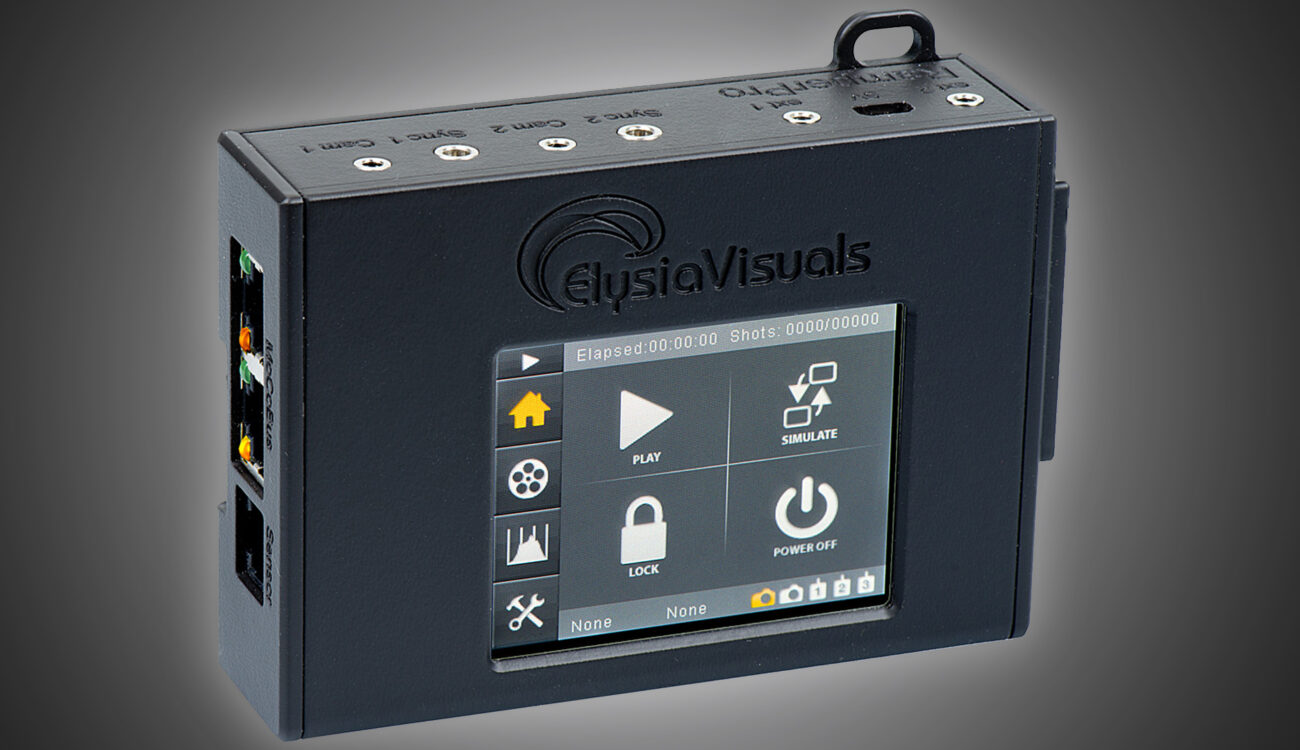 OK, after having seen the incredible timelapse masterpiece covered in this post, one could think everything is said and done regarding timelapsing. Nobody needs to do it ever again. But wait, there is hope for the rest of us. Elysia Visuals have just introduced a neat little timelapse controller, the Ramper Pro 3. 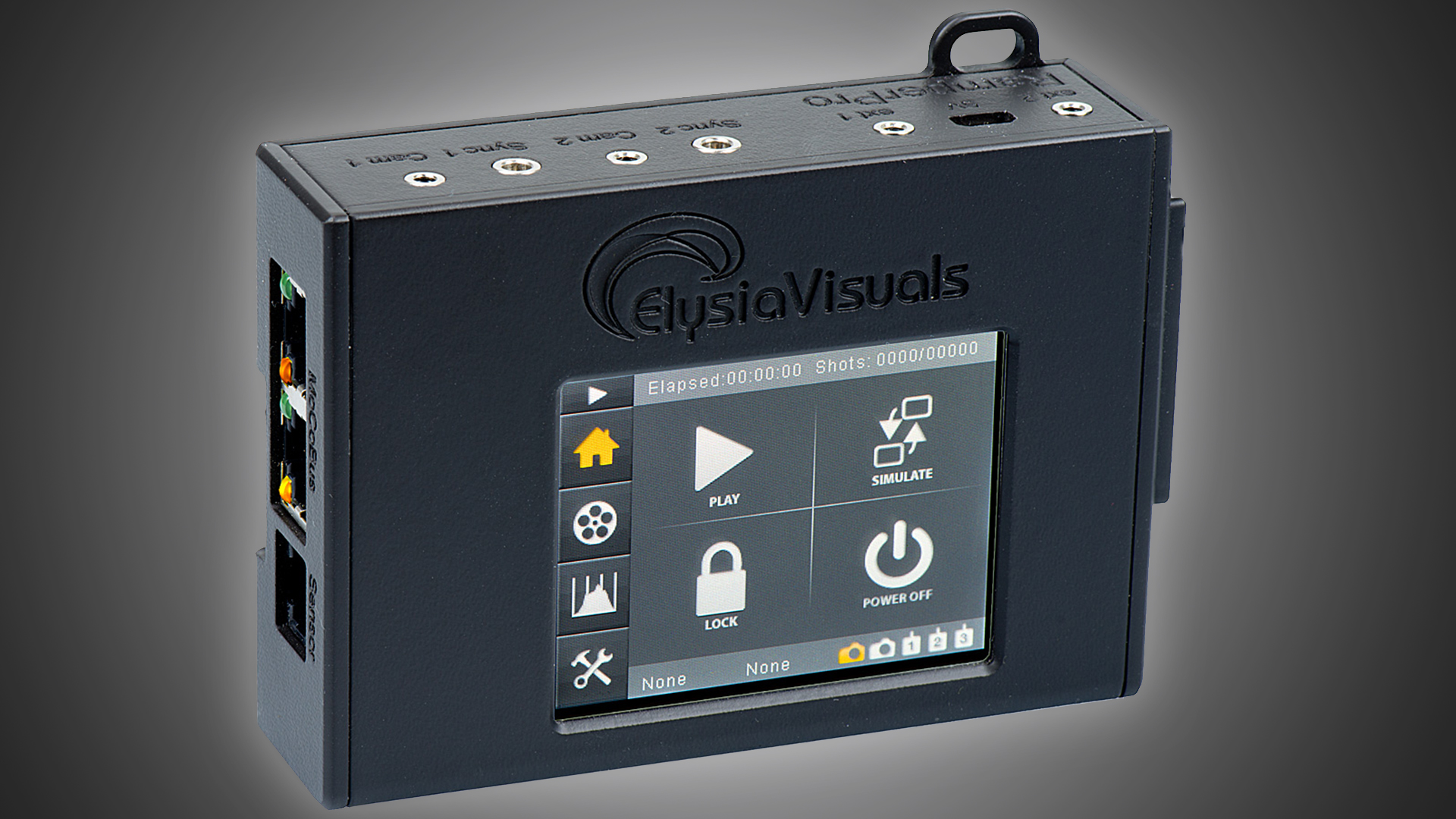 Evolution of the Ramper Pro

The original Ramper Pro by Elysia Visuals, a company from the Netherlands, has been in the the hands of many timelapse shooters around the world for a couple of years now. The developers clearly believed it was time for an upgrade, so here comes the brand new version 3 of the Ramper Pro timelapse machine.

This new version makes it even easier to capture the so called holy grail of timelapsing, the transition from day to night or vice versa. In order to achieve this trick, the Ramper Pro 3 device takes full control over the connected camera (or even 2 cameras at the same time), including an advanced light sensor for necessary measurements. 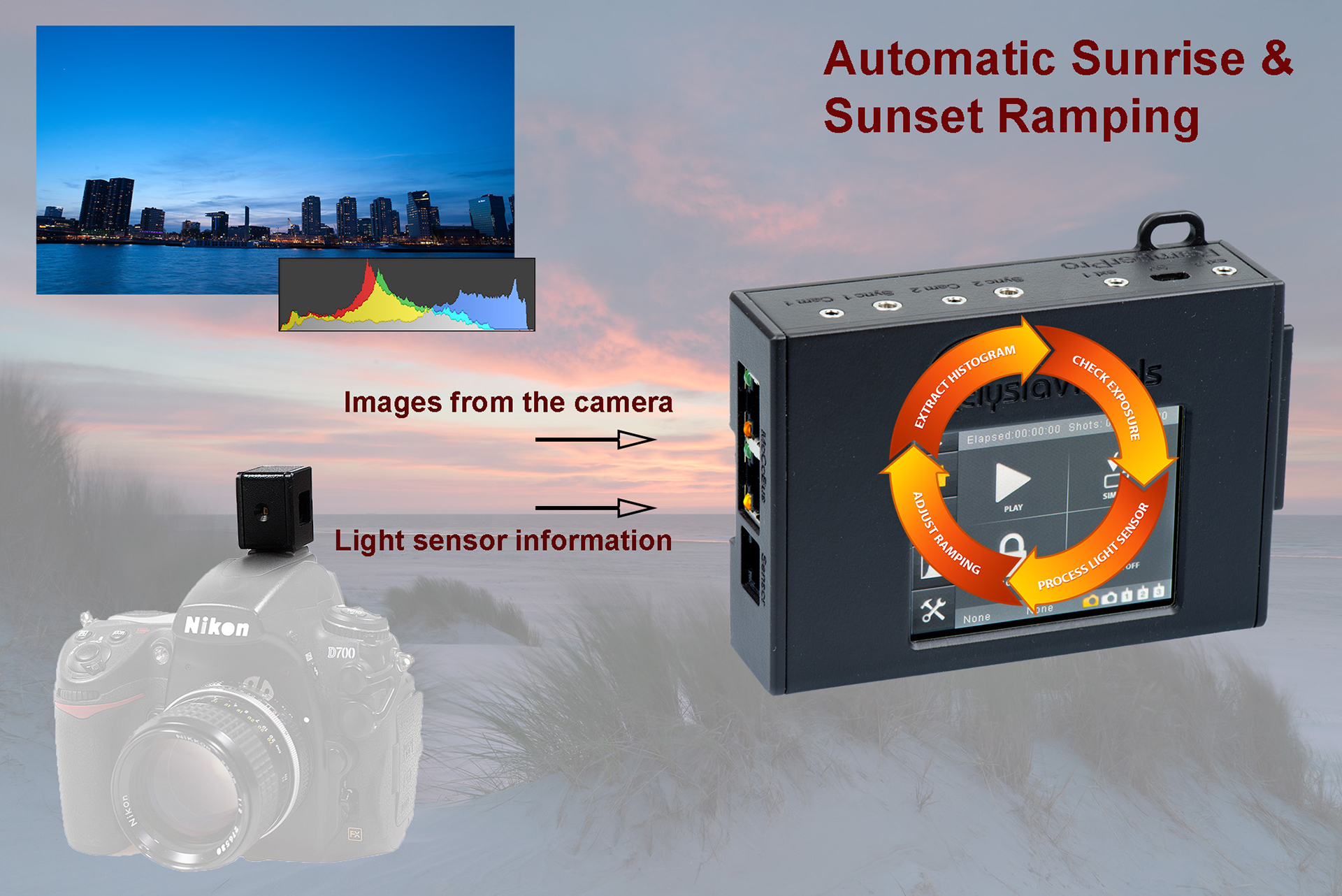 the internal processing of the Ramper Pro 3. (credit: ElysiaVisuals)

For each picture captured by the camera the Ramper Pro 3 will kick off an analysis process including the brightness of the given frame as well as a readout from the light sensor in order to adjust the settings for the next frame.

XMP files are generated automatically, so all the de-flicker information is right there when you import your image sequence into your RAW processing software of choice, such as Adobe Lightroom. After having made all the necessary (and artistic) adjustments, you’re all set for exporting the image sequence in order to render the final clip.

The software has been streamlined as well. The Ramper Pro 3 will now warn you if some default settings are being altered. You can rest assured that no weird settings stand in between you and that unique sunset timelapse anymore. All in all, the software is now pretty much self-explanatory which is nice as there is nothing more annoying than cryptic menu structures.

Here is a quick overview of the functions but please note: this video covers the original version, not the updated Ramper Pro 3:

This new version also sports wireless connectivity: both wifi and bluetooth standards are built right in. So you can preview your images in real time on a bigger screen such as a tablet which is very convenient! No need for a wifi dongle anymore.

On top of that, the Ramper has the ability to control and even program different motion control systems just by tilting the device itself, just as if it was a joystick. Sounds pretty neat but I haven’t tried that myself, though.

Alternatives to the Ramper Pro 3

When it comes to timelapsing I rely on a slightly different setup: LRTimelapse by Gunther Wegner and qDSLRdashboard by Zoltan Hubai. You might need a wifi router with a custom firmware in order to connect older DSLRs which don’t support wifi (watch a detailed tutorial here).

This results in pretty much the same holy grail timelapse you would get with the Ramper Pro 3. But personally, I like having the ability to tweak each and every keyframe to my liking with LRTimelapse. I might become convinced by this little device, though, as the Ramper Pro 3 is actually kind of a hardware combination of qDSLRdashboard and LRTimelapse, which is really cool and definitely worth a try!