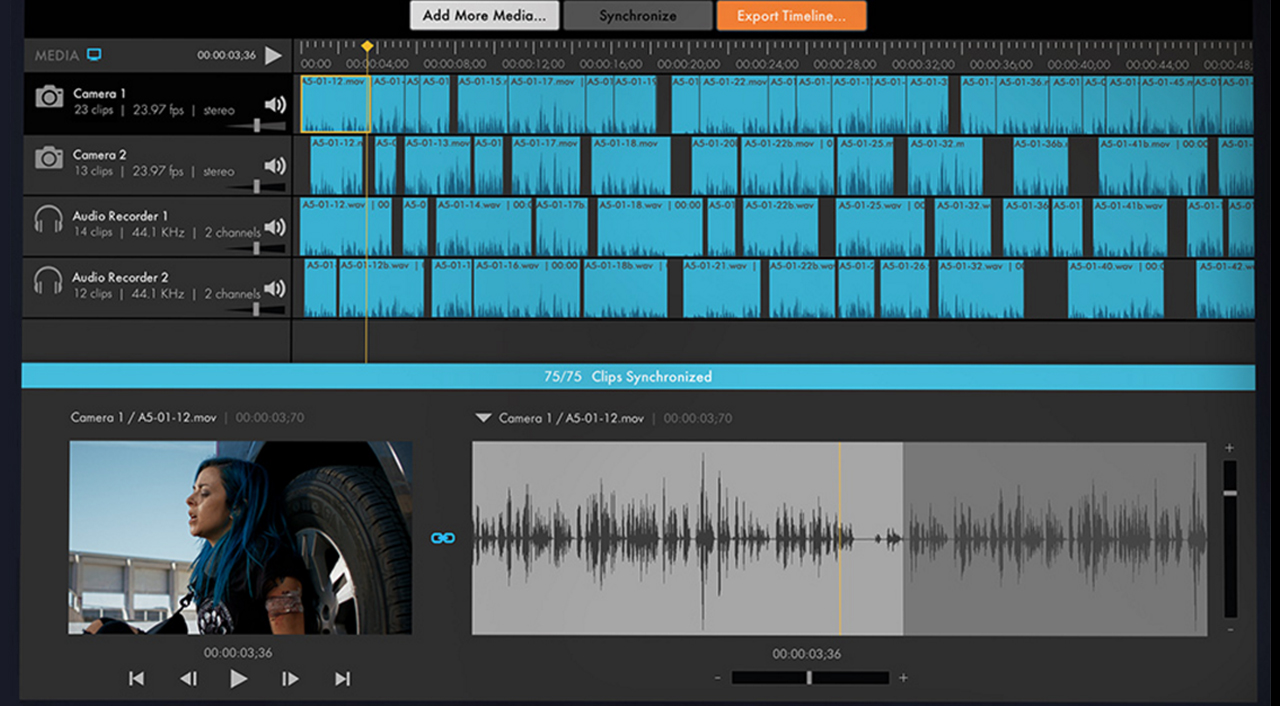 For those who don’t know, PluralEyes is a very useful tool for syncing audio and video. Whether it’s a single camera and audio recorder, or MultiCam setup with several audio sources.

The process is simple: it analyses similarities within audio tracks (you need reference audio for every video track) and matches them up, saving you hours of manually syncing multiple files.

So what does PluralEyes 4.0 bring us? I currently use 3.0 and was excited to learn a little more about the new features this update will bring. Below you’ll find some of the key points:

The last point maybe a little ambiguous but I will explain later. 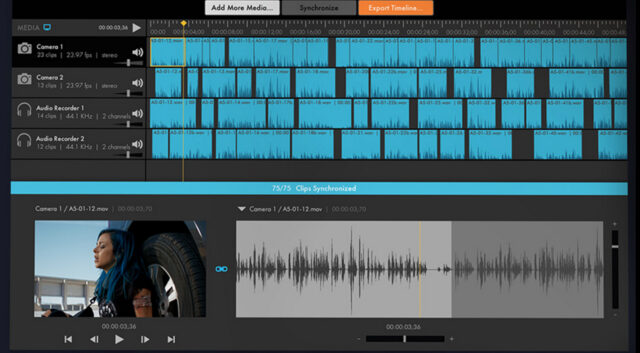 It’s clear Red Giant took a step back and reviewed PluralEyes from a user point of view. They’ve stripped the interface right back, removed the unnecessary user input for ‘how hard’ the software works & added Audio Drift Correction as standard. I completely agree that the previous PluralEyes tries a little too hard in emulating an NLE interface; I simply want to sync my clips and get out of there.

Previous link up with NLE programs was pretty quick and easy; one extension click in Premiere Pro and your timeline was importing into an auto-opened PluralEyes. After syncing had completed, a click of the export button would close the program and return you to Premiere Pro with some newly made timeline in your project bin.

PluralEyes 4.0 is even quicker; the audio sync software now opens in a panel within Premiere Pro, meaning you don’t even have to enter a standalone piece of software:

There are a couple of easy access features from the PluralEyes panel in Premiere Pro (or other NLEs), you can colour code un-synced clips and send them to the end of the timeline—a nice feature for quickly organising your timelines.

Expanding on my last bullet point, it seems as if the analysing process is now faster in PluralEyes 4.0. If there was one aspect I’d like to have changed from version 3.0, it was the speed of analysis; 4 video sources around an hour in length would take a while to chug through.

For this reason I was happy that PluralEyes would open in a standalone program, I could leave it run in the background and get on with other editing tasks. The above tutorial on its integration with Premiere Pro shows an hours worth of footage (from 3 sources) analysed in realtime. From previous experience, I was pretty impressed with how fast it does this, but there are so many variables that I couldn’t confirm whether the overall speed has been significantly improved; I’d be very keen to try it out and see how fast it operates within Premiere Pro.