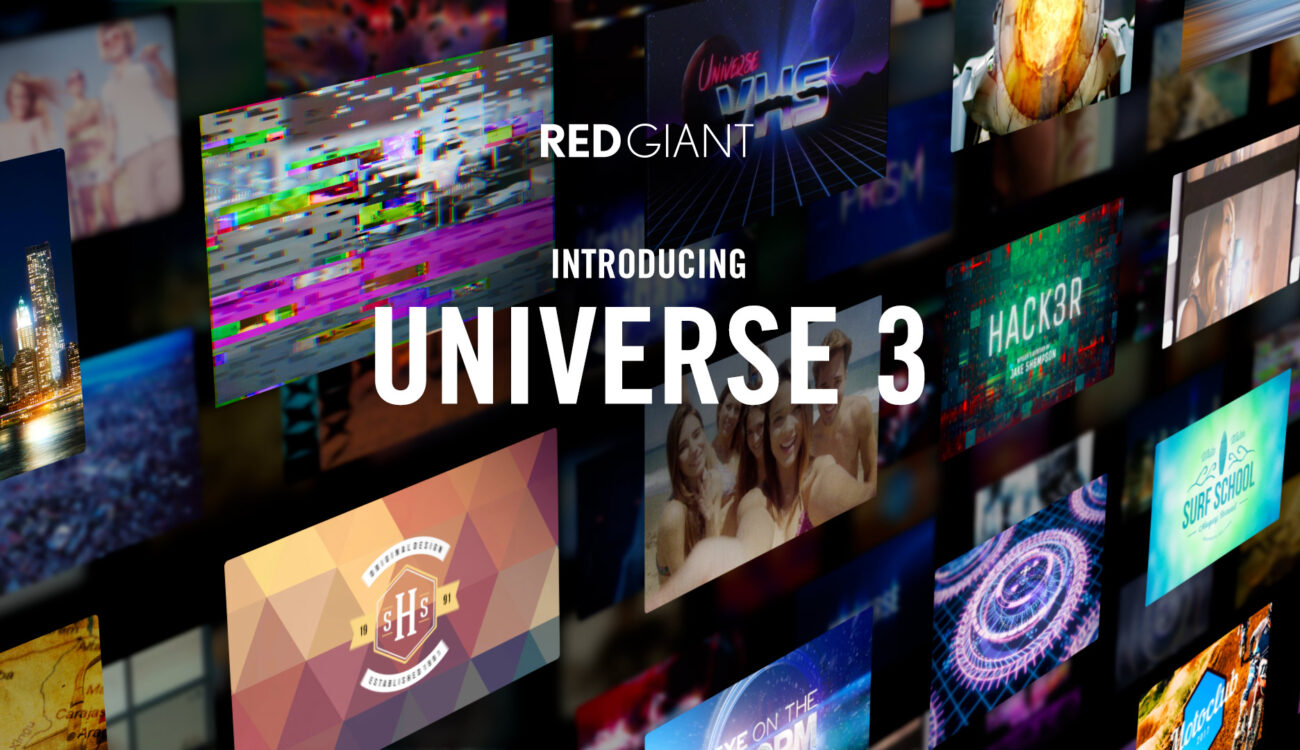 Red Giant Universe 3.0 was released recently. It boasts a new dockable Dashboard that makes it simple to explore and apply effects and presets in Adobe Premiere Pro and After Effects. It also brings five new text generation effects, presets for every tool, and the option to save customized presets.

Red Giant is a software company that creates tools for filmmakers, editors, VFX artists and motion designers. Over the last decade, their products (like Magic Bullet, Trapcode, Universe and PluralEyes) have become the standard in film and broadcast post-production. It is almost five years since they launched the first (public beta) version of Universe. Now, the Universe 3.0 was announced. Red Giant defines it simply as “video transition and effects plugins for editors and motion graphics artists”. What is new in version 3.0?

The new dockable Universe Dashboard (in Adobe Premiere Pro and After Effects) keeps all the tools easily accessible and makes it simple to explore and apply Universe’s entire library of effects and presets. Users can now save effects as favorites and easily find recently used effects and transitions. A modified version of the Dashboard is also available for other applications outside of Adobe Creative Cloud.

At this point, it is worth mentioning that Red Giant offers a lot of tutorials for many different Universe tools in form of YouTube videos. You can check them here:

Another new feature of Red Giant Universe 3.0 is presets. In the new version, every tool comes with presets that can be explored via the new Dashboard. In addition, there now is a “Save Preset” button for every Universe effect, which lets users save presets to the Dashboard (Adobe Creative Cloud apps) or the preset browser (non-Adobe Creative Cloud apps), depending on which application is being used.

What do you think of the Red Giant Universe 3.0 Update? Have you been a Universe user? Let us know in the comments underneath the article.