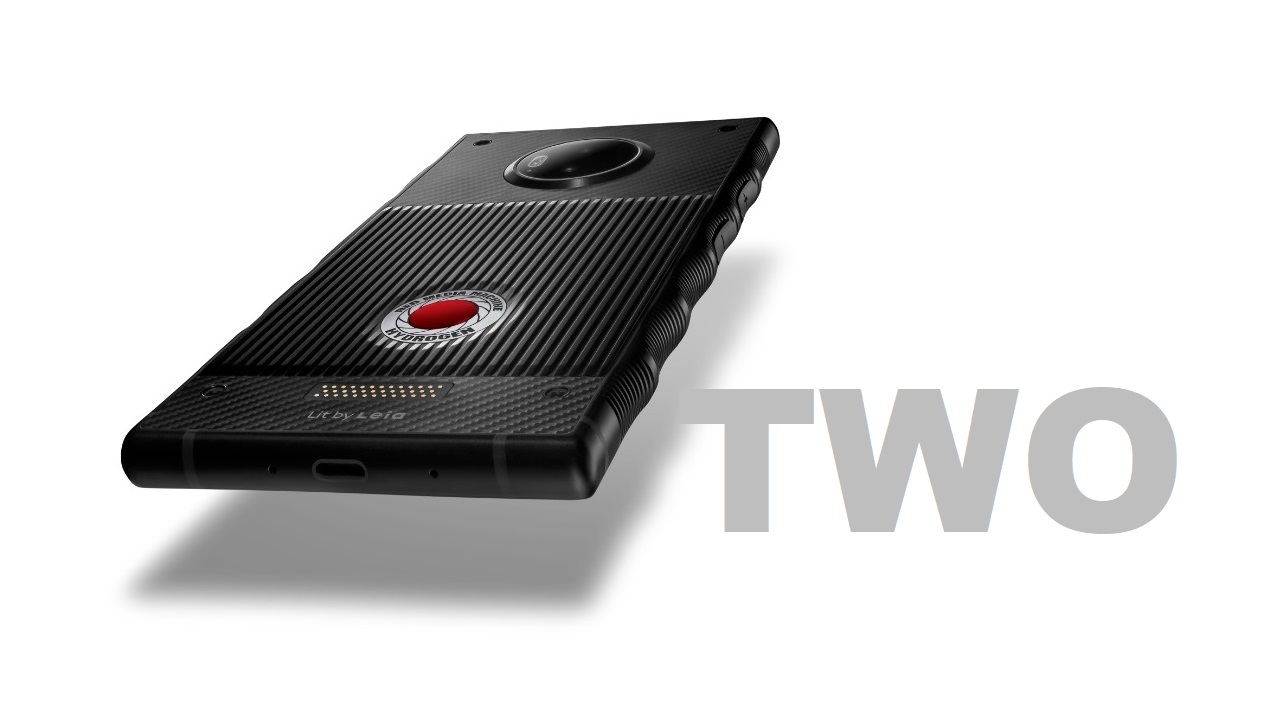 Jim Jannard, RED founder and the main man behind the HYDROGEN project, has announced his team started working on the second generation phone – HYDROGEN Two. They are also redesigning the camera module with a new sensor. HYDROGEN One customers will be able to get the new phone and the camera module earlier and for a better price. 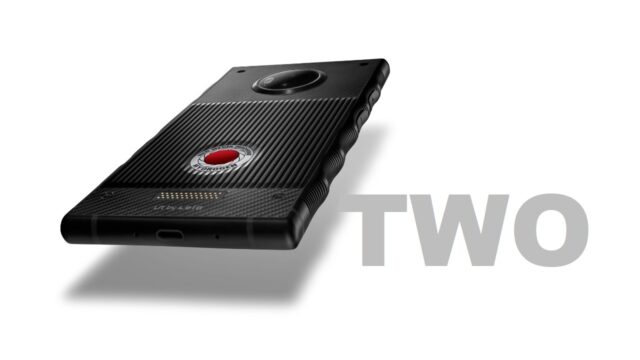 HYDROGEN One – RED’s first smartphone. How will the HYDROGEN Two look like?

First, let me briefly summarize the history of the HYDROGEN project. RED officialy announced their first smartphone – the HYDROGEN One – almost exactly two years ago, in July 2017. Only after having started developement of the phone, RED realized the real size of the project and vast amount of challenges they will have to face. The HYDROGEN One release was postponed few times from initialy promised Q1 2018 to Q4 2018. Some pre-orders shipped by the end of Q3 2018. There were even more issues with the titanium version of the phone, so that one got delivered even later.

As it usually is the case with first generation of any product, the RED HYDROGEN One wasn’t a perfect phone. Many users were complaining about the build quality and reliability of the phone. I noticed that especially the fingerprint sensor was breaking down very quickly. In fact, Mashable called it “The worst tech product of 2018.” Ouch.

RED also promised to bring a complex ecosystem of add-on modules to the phone. Probably the most anticipated was the cinema camera module, which was supposed to turn the HYDROGEN One into a very capable filmmaking device. The modules did not come (yet), though. 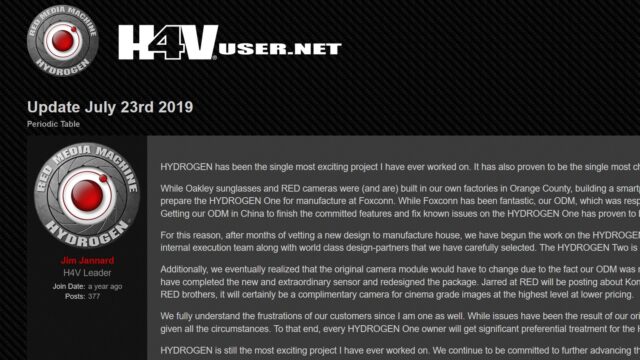 We are already used to look at RED’s forums – reduser.net and H4Vuser.net –  when it comes to new announcements as that is the way RED decided to communicate with the outside world. This announcement has not been any different. On July 23rd Jim Jannard published the following post on H4Vuser (unedited and in full length):

While Oakley sunglasses and RED cameras were (and are) built in our own factories in Orange County, building a smartphone with challenging and new disruptive technologies at the RED factory just wasn’t possible given the competitive nature of the market. We chose an ODM in China to prepare the HYDROGEN One for manufacture at Foxconn. While Foxconn has been fantastic, our ODM, which was responsible for the mechanical packaging of our design including new technologies along with all software integration with the Qualcomm processor, has significantly under-performed. Getting our ODM in China to finish the committed features and fix known issues on the HYDROGEN One has proven to be beyond challenging. Impossible actually. This has been irritating me to death and flooding our reactor.

For this reason, after months of vetting a new design to manufacture house, we have begun the work on the HYDROGEN Two, virtually from scratch, at a new ODM that is clearly more capable of building and supporting the product we (and our customers) demand. We also have put into place a new internal execution team along with world class design-partners that we have carefully selected. The HYDROGEN Two is being methodically designed and crafted to surprise and exceed expectations… again, just as you would expect from us.

Additionally, we eventually realized that the original camera module would have to change due to the fact our ODM was not going to competently complete the module that they committed and guaranteed to do. Our best option was to modify the program and bring it back into the RED house. We have completed the new and extraordinary sensor and redesigned the package. Jarred at RED will be posting about Komodo fairly soon. Its capability will vastly exceed the originally planned module. The HYDROGEN One and Two will integrate with this new camera. While it does not replace its big RED brothers, it will certainly be a complimentary camera for cinema grade images at the highest level at lower pricing.

We fully understand the frustrations of our customers since I am one as well. While issues have been the result of our original ODM’s short comings, we also understand that customers solely look to us for their satisfaction. We remain committed to taking care of our customers the best way we can given all the circumstances. To that end, every HYDROGEN One owner will get significant preferential treatment for the HYDROGEN Two and/or new Cinema Camera model, both in delivery allocations and pricing.

HYDROGEN is still the most exciting project I have ever worked on. We continue to be committed to further advancing the “image capture in your pocket” device as well as providing the highest quality image capture devices to more people than ever before.

We are not done…

There is a discussion about Jim’s post at H4Vuser. If you want to find out more, follow this link. 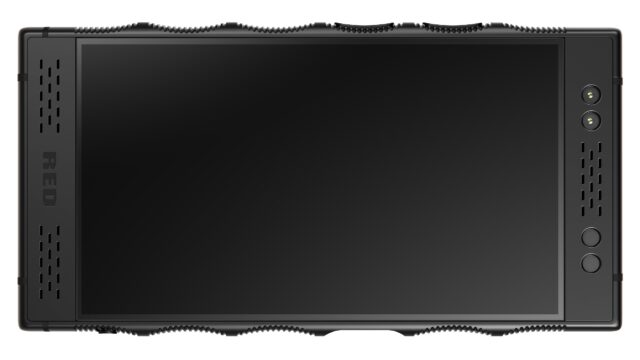 HYDROGEN One – RED’s first smartphone. How will the HYDROGEN Two look like?

It is interesting to see that RED’s ODM (original design manufacturer) in China is the one standing behind the construction problems of the HYDROGEN One. Jim announced they started working on the second generation of the phone – the HYDROGEN Two – with a different ODM. But as Jim already mentioned, the blame always goes to the name of the manufacturer who ends up on the finished box – RED.

RED is also redesigning the promised cinema camera module. He claims that it will be much better than originally planned (which will be hard to prove as the original one was never released) and it looks like it will be compatible with both HYDROGEN One and Two. It looks like the camera module will be called Komodo, feature new sensor and redesigned package. More news about it are expected from Jarred Land soon.

Last but not least, Jim said that HYDROGEN One owners will be able to get the new HYDROGEN Two and the camera module earlier and at a better price.

What do you think of the HYDROGEN project and what do you expect from the HYDROGEN Two? Do you have the first generation? How are you satisfied with it? Let us know in the comments below the article.