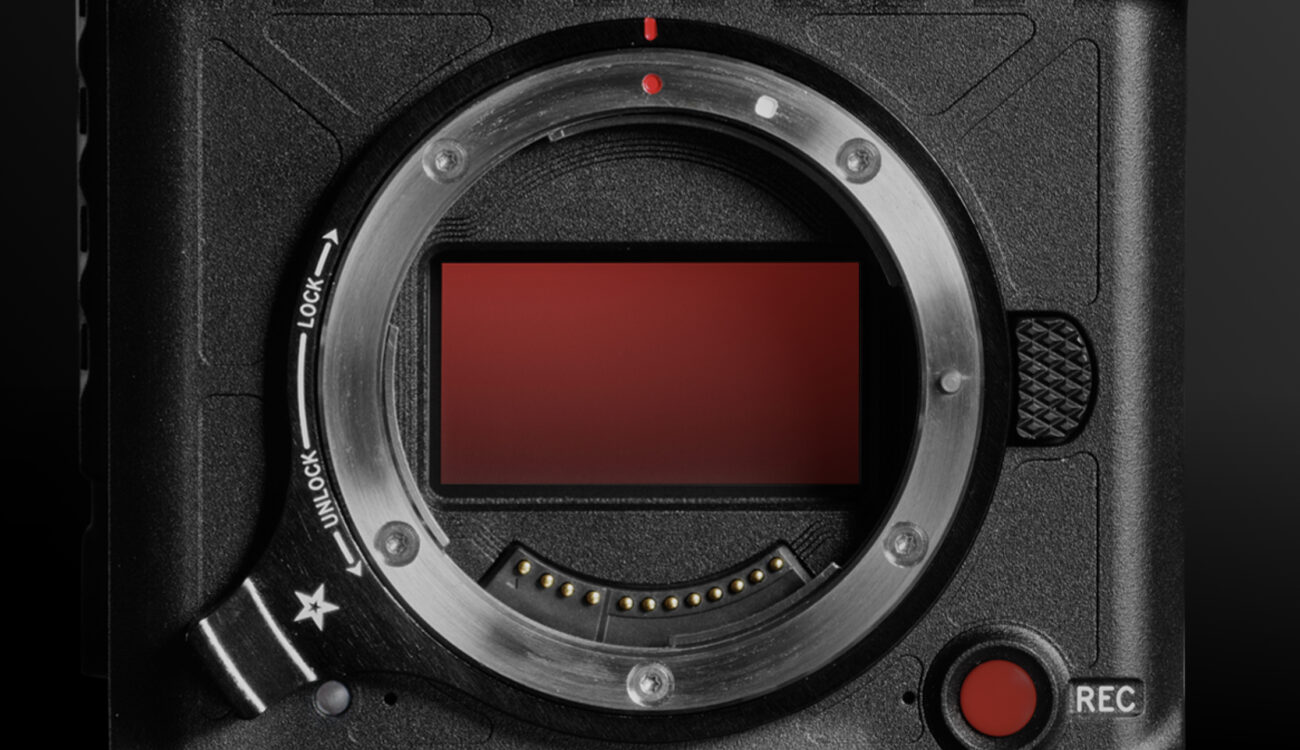 Some RED V-RAPTOR users recently spotted a thin, undesired vertical line at the center of some of their shots. It looks like this imaging artifact only appears in specific shooting circumstances and it’s probably due to the stitched design of the sensor. RED engineers are working hard to solve the V-Raptor stitching issue.

It’s now been three months since the release of the RED V-RAPTOR. The company’s new flagship camera features an 8K 35.4MP Vista Vision sensor that is simply stunning on paper. Moreover, according to the manufacturer, it records the highest dynamic range ever on a RED camera.

However, in the last few days, some V-RAPTOR footage popped up showcasing a strange imaging issue. In fact, in specific lighting scenarios, a vertical line crossing the center of the frame from top to bottom is revealed. Let’s take a closer look at what might be causing this issue.

Due to manufacturing restrictions, most large-format sensors in the industry are obtained by stitching two smaller sensors together. This is true for RED Vista Vision sensors, including MONSTRO and V-RAPTOR, but it also applies to other manufacturers as well, as in the case with the ARRI Alexa 65 and Alexa LF.

Of course, this stitched design doesn’t result in any imaging issues in normal shooting conditions. However, as confirmed by RED, in very rare circumstances the thin stitching line between the two halves of the sensor might become visible.

Sample footage of the stitching issue

A clip posted by cinematographer Brandon Peterson is a clear example of this flaw. As the backlit subject moves through the frame, the stitching line in the center becomes evident. Brandon was kind enough to enable the download of an 8K ProRes version of the shot from his Vimeo channel, so you can better judge yourself.

It looks like RED engineers are busy investigating the cause of this issue. Jarred Land himself, CEO of RED, jumped into the conversation on social media to share updates on this topic with V-RAPTOR users.

He confirmed that the camera’s sensor is stitched. However, according to him, there might be an optical issue with the adapters that enhances the difference between the two halves of the sensor. In fact, he claims:

“This most likely is not actually a sensor stitching issue. Every VV sensor we have made has been stitched. It seems to be an optical issue with the adapters but that analysis is a bit premature, we are still exploring […]. The actual line is not optical , but flares from very rare stray light at extreme angles bouncing around the adapters sweeping across the sensor which highlights the split.”

Stay up-to-date on this topic

Up to this point, it’s not clear if this stitching issue is caused by an actual manufacturing inaccuracy or it can be fixed with better calibration or via firmware updates. What’s certain is that this flaw poses major image quality concerns and it might prevent potential customers from purchasing the camera.

However, according to V-RAPTOR owners facing this issue, it seems the RED team has been very efficient in providing support so far and I bet they’re doing their best to have the situation sorted out as soon as possible.

Meanwhile, if you’d like to learn more and stay updated on this matter, you can follow and join the conversation on reduser.net.

Have you tried out the camera yet? Did you incur in RED V-RAPTOR sensor stitching issue? Share your experience in the comments below!