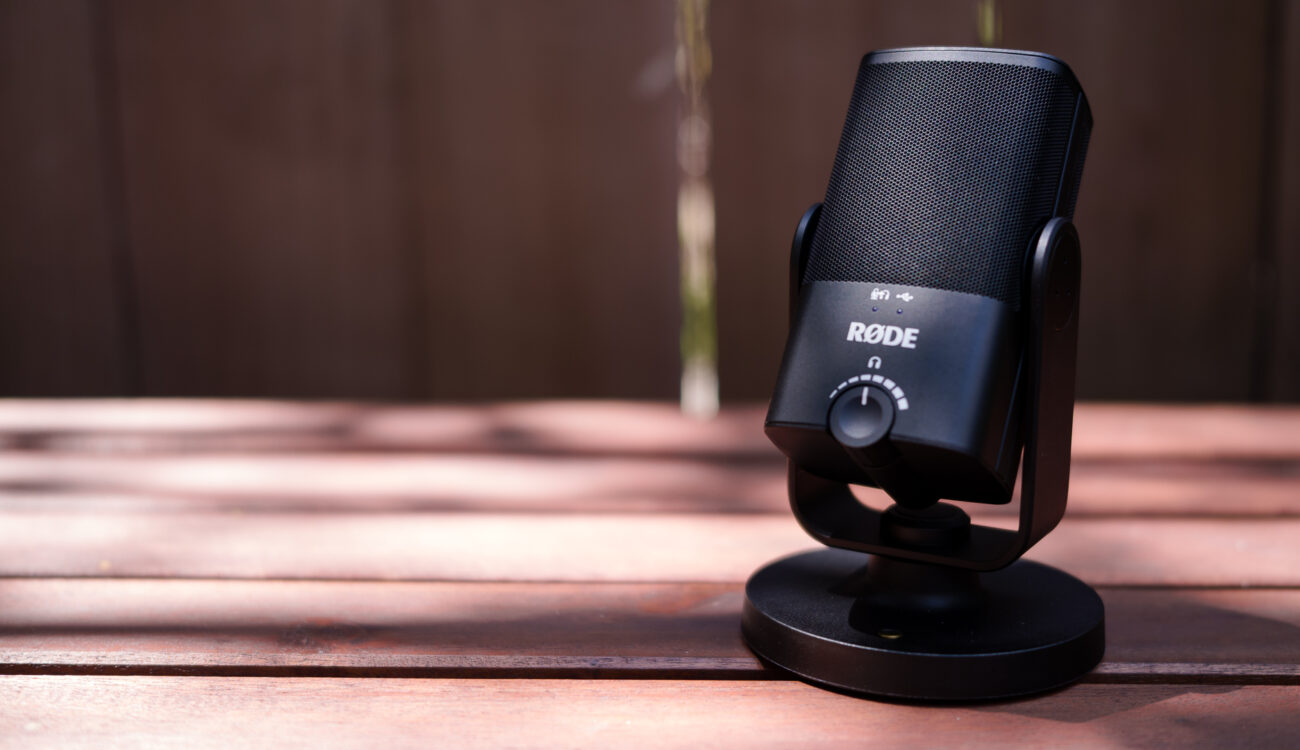 Like some of you my focus wasn’t on streaming prior to recent world events and I had to learn quickly how to adapt. Over the past few weeks I have been slowly upgrading my at-home production capabilities with varying degrees of success and when the opportunity to review the RØDE NT-USB Mini popped up I jumped on it. Could this be the answer to improving the sound quality of my streams and yours? Fingers crossed. Full review including audio sample below:

They’re not kidding when they call this the NT-USB “Mini”. My home office isn’t gigantic and with desk space at a premium I’m looking for something that bumps up my streaming production value a notch and doesn’t take up what little space I do have. In short, this mic is tiny and weighs in a little over a pound. The 360-degree swing point gives you plenty of freedom when you’re searching for the right position.

I’ll be the first to admit I’m not an audio engineer, but the full 24-bit, 48kHz recording sounds great in my humble opinion and it’s a massive step up from the built-in microphone in my 2017 Macbook Pro. This is also impressive for the price point of $99. The mic features a built-in pop shield which I’ll admit makes me a little nervous given the size. Despite that, I didn’t hear too many pops on the recording tests I did, though it would be nice if there was an easy way to mount a pop shield slightly out from the mic capsule itself to further reduce vocal pops.

The mic capsule mounts to the stand using magnets and I was initially worried it would be easy to knock over during normal use, but the magnets held throughout many sessions and the overall weight actually serves to keep the NT-USB Mini firmly planted on the desk. I did find the mic sits a little low for me on the desk and it might be worth picking up one of the many available accessories for mounting it a bit higher.

You be the judge! Click here or below for an audio sample from the NT-USB Mini. This file was recorded straight into Quicktime on my 2017 Mac Pro and uploaded directly to Soundcloud with no post processing.

Who is the RØDE NT-USB Mini for?

I alluded to this earlier, but my primary use case for the NT-USB Mini is for streaming. Beyond streaming, RØDE is touting the mic as being great for gamers, podcasters and business professionals and I have no reason not to believe that, but I’ll be concentrating on the streaming part for this review.

The cardioid polar pickup pattern is great for a single speaker positioned close (within about 3 to 5 inches) to the front or sides of the mic and that’s about it. The design goal here is clear: this is mean’t for one speaker and that might be limiting for your needs, but it also keeps the overall cost of the device lower.

Setup consists of plugging a USB C cable from the Mini into your Mac, PC or tablet. Input is handled through your computer and not on the mic itself. A 3.5mm output jack is available for monitoring with your favorite headphones. Simply clicking the headphone volume wheel on the front of the mic will enable zero latency monitoring — a helpful feature during streams.

The RØDE NT-USB Mini also looks stylish enough to not worry about it being in the frame — it adds to the overall professional look of your live streams visually.

Other competitors to the RØDE NT-USB Mini include devices from: Blue Yeti, Samson, Shure and Audio Technica.

There are other desktop mics on the market, but I think you’ll be hard-pressed to find something as compact and as useful as the NT-USB Mini for desktop vocal recording. For the price tag of $99 I was pleasantly surprised by the pleasing full sound you get out of the mic and in this brand new world of streaming that we’re all living in this makes for an excellent upgrade for your home setup. The NT-USB Mini isn’t pretending to replace more expensive “pro” options for things like VO recording aimed for theatrical release, but it is a great way to upgrade your home audio capabilities.

What do you think of the RØDE NT-USB Mini? Are you currently in the process of upgrading your at-home production capabilities? Let us know in the comments below!