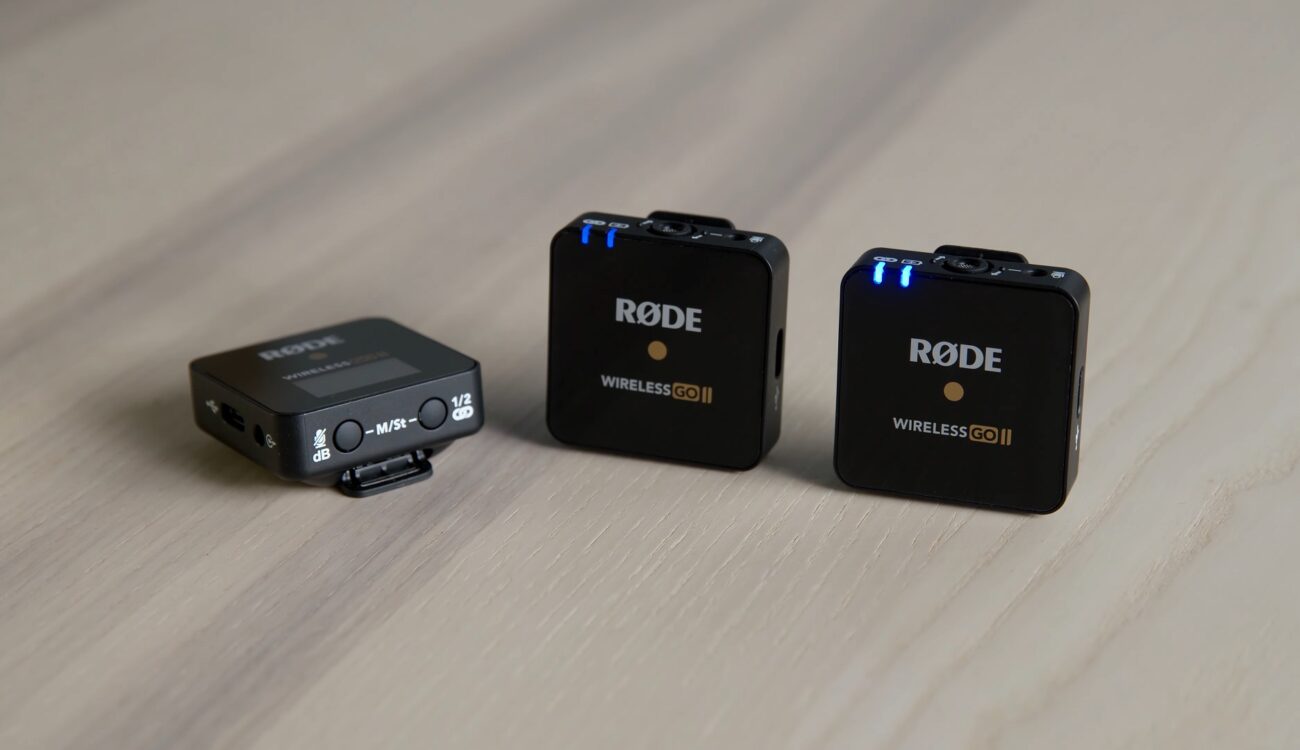 RØDE Wireless GO II system is getting a new free firmware update that brings standalone onboard audio recording without the need to connect the TX to the RX, LED brightness adjustment for the transmitters, low sensitivity mode, and the ability to manually drop markers into the onboard recording with the power button.

The popular compact-sized wireless audio system was refreshed in February 2021 when RØDE announced the Wireless Go II. Perhaps the most notable update with the second generation Wireless GO was the added support for the dual-channel system with two transmitters. Now, the Australian company releases a firmware update for the RØDE Wireless GO II that brings some interesting new features. Let’s take a look at it.

The first new feature included in the new firmware is a standalone onboard recording. Previously, the Wireless GO II transmitter units (TX) started recording internally as soon as they connected with the receiver (RX). Now, there is no need for the TX to be connected to the RX. Once activated within the updated RØDE Central app, onboard recording will begin as soon as the transmitter is switched on, and will continue recording until it’s turned off. This essentially turns the Wireless GO II into a compact field recorder. It is worth mentioning that this feature only works when recording in uncompressed mode. Each transmitter has a built-in memory, that can fit up to seven hours of uncompressed audio recording.

Furthermore, the update unlocks the LED brightness adjustment for the transmitters. A dimmed-down LED light might come in handy as the transmitters are often visible in the shot and the LEDs could be obtrusive in darker scenes.

The next new feature includes a low sensitivity mode for the transmitters. This might be ideal for situations when the transmitter is very close to the speaker’s mouth – such as when using the Interview GO handheld adapter. Last but not least, the new update adds the ability to change the functionality of the transmitter power button to drop markers into the onboard recording or to mute the transmitter.

The update along with the RØDE Central App is available for free download at the RØDE Product Website for both Windows and macOS systems. The RØDE Wireless GO II system itself is available now for $299 (around €266 plus VAT in Europe).

Do you use RØDE Wireless GO II for your audio recording? How do you like it? What do you think about the newly added features? Let us know your thoughts in the comments section below.