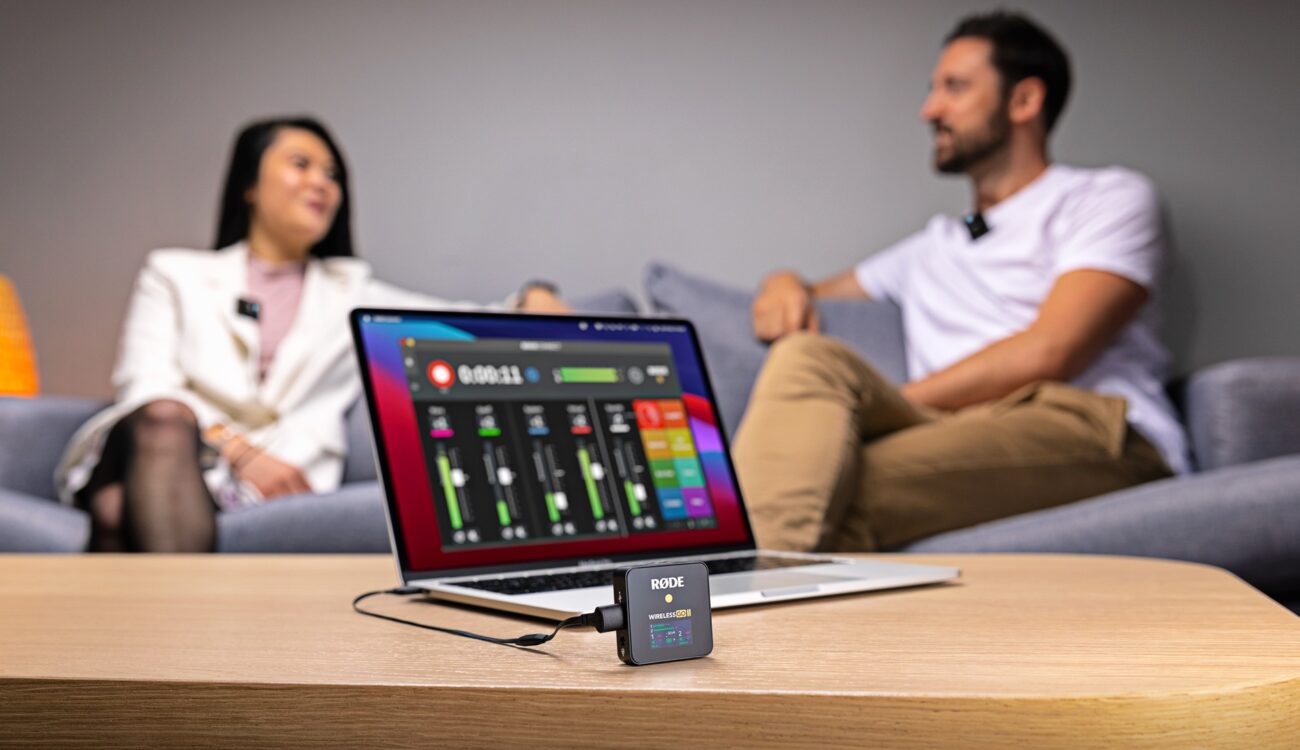 RØDE Wireless GO II audio system got a new update that brings compatibility with the RØDE Connect desktop app for podcasting or streaming and the new RØDE Central mobile app for advanced configuration possibilities. The new firmware update as well as both apps are now available to download for free.

The Australian audio giant RØDE seems to focus on its affordable dual audio system Wireless GO II. Since its launch in February 2021, the Wireless GO II has already received a significant update in April 2021 which unlocked standalone onboard audio recording and more. With the latest update, RØDE is showing more love to the Wireless GO II. Only a few days ago, the company added compatibility with the RØDE Connect desktop app and the new RØDE Central mobile app. Let’s take a look at the details of the latest Wireless GO II update.

Up until now, RØDE Central existed as a desktop app only. Its purpose is to serve as a companion app to the GO II, which allows users to configure the microphone, unlock advanced features, and access the latest firmware updates.

What’s new is that RØDE Central is now available on iOS and Android as well. The settings that can be adjusted include switching between “Merged” and “Split” recording mode, adjusting the gain setting and unlocking the fine gain control, activating the safety channel, and more.

Launched in early 2021, RØDE Connect is RØDE’s podcasting and streaming software. Previously only compatible with the NT-USB Mini, the GO II can now be used with RØDE Connect, allowing users to podcast or stream on a computer with GO II’s audio. RØDE claims that this is the first time ever that a wireless microphone system has been fully integrated with streaming software. The solution is suitable for IRL streaming, recording presentations or classes, and more.

RØDE Connect allows two Wireless GO II systems to be connected to a single computer. Each transmitter can be allocated to its own channel in the software for a total of four separate wireless audio streams, each with an individual level meter, as well as solo and mute buttons. The GO II can also be used in conjunction with the NT-USB Mini within RØDE Connect. The RØDE Connect app is available to download for free now. To know more about how to use RØDE Connect, head to the RØDE Connect Learning Hub.

Both RØDE Central Mobile and RØDE Connect as well as the recent firmware update for the Wireless GO II are available to download for free now. The RØDE Wireless GO II itself currently sells for $299.

Do you use RØDE Wireless GO II for your work? How do you like working with the compact audio system? Do you welcome the new updates? Let us know your thoughts in the comments section below.