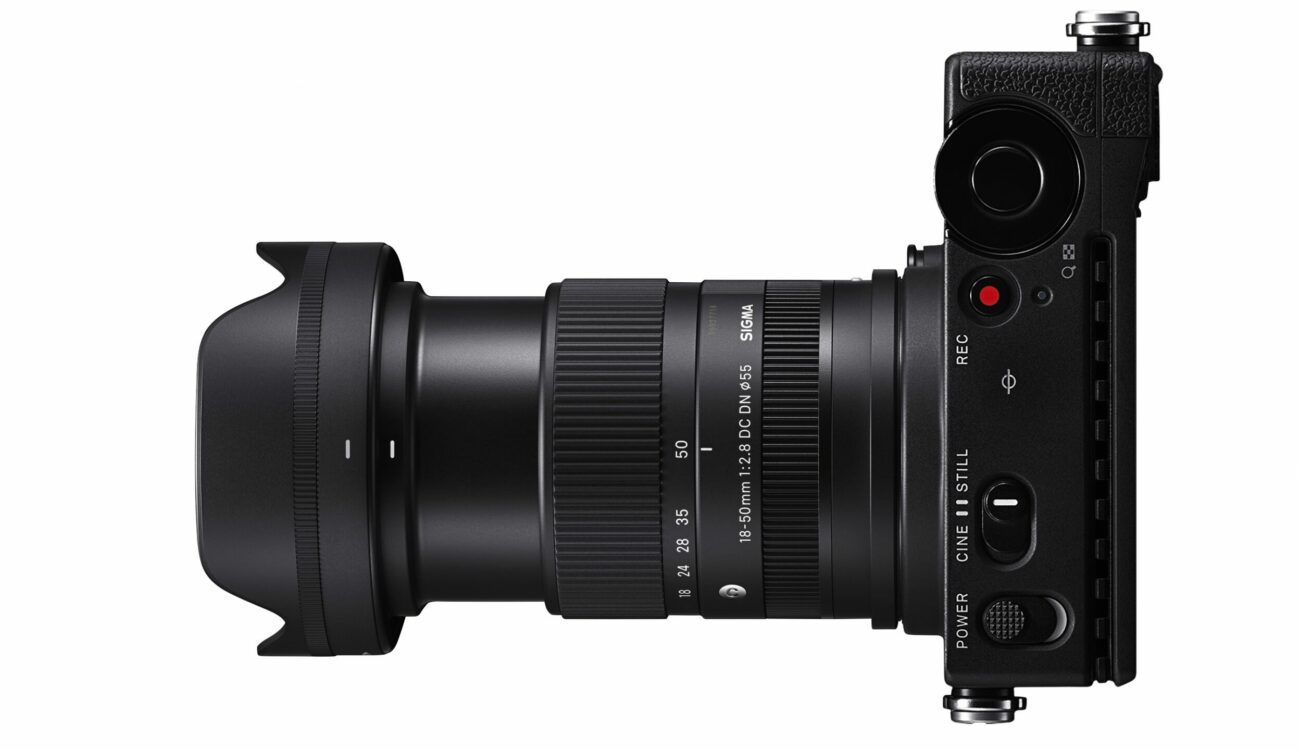 In case you don’t remember, an 18-50mm F2.8 SIGMA lens already exists, but it’s made for EF and the design is quite old. The new and upgraded one is specifically designed for mirrorless systems, therefore features a compact design with three aspherical lenses.

The new lens is part of the Contemporary lens series, a category made by SIGMA for more affordable and compact lenses. The counterpart is the ART series with the focus on image quality.

So far Sigma features only four mounts in their general mirrorless lens lineup: L, E, MFT, and EF-M mount. It would be interesting to see Sigma extending their portfolio with something like Canon R, Nikon Z, and Fuji X mounts. Of course, their focus is primarily on the L-Mount Alliance (which cine lens maker Leitz recently joined, you can read about it here). But I guess it’s not only up to them to decide, as licensing could be a problem.

SIGMA recommends using the SIGMA 18-50mm with their SIGMA fp or fpL in APS-C mode. Not ideal in my opinion as you’re “wasting” sensor size by cropping parts of it. There’s only one Leica L-mount APS-C camera I know of, the Leica CL, and I don’t think you would want to put this affordable lens on an expensive camera like that. It fits much better to the APS-C E-mount cameras like the Sony a6600 or ZV-E10.

SIGMA claims good autofocus due to fast and quiet stepping motors, which would make them suitable for vlogging or run-and-gun video scenarios. The manual focus is done by a focus-by-wire ring. A remote follow focus wouldn’t work well on this lens, but I guess it’s made for a different use case.

Focus-by-wire means that you’re not directly controlling the focus mechanically, you are just triggering an internal motor to move. This has become the norm with both mirrorless and DSLR consumer lenses.

What do you think about this lens? What kind of new lens are you hoping for SIGMA comes up with next? Let us know in the comments.