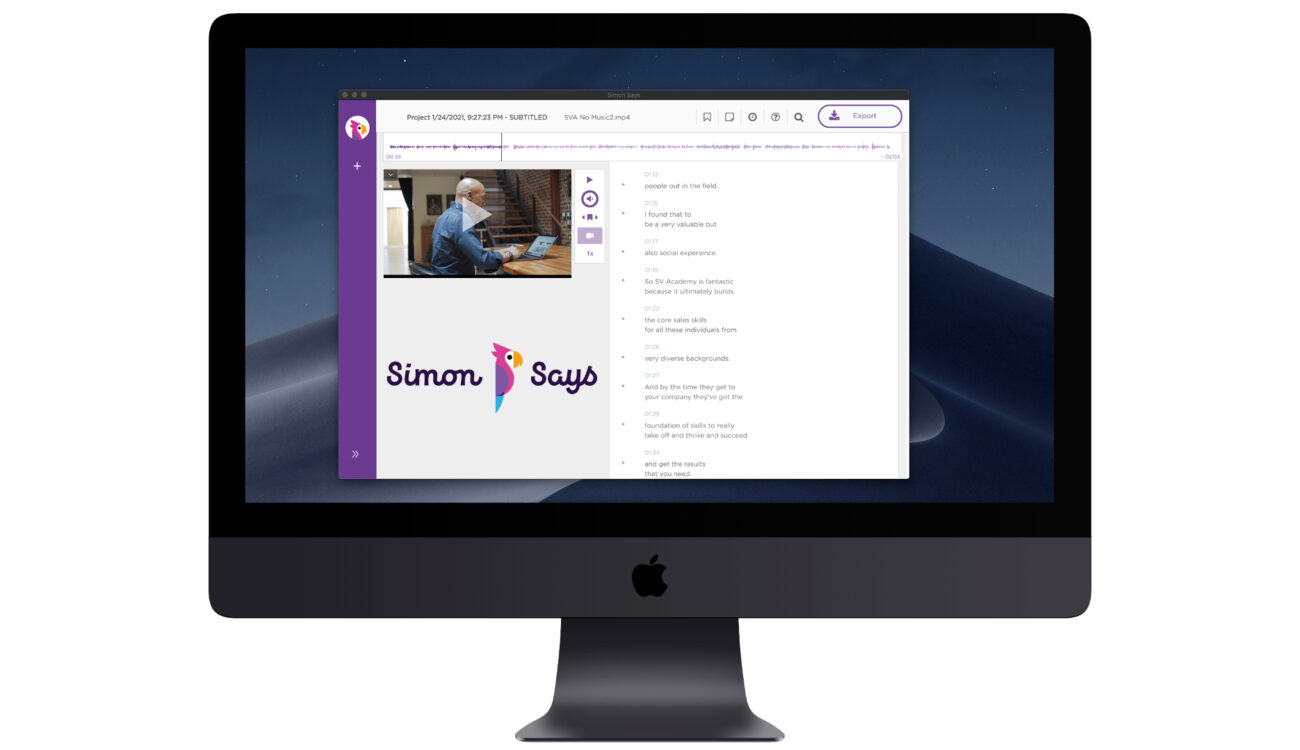 Simon Says announced a new feature related to its AI-based transcription engine: Simon Says On-Prem lets you transcribe your valuable footage without having to upload anything to the cloud.

We have already reported on the abilities of Simon Says to streamline the transcription of footage. Check out our articles here and here, as well as our coverage regarding the new Simon Says Assemble here and last but not least our interview with CEO Shamir Allibhai.

The tagline for running Simon Says On-Prem goes like this: the efficiency of A.I. meets the security of on-prem. And it seems that we are talking about exactly that: efficiency and security.

If you work in large organizations, you most likely have to adhere to strict IT security policies. Terms like SOC 2, TPN, CDSA, MPAA, and HIPAA spring to mind. So uploading a bit of footage to the cloud for transcription is not really an option in such an environment. Simon Says On-Prem solves this problem by providing a complete, self-contained software solution of its AI-based transcription service for any air-gapped computer.

In order to tun Simon Says locally, you need a decently specced machine of course.

Once the software is installed, no internet connection is required, the whole thing runs 100% locally on your machine. Nevertheless, you get an intuitive editor where video and transcript are always in sync and automatic alignment of the transcript to the media start timecode.

Here is a quick rundown of all the top features:

Simon Says integrates with all the major editing applications – Adobe Premiere Pro, Avid Media Composer, Apple Final Cut Pro X, and DaVinci Resolve. Once your’re done transcribing your footage you can export it to any of the above NLEs.

Just as with the “regular” Simon Says in the cloud, the On-Prem version works as a pay-as-you-go service, not a subscription. It is priced based on credit for hours of transcription. Typically a team pays for the hours it needs to cover the duration of the media to be transcribed in a project. When a team needs more credit, it simply purchases
a new license for more credit hours.

The cost for transcription credit is based on the amount of hours needed: the larger the volume, the less the cost per hour. The minimum amount of hours you need to purchase is 100 hours.

Do you use Simon Says already for your productions? Would a On-Prem verson makes sense to your workflow? Let us know in the comments below!