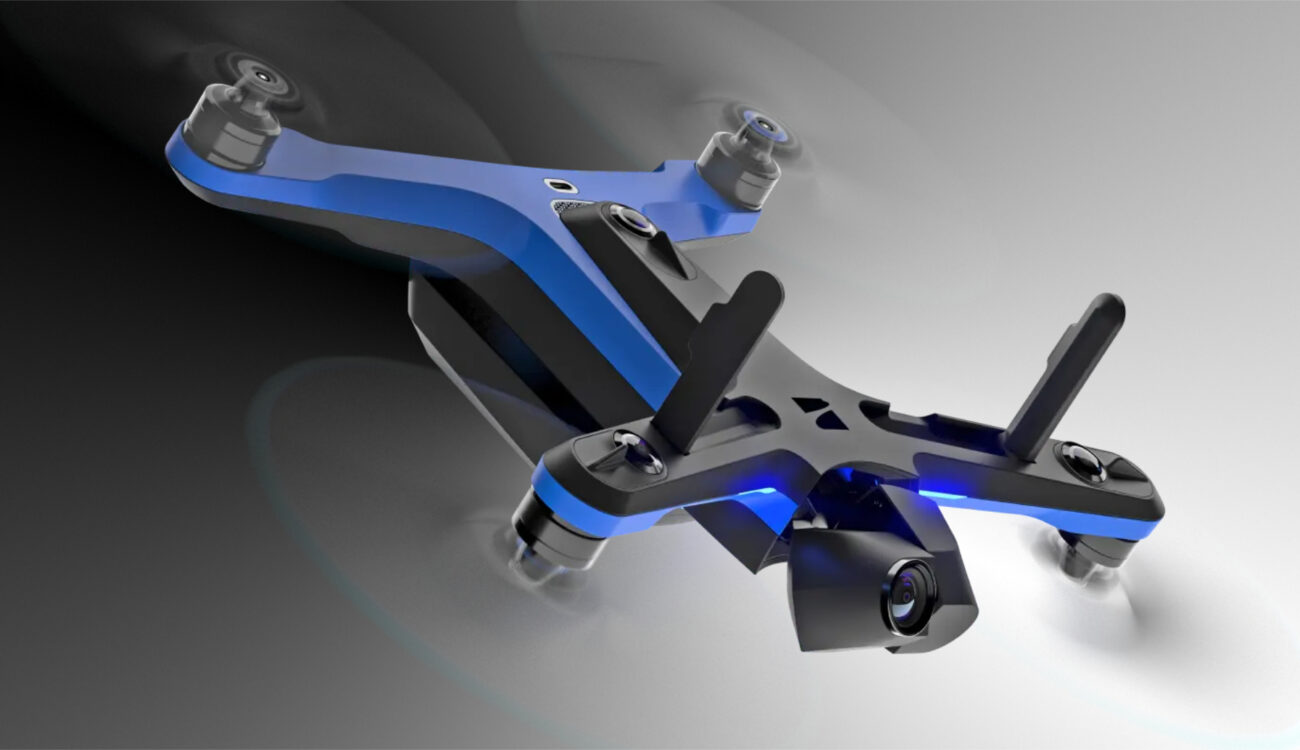 At this year’s CES, Skydio announced its latest drone model, which is a direct successor to the popular Skydio 2 drone: the Skydio 2+ model offers improved features across the board, as well as a brand new keyframe mode that allows for pre-programmed movements that would otherwise be complicated to pilot.

The Skydio 2+ is not only the direct successor of the Skydio 2 drone, but will also replace it. The new model features better radio technology for a more stable and reliable connection between drone and pilot, as well as improved batteries for longer flight times.

It also features a new keyframe mode that allows you to pre-program a flight path step-by-step, which the drone will then follow smoothly whenever needed. This feature is also available for Skydio 2 owners through a free software update (see support document here).

Among the original model’s weaknesses were 1) its limited range due to the relatively basic antenna design and radio technology used, and 2) its weak batteries, which resulted in fairly short flight times. Both of these problems have been addressed with the new Skydio 2+: It now uses 5Ghz Wifi (5.18-5.24 GHz / 5.725-5.85 GHz) and an updated antenna design for better performance and range.

The newly developed batteries have a larger capacity, resulting in longer flight times (27 minutes instead of 24 minutes for the Skydio 2). The drone weighs 500g without the battery, the battery adds 300g.

You have the option to control the Skydio 2+ with your phone only, but this results in a relatively low range. If you use the optional Beacon, the range increases up to 3 km (desert, no wifi / 500 m in a busy city with a lot of wifi). With the also optional hardware controller, the range can be increased up to 6 km (desert / 1 km in a city). Of course, you must comply with local regulations.

With the Skydio 2+ Beacon, you can also let the drone fly on its own without any interaction at all. It simply follows the beacon in your pocket.

The original Skydio 2 drone was already pretty impressive when it comes to autonomous flight capabilities. It has pretty advanced collision avoidance technologies and path-finding routines to follow you, even in the middle of a thick forest.

The new Skydio 2+ (and also the original, via software update) now has a new feature called Keyframe. This feature allows you to successively define specific waypoints, including orientation, camera angle, and so on. Once this is done, the drone generates a flowing path that traverses all of these defined waypoints in sequence, resulting in a cinematic sequence.

This can be very handy when you are trying to perform a complicated sequence in a tight environment. The drone will find its way without hitting any obstacles. You can “play back” the path at any time, even backwards, and you can also change its pace. If something changes, you can edit existing paths. You can see some examples of this feature on the company’s website.

The new drone costs $1,099 for the so-called Starter Kit (drone, a battery, 2 additional propellers, charger, soft case). Other kits include the Sports, Cinema and Pro packages. These cost up to $2,169 and include additional accessories such as the Hardcare controller or the Skydio 2+ Beacon, as well as handy extras such as MicroSD cards, ND filters and an upgraded hardcase. Check out all the kits here.

The Skydio 2+ is available only in the US and in Australia for now.

What do you think? Would this drone be interesting for your upcoming projects? Share your experiences in the comments below!