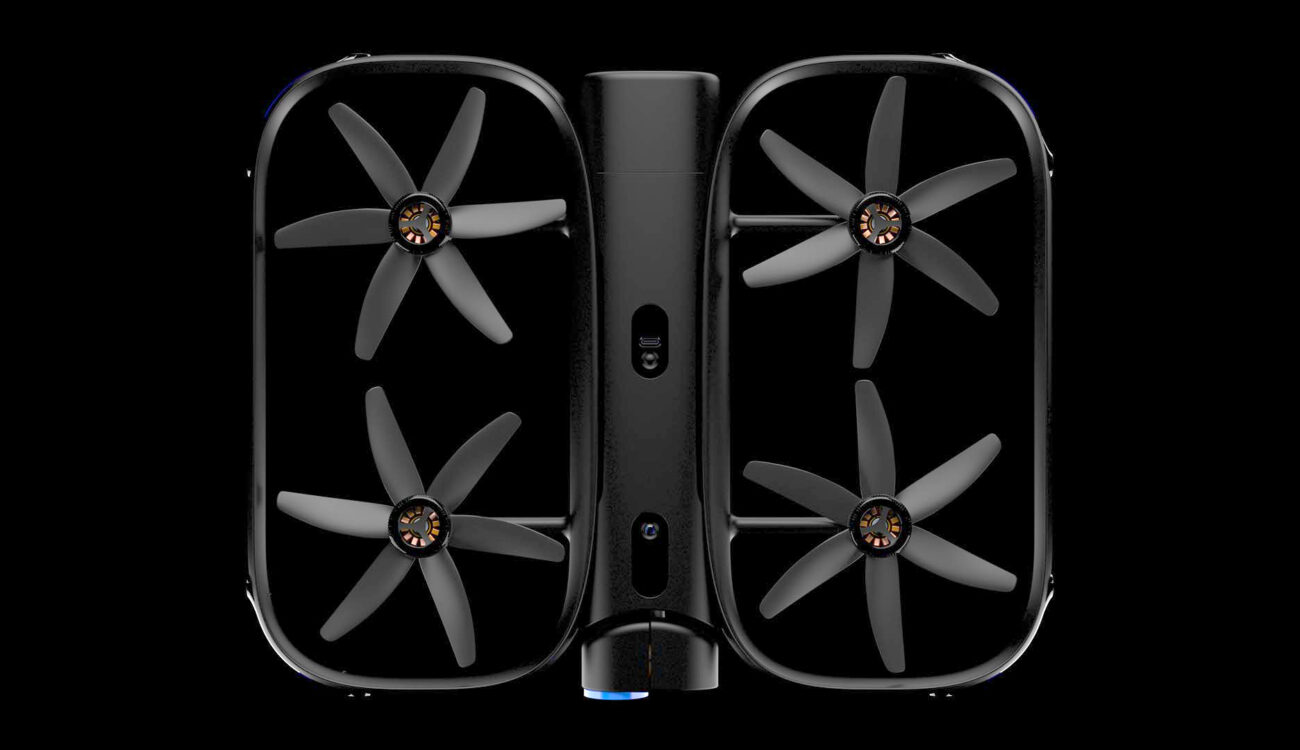 The California-based startup Skydio has introduced a fully autonomous drone named Skydio R1. Its development took 4 years. The R1 is an artificial intelligence-powered quadcopter capable of shooting 4K video of a subject and maneuvering complex environments entirely on its own. It uses 13 onboard cameras and vision-based computer system to actually see the obstacles and avoid them while following and filming the desired subject. 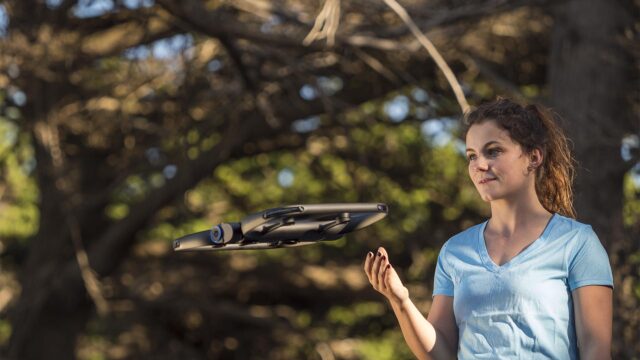 There were initiatives to make autonomous drones before. We still remember the sad story behind the autonomous drone Lilly, which never made it in production. It is obviously quite a challenging task to design a drone that can safely fly in busy and changing environments. Skydio seems to have succeeded with the R1. Interesting fact is that their first batch of drones called “the frontier edition” is being assembled directly in their facility in the USA. The company did not say anything about outsourcing their production to China yet.

The Skydio R1 does not come with a controller. It can be controlled with a smartphone using the Skydio mobile app. Since this is an autonomous drone, users will not need the controls so often though. Mostly only take-off and landing of the drone are being managed through the app. Furthermore users can see video previews of footage there or control how the drone captures that footage with presets like:

The Skydio app also has a manual flying mode, but all of the drone’s autonomous safety features remain active at all times, so it can’t be flown into obstacles. Controlling the R1 is quite intuitive, with an on-screen vertical slider and a virtual directional pad for moving the drone forward and backward and for rotating it left or right.

Nvidia’s Tegra-based Jetson TX1 chipset, originaly designed to serve as the brain of prototype self-driving cars, is used for Skydio R1 onboard processing. The software processes all that data with built-in algorithms trained to recognize humans and other distinct objects like trees and cars. That way, the drone is able to avoid dangerous elements in an environment and follow the subject through a variety of terrains and situations. 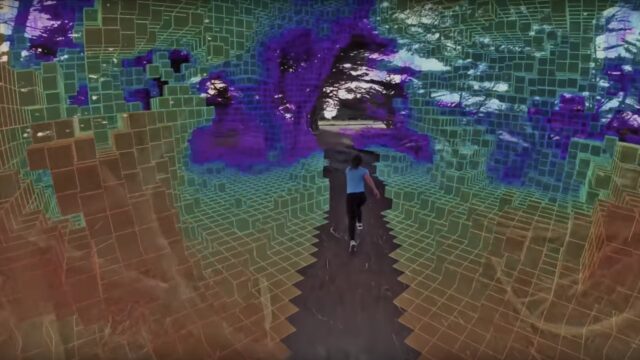 Nick Statt writes in his article about an experience with the Skydio R1:

In a demo yesterday on the edge of John McLaren Park, in the Excelsior neighborhood of San Francisco, I saw the R1 in action — and it works as advertised. CEO Adam Bry pulled the R1 out of a backpack as if it were a MacBook Pro, and he had it lift off using the device’s mobile app. Within seconds, the R1 was dodging and darting through a maze of trees, with the drone adjusting its distance and height to account for Bry’s sporadic movements.

The R1 had never seen this particular environment, nor had it ever laid eyes on me, yet within seconds it was following me around as well as I tried to crash it into tree trunks and random branches. All Bry had to do was tap the image of me on the live feed in the Skydio mobile app, and the R1 picked up on my presence. Bry says that the R1 takes into account visual data — like the blue color of the jacket I was wearing — to improve its tracking in real time, allowing it to better keep track of subjects that are in dense, object-rich environments. 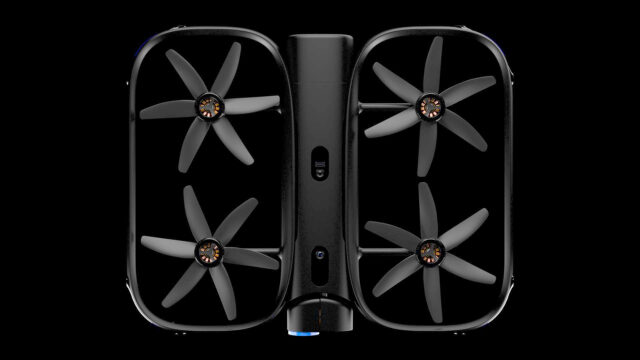 I could not find any information about the recorded codec, bitrate or color curve on Skydio’s website. Judging from the given numbers about the storage capacity it seems the bitrate in 4K mode would be somewhere around 94Mbps and in 1080p 30fps mode somewhere around 30Mbps. The Skydio R1 is not intended for video professionals and therefore I guess it is not vital to publish these specs.

I also did not find any information about the camera stabilization. It looks like the Skydio uses some kind of gimbal head. It reminds me of the 2-axis gimbal head used in DJI Spark.

The Skydio R1 is marketed mainly towards athletes and sports enthusiasts. Youtuber Casey Neistat did a review of it in late March (you can see it above) and it certainly convinced many in the audience about the feasibility of this product. There is zero drone flying experience required to use the R1 and that is also its unique selling proposition. I can imagine skiers, snowboarders, bikers or runners to just take out the R1 out of the backpack and let it film them while focusing on the sport performance.

Price point for the first batch (frontier edition) drone is (a quite hefty) $2,500 which includes an extra battery and extra set of propellers. This price is certainly not comparable with other popular drones on the market, but as said before, its feature set is quite unique (so far). We have for instance a variety of DJI products which beat the Skydio R1 in both price and image quality, but I think this product should not be compared with the regular manually-controled drones. Its level of autonomous flying puts it in a different category.

In the end, first generations of highly innovative products always have a higher price point to cover for significant R&D costs. Eventually autonomous drones will probably be very affordable.

What do you think of fully autonomous flying technology in drones? Let us know in the comments below.