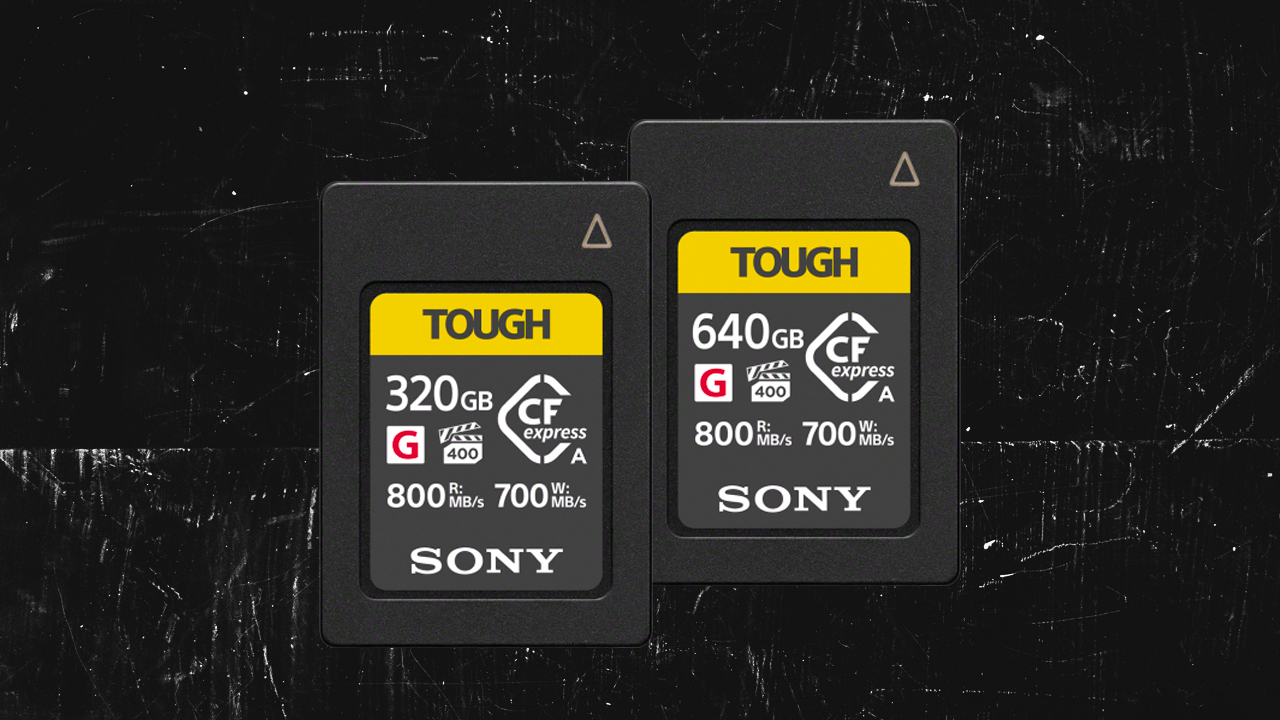 Sony has just increased the size of their CFexpress Type A TOUGH cards with two large-capacity models, 320GB and 640GB. They offer maximum read and write speeds of 800 and 700MB/s respectively, come with VPG400 certification, and are solidly built. Pricing starts at $650.

A few days ago, Sony released the first APS-C camera in their popular Cinema Line, the FX30. Just like its bigger siblings, the full-frame FX3 and FX6, the new camera features a dual CFexpress Type A/SD card slot but requires CFexpress Type A media to record video at the maximum resolution, frame rate, chroma-subsampling, and bit-depth.

That’s the reason why, along with the FX30 and the new XLR-H1 Handle Unit, the company also announced two new 320GB and 640GB CFexpress Type A cards, that will soon join the existing 80GB and 160GB models. Let’s take a closer look.

As the name suggests, Sony’s TOUGH Series cards are built like a tank, being waterproof as well as X-ray-, UV-, impact-, moisture-, and dust-resistant. Of course, these new 320GB and 640GB models are no exception.

Both cards share the same maximum read and write speeds of 800 and 700MB/s respectively. Moreover, the Video Performance Guarantee 400 certification ensures that this type of media can offer sustained write speeds of up to 400MB/s. These values meet the required specs for recording 4K UHD video at up to 120fps in 4:2:2 10-bit on the Sony Cinema Line cameras.

The new Sony 320GB and 640GB CFexpress Type A TOUGH cards are now available for pre-order from B&H. With official retail prices of $650 and $1,250 respectively, they don’t come cheap, especially compared to CFexpress Type B equivalents. According to Sony, the 320GB variant will be available in October, while the 640GB version will come later in December.

Do you own a camera that requires CFexpress Type A media? What do you think of these new high-capacity options from Sony? Let us know your thoughts in the comment section below!