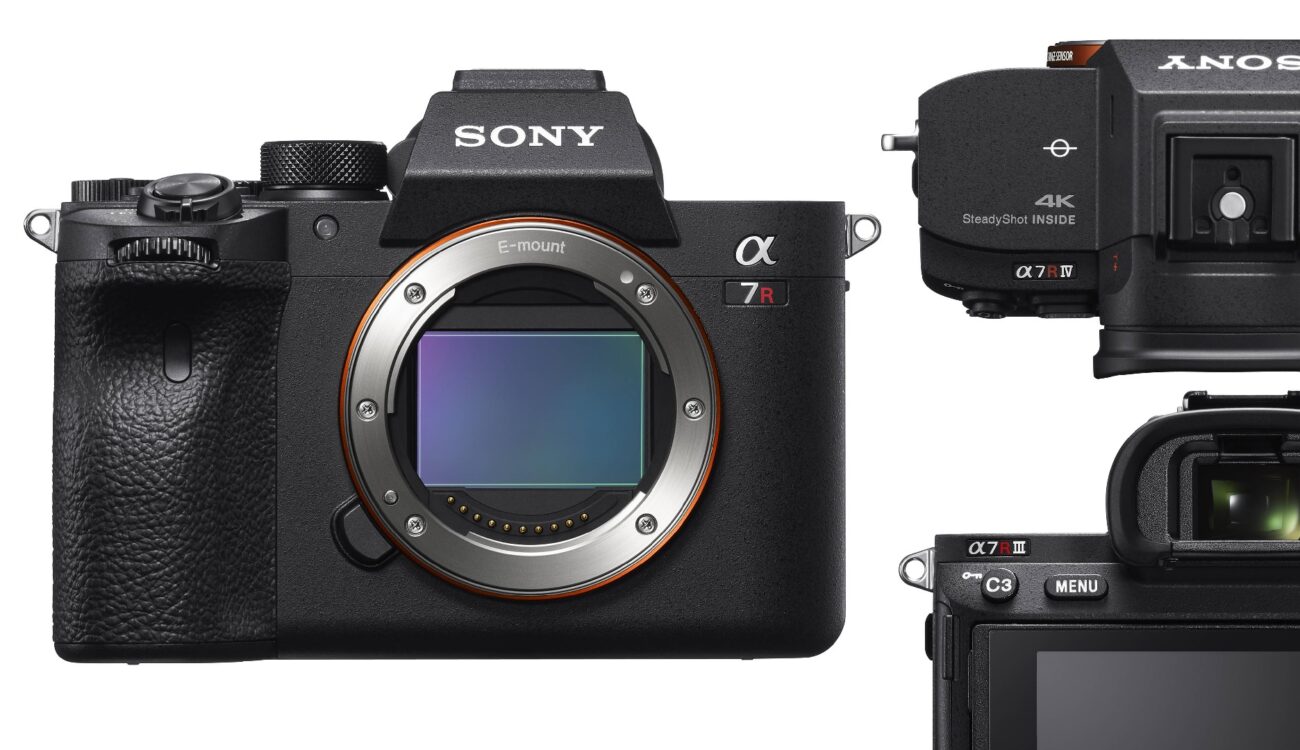 Sony quietly updated its two high-resolution full-frame mirrorless cameras. Both the Sony a7R III and the a7R IV got a higher resolution LCD display (from 1.44m to 2.36m dots) and a faster USB-C connector (from USB 3.0 to USB 3.2 5Gbps). Lastly, the Sony logo under the display was removed – that will be the only thing how to physically differentiate the new models from the older ones.

The Sony a7R III and a7R IV models have been with us for quite some time already – since 2017 and 2019 respectively. These are Sony’s high-resolution full-frame bodies aimed at pro photographers, but that didn’t prevent us from testing their video capabilities back then. You can check Johnnie’s review of the a7R III here and the hands-on with the a7R IV here. Both models only offer 4:2:0 8-bit video up to 4K30p (UHD) internally, but the a7R IV has updated the autofocus system. Interestingly enough, Sony recently quietly updated these two models, so let’s take a short look at what was improved.

The new models have an “a” added in the full model name. Therefore, instead of the Sony ILCE-7RM3, we now have a Sony ILCE-7RM3A. Same thing with the newer model where the name changes from Sony ILCE-7RM4 to Sony ILCE-7RM4A. So what exactly changed? Well, there are basically three changes:

The short name of the camera did not change and it is unclear whether the new models will co-exist with the older ones (which is unlikely though). Our bet is that Sony will just sell all the remaining stock of the older models and then it will seamlessly continue selling the newer models. On B&H, both cameras are still listed as the older models. There is no information about whether the price will change. In my opinion, it is unlikely that the price will change. If you were planning on getting one of these cameras, however, it could be smart to wait a bit now until the updated models get in stock.

Do you use one of the above-mentioned Sony cameras for your work? Do you think these updates will significantly affect the user experience? Let us know your thoughts in the comments section underneath the article.