Just two months ago the Sony FS5 was introduced, a promising little camera and little brother to the highly successful, large sensor Sony FS7.
Now the Sony FS5 is almost ready for its official launch. I’m currently in Japan and one of my tasks was to test this new camera which was kindly supplied by Sony’s HQ for a very short time.

Please note that the tested camera is a prototype and as such, some tweaks to the final image quality and camera features might happen before its release. This is certainly not the last time we will look at this camera so please consider this short Sony FS5 Review as “first impressions content”. 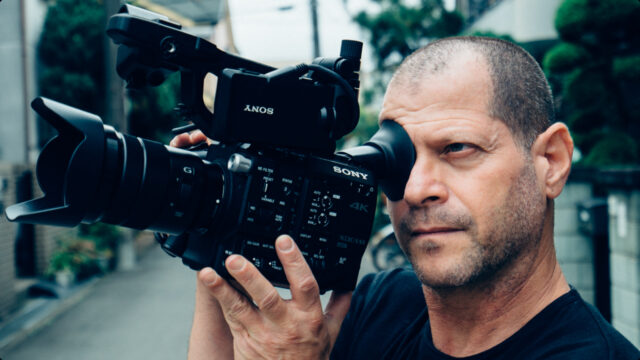 My Findings in Summary

Its strongest selling points for me: (in no particular order)

Its weakest points for me: (in no particular order)

Things you might want to consider before purchasing the camera:

The Sony FS5 is a well balanced package for the documentary/wedding/indie/news shooter cameraman. For those who are looking for an easy to use large sensor solution, be it “full auto mode” or “full auto focus” this is a very good alternative.

On the other hand, the advanced shooter will not feel neglected and be able to take control on most if not all camera functions in a manual way. As with most of Sony’s latest products, this one will receive a firmware update soon after its release to answer some of the shortcomings already found since the time it was announced. Sony also promised to introduce a future RAW recording capability for this camera at a later stage. Exciting.

All in all, those 2 days with the camera were simply too short to come to an ultimate conclusion. It’s definitely a fine working tool and without a doubt it will serve a large group of professionals in their daily work.

Last but not least, I urge you to see this video presentation made by our friend and colleague Alister Chapman at Vocas.

Technical information regarding the video:
Shot in 2160/24p, PP7 (S-Log 2). Edited in Adobe Premiere CC 2015 and colour corrected with the aid of FilmConvert. Sound recorded directly to the camera with a Sennheiser AVX in conjunction with a Sanken COS-11D Mini Lav Mic.

A special thanks to Masataka san for contributing for this video and to Tim Dillon who helped translate from Japanese.