Earlier today Sony announced the new Sony FS5, a smaller and more affordable version of the famous Sony FS7 camera. In the above video we spoke to Jin Koide, Product Specialist at Sony, to give you all the details about the new camera. 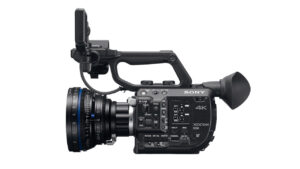 The FS5 is smaller in size, offering better ergonomics, similar to the form factor of the Canon C300. The smaller size helps to be used in confined spaces, with handheld gimbals and drones. 14 stops of dynamic range, an electronic variable ND Filter and its ability to shoot 240fps at 10bit 4:2:2 image quality makes this camera a force to reckon with.

The PXW-FS5 is a super 35 handheld camera, and only weighs 0.84kg. The 4K Super35 “Exmor” CMOS sensor offers all the benefits of a large format sensor in combination with the exceptional image readout speeds required for 4K motion-picture shooting and Super Slow Motion. 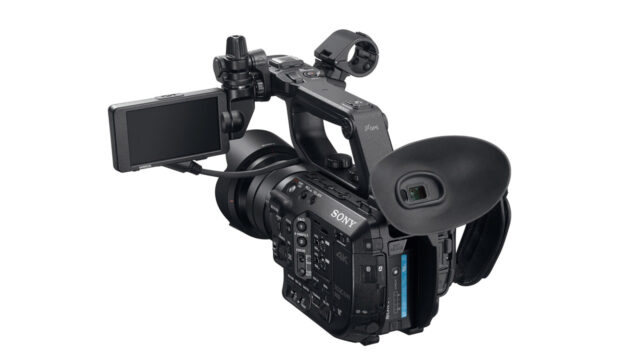 It has a built-in electronic variable ND filter that can be controlled from 1/4ND to 1/128ND linearly. This makes the FS5 ideal for fast-moving shoots in changeable environments.

The other extraordinary feature is the high frame rate recording capability. 240fps at 10bit 4:2:2 internally. Similar to the FS700 it is also possible to record higher frame rates of 480fps and 960fps, but at the cost of image quality (resolution). 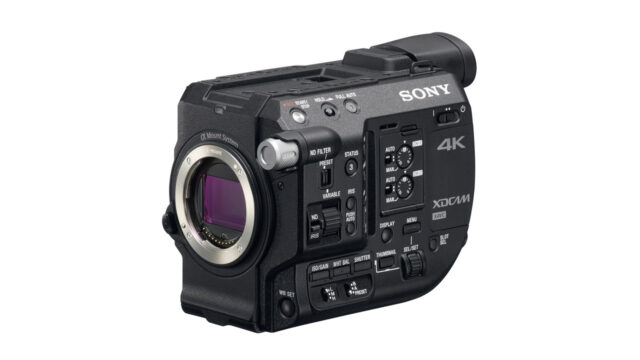 The Sony FS5 shoots 100Mbps 4K (3840 x 2160) using Sony’s advanced XAVC (Long GOP) recording system. According to Sony, there will be a future possibility to record RAW externally via a firmware upgrade.

The 14 stops of dynamic range is refined by the S-Log3 mode. S-Log2 is still available on the camera as well.