I spoke with Claus Pfeifer from Sony about the newly announced FS5 II and the other new cameras. And I asked the tough question: What’s REALLY new about the FS5 II?

A few hours ago Sony announced the FS5 II, an update to Sony’s little FS7 brother (see our report here). Some of our readers were asking: What’s REALLY new about it though? It seems to use the same sensor and have the same exact body as the original FS5. And while the FS7 II at least got the Vari ND feature that the FS7 was missing, the original FS5 already had that. 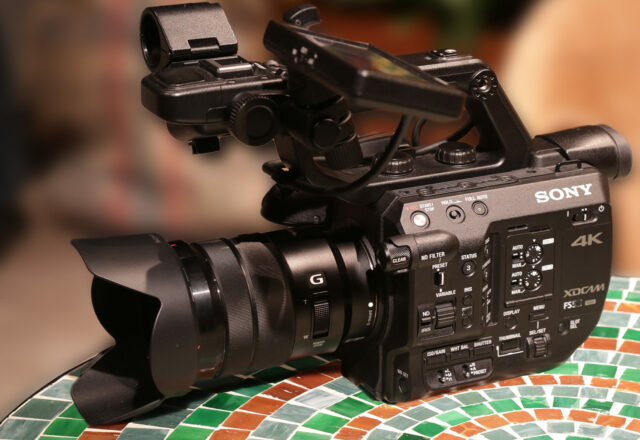 Sony is teasing the integrated RAW output functionality in the FS5 II, which was a payable firmware upgrade in the original FS5 – a welcome addition of a feature becoming standard, especially with the newly announced ProRes RAW (article here) and the upgrade of the Atomos Shogun Inferno and Sumo19 recorders to support ProRes RAW recording (article here). Now also the formerly payable high frame rate output and internal high frame rate recording capabilities are included with the FS5 II.

Other than that, Sony is particularly teasing a better color science in this camera. This is interesting especially as it sounds almost like their past color science wasn’t that great… this might be marketing speak but we will see in practice what it really means. The same is true for the Instant HDR workflow which was already there with the HLG support in the original FS5.

Unfortunately, the camera still does not record XAVC-I or any other 4:2:2 10-bit in 4K internally. The internal XAVC-L codec hasn’t changed.

While the original FS5 will stay in the market, it should drop in price around $800. At the same time, the new FS5 II will inherit the price of the original FS5, around $5000 body-only. To sum it up, I would say that basically the FS5 II is getting the RAW and high frame rate updates for free from the start, something which you had to pay for in the FS5.

Do you see a reason to upgrade your FS5 to the FS5 II? Did you expect more from the new version of the camera? Let us know in the comments below.