The Sony PXW-Z150, Sony’s latest fixed lens video camera, was released at BVE last week. Aimed at END news-gathering, documentary, and video productions, this new HD and 4k camera sits in the “mid-range”—just below the FS5. It boasts some impressive features for a camera around the $3,500 mark which made me very keen to take a look!

When Sony visited Cinema5D HQ in Vienna, Sebastian got a chance to check out the Z150. Meanwhile, at BVE, there was quite a wait in store for those wanting to take a look at the camera. In essence, the Z150 bears similarities to the Z1, with a familiar layout and menu. It has an 18x servo-zoom, 3 stop ND filters and the standard audio interface. From the short time I spent framing up shots around the expo show floor, I felt that its ergonomics and wide zoom range would make it the ideal camera for a variety of productions. 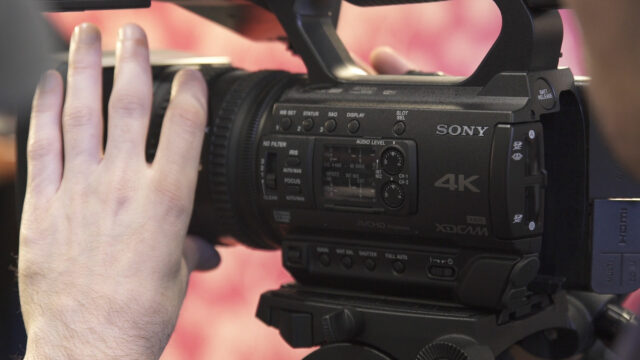 Predominantly designed for HD productions, with 4:2:2 10 bit up to 120 FPS slow motion which finally brings an affordable slow motion solution to camera operators. It does capture in 4K QFHD, but only in 4:2:0 8 bit and up to 30p, which does help with an increasing number of clients that are looking to future-proof any footage captured.

I was extremely pleased to see that Sony chose to use SD cards for the recording media of the Z150; it is inexpensive and popular among many users that would potentially make the switch from DSLR. Having to invest in new recording media is always an unwanted, and often unnecessary, expense. 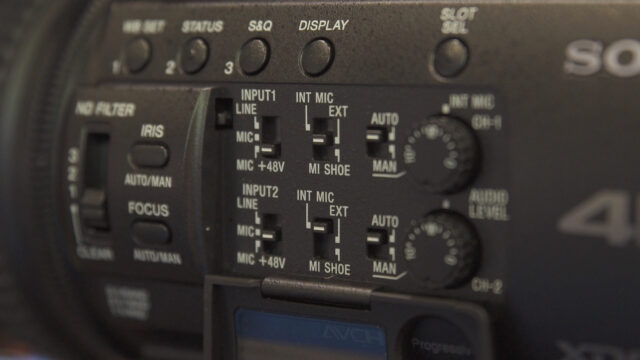 The sensitivity of the 1″ sensor, combined with a variable aperture of F/2.8 – F/4.5 makes the Sony PXW-Z150 ideal for run and gun productions without adding the requirement of additional light sources. Though it wouldn’t match the capability of the A7S in low light, the resulting image and depth of field were definitely pleasing.

All cameras have downsides and the Sony PXW-Z150 is no different. A lack of picture profiles, such as S-Log, as well as no timecode or genlock are the main ones in my eyes. However, maybe the omittance of these features is by design, rather than an oversight—it seems to me that the Sony PXW-Z150 has been built for use in the field, filming fast turnaround projects rather than in a live studio or higher end production.

Overall, I can definitely see the Z150 being a camera of choice for single operators and small crews looking to streamline their productions by moving away from interchangeable lenses. The Sony PXW-Z150 will certainly come in handy during events and for run and gun filming on the frontline of news and documentary production, where a compact kit is key. However, labelling it an all-rounder just wouldn’t feel right since it punches well above its weight in terms of the new sensor, 120fps slow motion, 4:2:2 10 bit and that ubiquitous buzzword (4K).