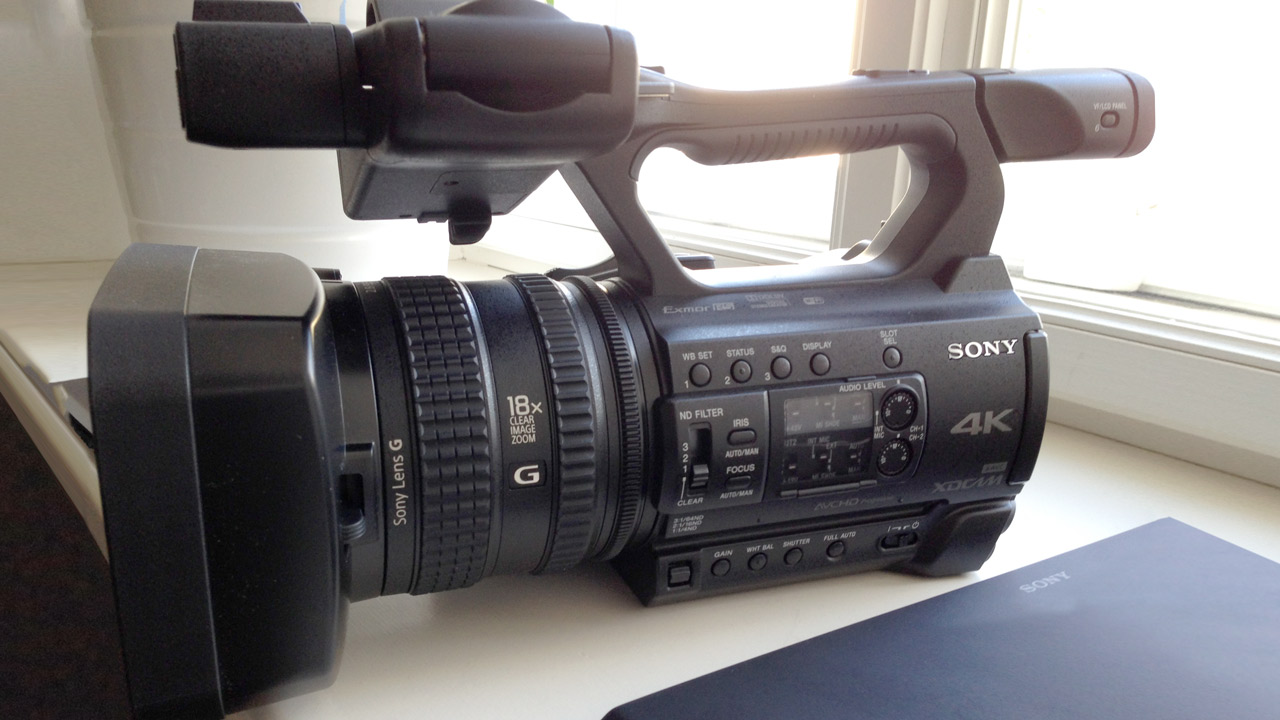 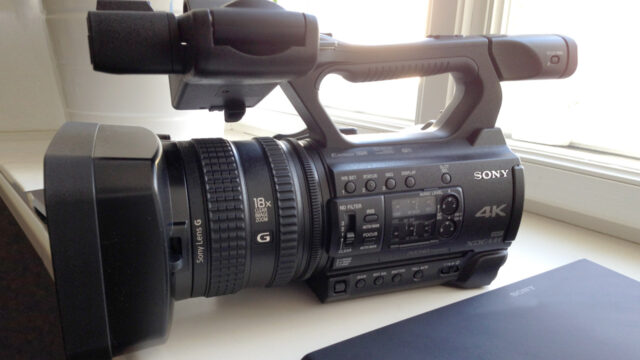 Sony has just introduced yet another camera. The Sony Z150 is a 4K camcorder with a 1-inch sensor and the unique feature that it can shoot up to 120fps slow motion. We had a chance to try a prototype, and here are our first hands-on impressions. 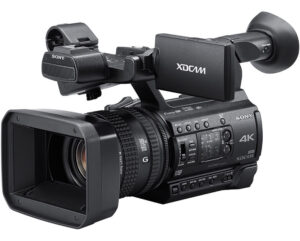 The Sony Z150 is not the typical kind of camera we report about on cinema5D, but there are some unique features that we think make this one newsworthy. Its 1-inch sensor gives you a similar shallow depth-of-field look from what you would get from an MFT sensor camera (think a bit smaller than a Panasonic GH4). The sensor itself, which Sony have used in other cameras like the Sony RX 10 mark II, apparently has some much improved processing behind it.

This gives you 120fps at Full HD resolution, which is also new in a camcorder like this. It is a potentially interesting feature for those who require the ergonomics and ease of use of a handy camera, like documentary shooters who need to move compact and quickly.

It is interesting to see a camera that combines slow motion and a more shallow depth of field, yet gives you the flexibility of a camcorder. We are certainly starting to observe a trend, especially after last year’s introduction of the Panasonic DVX200, clearly targeted at a similar audience. In a similar fashion, the JVC GY-LS300 4K camcorder received a 120fps update just this week.

Coming from large sensor cameras, I’m used to dealing with unergonomic tools that have to be adapted to different shooting scenarios and need care in terms of setup and control. This camera, however, seems to be a perfect compact camcorder when it comes to ergonomics. If you have used these before, you will immediately find all the buttons and controls in exactly the right places. I thought handling was really good. 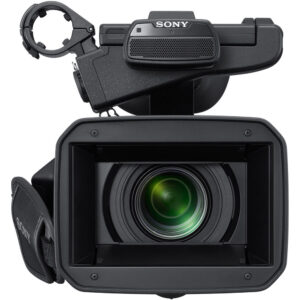 The same goes for actual shooting. The camera was set to autofocus and I was impressed how quickly and precise it adjusted. Both the integrated OLED viewfinder as well as the on-camera LCD are nice and well positioned, and it just feels like the camera isn’t ever in the way of the actual action you’re recording. The images in the viewfinder looked very clean and sharp, but one thing to criticise is that the built-in low resolution monitoring solution might not be sufficient to actually judge the 4K recordings you’re making.

In terms of negative points, I noticed that the Sony Z150 lens does not have a constant aperture (f/2.8-4.5), so the images might get darker when you zoom in. Another point is that the menu is still “Sony style”: it is still the same old menu structure we’ve come to know, and it took a while to make adjustments. However, the buttons reacted much quicker than on some other large sensor cameras by Sony.

All in all, I found the camera to work really well out-of-the box. It has all the connectivity you need, like XLR, HDMI and SDI, but you should know that like on other recent Sony cameras, the internal video displays are disabled during 4K output.

Talking about actual footage, there is not much we can claim at this point. But looking at Sony’s own promo video, it seems to me that the footage you get is very sharp when viewed on a 4K screen. And yet, the quality exhibits the typical low dynamic range broadcast look many of us left behind when we moved to large sensor cameras.

A proper filmic recording look, like an Slog2 or Slog3 Gamma Curve would have helped, but unfortunately this camera doesn’t offer it at the moment. This is certainly one feature where the Panasonic DVX200 has the advantage. Otherwise, if you just need 4K broadcast quality with a bit more shallow depth of field, and the 120fps slow motion is of use to you, then this camera might be a good choice.