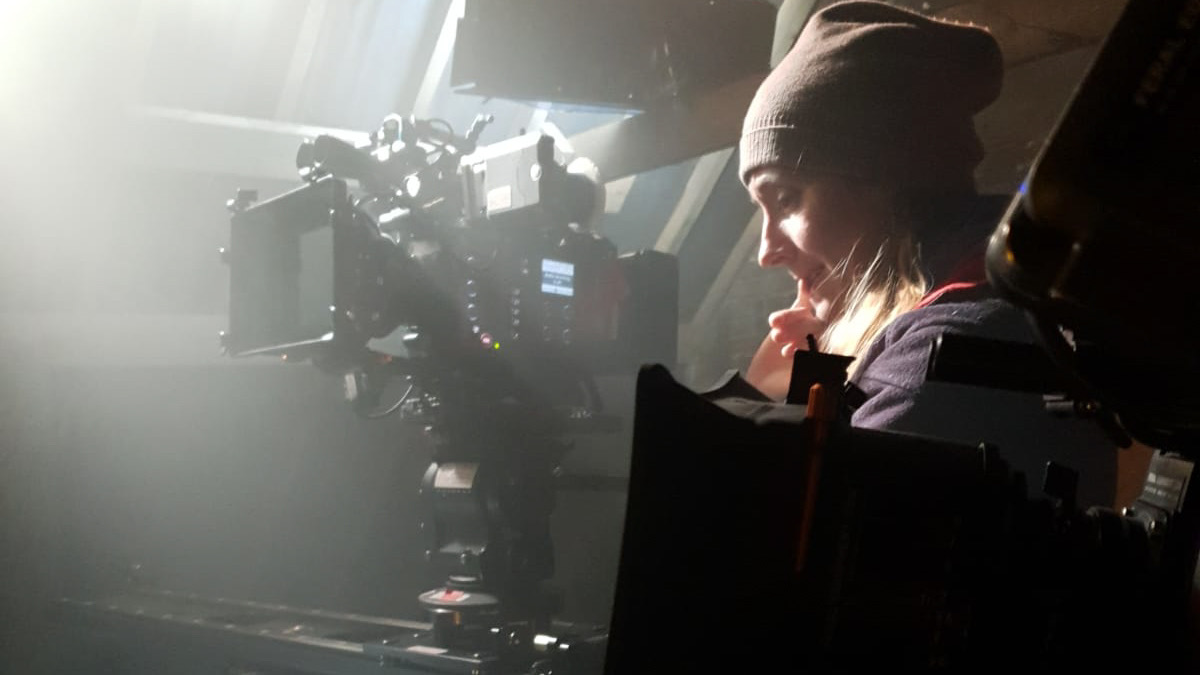 The Sundance Film Festival program lists Amulet as a thriller in which director Romola Garai “builds a profoundly restrained dread as she unleashes a phantasmagorical nightmare. This genre piece follows a homeless veteran in London named Tomaz, who becomes entangled in the lives of a woman and her homebound mother. The more time he spends with them, the more he suspects unnatural and otherworldly forces at play. To bring Garai’s modern folklore to the screen, DP Laura Bellingham had her work cut out for her.  Read on and discover her account of the making of Amulet. 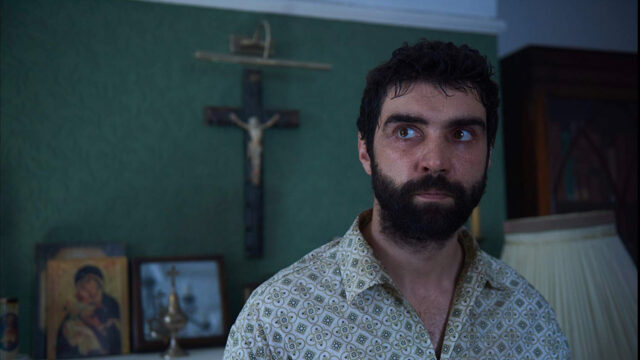 Still from Amulet Directed by Romola Garai and shot by Laura Bellingham. 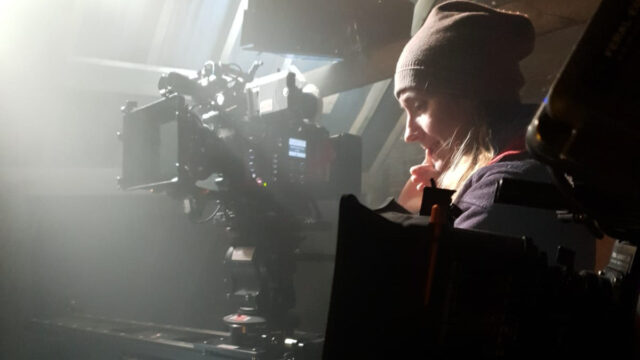 cinema5D: How did your education shape you as a cinematographer?
LB: I went to the European Film College in Denmark followed by the National Film School in London, both invaluable in different ways. The latter empowered me to trust my instincts and be bold in the pursuit of the look that serves the project, whilst adapting to the unexpected. Prior to all this, I studied literature, which I think contributed to my story focused approach.

cinema5D: Do you have any particular philosophy in regarding how you run the camera department? What do you look for when you’re hiring?
LB: I’m totally narrative driven, if a story doesn’t grab me, I know I’m probably no going to do the film justice. I notice when my crew are engaged with story too, and when they are, I usually want to work with them again! I definitely seek out people who are inclusive, collaborative and mindful of others: both actors and crew alike.

cinema5D: What’s your advice to directors on how to optimize their relationships with their DPs?
LB: Be open and unguarded. You should feel safe with your DP to experiment and share doubts and ideas. Once shooting is underway, check in with them often, and let them know when something’s working, or not. 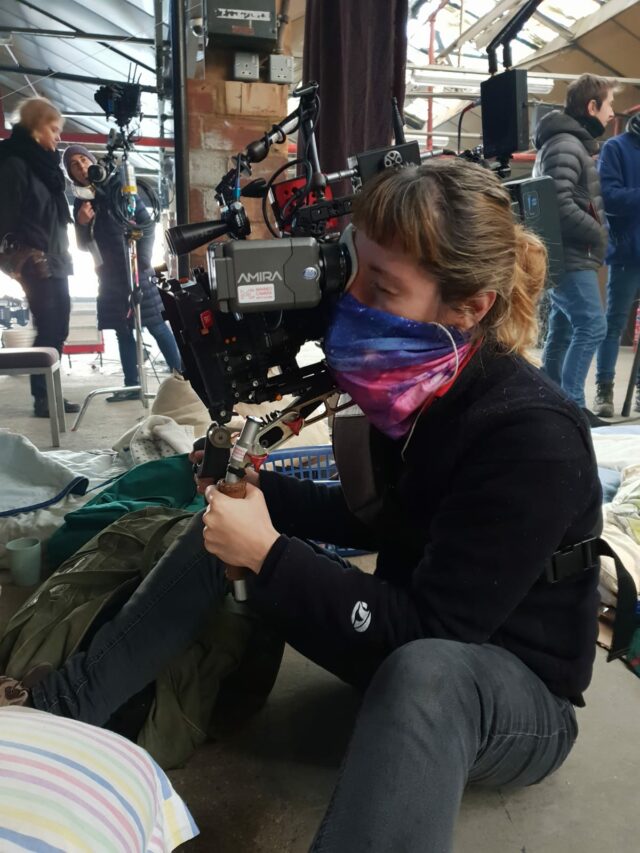 cinema5D: How did you come to work on Amulet?
LB: I’d known about the project for a while via producer Matt Wilkinson of Stigma Films, a long time collaborator, with whom I love working. I also knew Romola’s work as a writer/director and thought she was incredibly talented. When I read the script, I pulled a load of references, pretty much building a look before even getting the job. I think she sensed my enthusiasm for the world she had created. I feel very lucky to have been part of this film.

cinema5D: What about the script sparked that enthusiasm?
LB: The genre of the film really attracted me, as well as how it subverts expectation. I was inspired by the aesthetic of the house as an unsettled sanctuary for the protagonist Tomaz and how we might subtly alter the atmosphere to reflect his shifting psychology.

cinema5D: Why did you ultimately go with the Alexa Mini and the Amira?
LB: The minis gave us more options for rigging in awkward corners and cupboards for the wide angles in our location.

cinema5D: And the lenses?
The Speed Panchros, combined with the Tiffen’s Soft FX filters, brought a sort of nostalgia to the gothic love scenes between Tomaz and Magda. I felt (they) connected us to the mood of some of our key references. I went for Super Speeds in the forest flashbacks to have a cooler, more acute look, which we bloomed and softened with Tiffen Low Cons, rating the camera at 1280 to get a bit more texture. 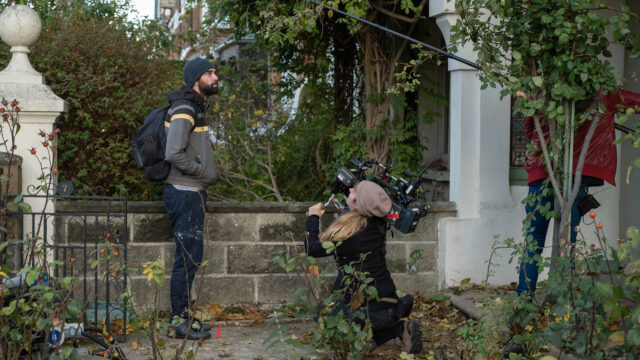 cinema5D: How did you and Romola prepare during pre-production? Did you watch any movies?
LB: In prep, Romola and the  production designer and I spent a lot of time together. We built a collage of reference images and watched several films together, but the go-to references were Andrzej Żuławski’s Possession, Roman Polanski’s The Tenant and Peter Strickland’s Katalin Varga. Romola and I spent a lot of time shot listing, trying to build a language for the camera that acknowledged not only the film’s horror roots, but also the perspective of Tomaz—his gaze where Magda was concerned. We wanted the camera, like the house, to feel like an impassive observer through its movement.

cinema5D: How did that language carry into principle photography?
LB: The image catalogue we’d built stayed with us all the way through. It became a bit of a shorthand. Romola had them in her notebook, and we printed them, so the gaffer could stick them up in the lighting truck. We knew we needed to keep abreast of the markers in Tomaz’s journey, as well as the audience’s genre-related expectations for that journey. Then, we wanted to switch things up visually to heighten the twists and turns. It kept us on our toes. 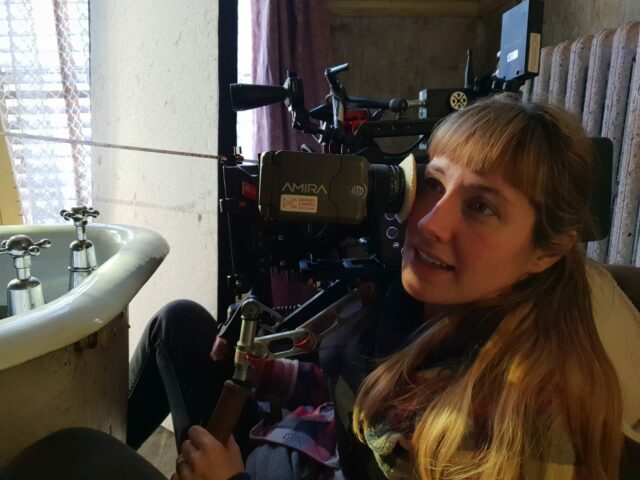 cinema5D:  Any new tech or toys on this shoot?
LB: No new tech,  but we enjoyed a great collaboration with our VFX team at Bait Studio who worked really creatively with us to make the VFX and creature elements feel visceral and connected to the ‘texture’ of the house. This was super interesting for me as Amulet was the most VFX heavy feature I’d worked on.Carla Juri and Alec Secareanu appear in Amulet by Romola Garai.  Courtesy of Sundance Institute

cinema5D: You mentioned the Low Cons.  Is there any other go-to glass filtration in your kit? Any must-have accessories? Or mode of operation you push for?
LB: Since using the soft FX on Amulet, they’ve become a favorite. In approach, I love working with two cameras when possible. Often the second camera will be free to seek out something unexpected to steer the mood. We got a lot of our slow zooms on Amulet this way.

cinema5D:  How was your relationship with your gaffer? What went into the lighting strategy you devised together?
LB: I met my now regular gaffer Ben Millar on this film. I’d loved his work on Lady Macbeth. He’s really imaginative and collaborative. The main challenge was establishing a solid look in a house without electricity, and working with candle and gaslight. We quickly established a logical approach of augmenting the trajectory of the natural light or exterior sodiums.  We bounced that light around corners into the darker liminal spaces and thresholds of the landing for a sort of heightened naturalism. I wanted everything to feel motivated, yet uncanny at the same time. 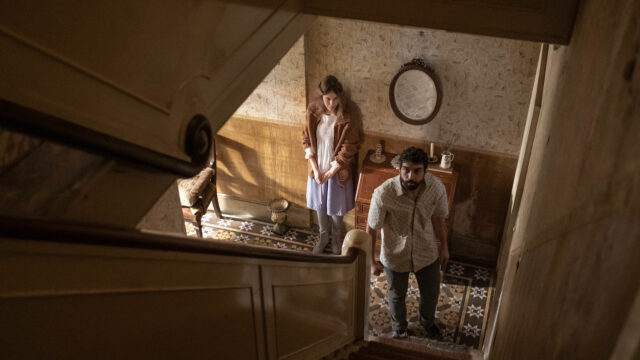 Still from Amulet. Image courtesy of the Sundance Institute.

cinema5D: Do you negotiate involvement in post into your contract? How did that play out specifically with your DIT or the colorist?
LB: Yes absolutely. On Amulet, the 709 curve served us well on the two cameras, but we had quite specific intentions over colour palette. We created subtle shifts in the sunlight hue from gels as the story progresses, so I’d work with our DIT to make sure that mood was being preserved in the dailies.

cinema5D: What’s your take on where cinematography is heading? Do you find the overturn in tech a catalyst or an inhibitor in your own creativity?
LB: Ah! Big question. I’d generally adhere to the philosophy that the more formats, tools and platforms available, the better…but I do think there is something unique and kinetic about filmmaking in that it’s a timed art form. As a DP, you want to be in the moment responding to the space, the actors, and committing to those choices. I think that’s how we grow. 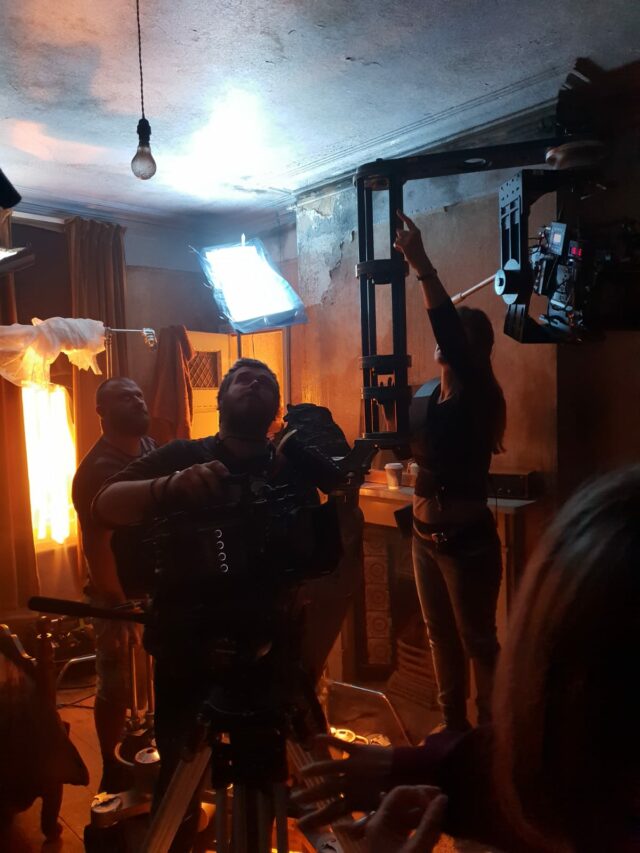 Laura Bellingham on the set of Amulet.

cinema5D: What’s your advice for camera department folks that are coming up in the ranks?
LB: Seek out the projects that offer opportunities to create looks you aspire to. I’ve noticed it’s a ‘like begets like’ situation, where the people who then respond to your work will have a similar aesthetic and therefore likely steer you in the direction you hope to go.