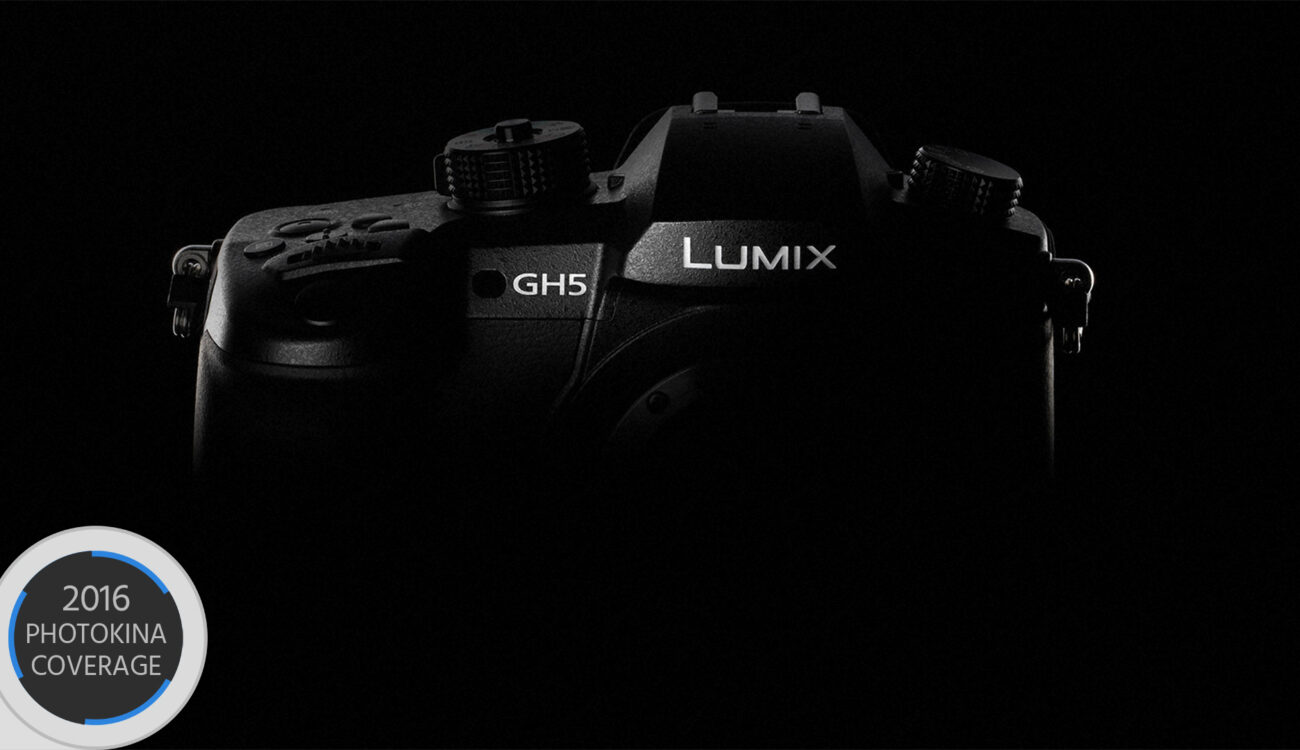 Panasonic has announced the GH5, the latest and much awaited member of their Lumix family. It shoots 4K 10bit 4:2:2 internal.

At Panasonic’s opening press conference at Photokina 2016, the Panasonic GH5 has just been announced. This much awaited follower to the very popular Panasonic GH4 comes with a list of very impressive features. 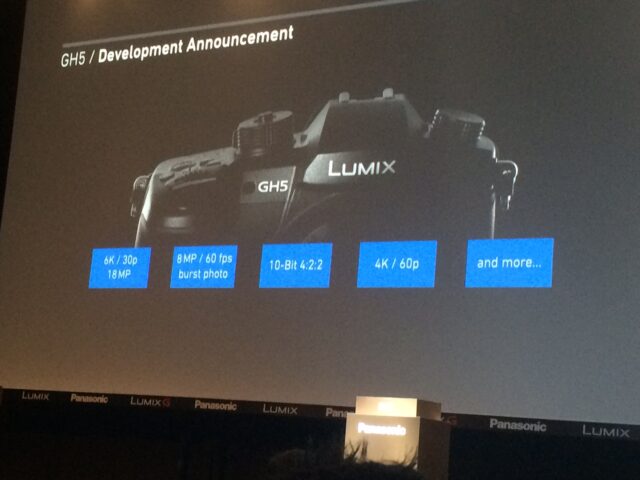 [UPDATE]: The 30p 6K info on the slide was incorrect. Apparently the camera only shoots 4K and does “6K photos”. We will update you with a video and all details about the GH5 in an hour.

Good news all around, but Panasonic GH fans will have to wait just a little bit longer, as thePanasonic GH5 is expected to hit the market during the first half of 2017.

Soon it will be available for pre-order HERE.

The new LUMIX GH5 is scheduled to enter the market in the first half of 2017 and will feature Panasonic’s new ‘6K PHOTO’ offering – an approximately 18-megapixel-equivalent still image extraction from an ultra-high quality video with approximately 9x higher resolution than Full HD. Furthermore, an approximately 8-megapixel equivalent ‘4K PHOTO’ can be extracted from a video shot at 60 fps.

The LUMIX GH5 will allow creative minds to capture their vision with ease and style, and further confirms Panasonic’s commitment to develop incomparable products and functions to address the new demands in photography and film production.

Panasonic is committed to the development of innovative digital cameras under the theme “create a new photo culture in the digital era”. The company brought the world’s first DSLM camera, the DMC-G1, to market in 2008[3] and the succeeding DMC-GH1 achieved the world’s first Full HD video recording in 2009[4].

Exceptional 4K video recording will be packed into a compact, lightweight design created for videographers to take the camera anywhere and shoot in any location. With the unprecedented video recording performance of the LUMIX GH5, Panasonic aims to elevate its status in the film production industry.