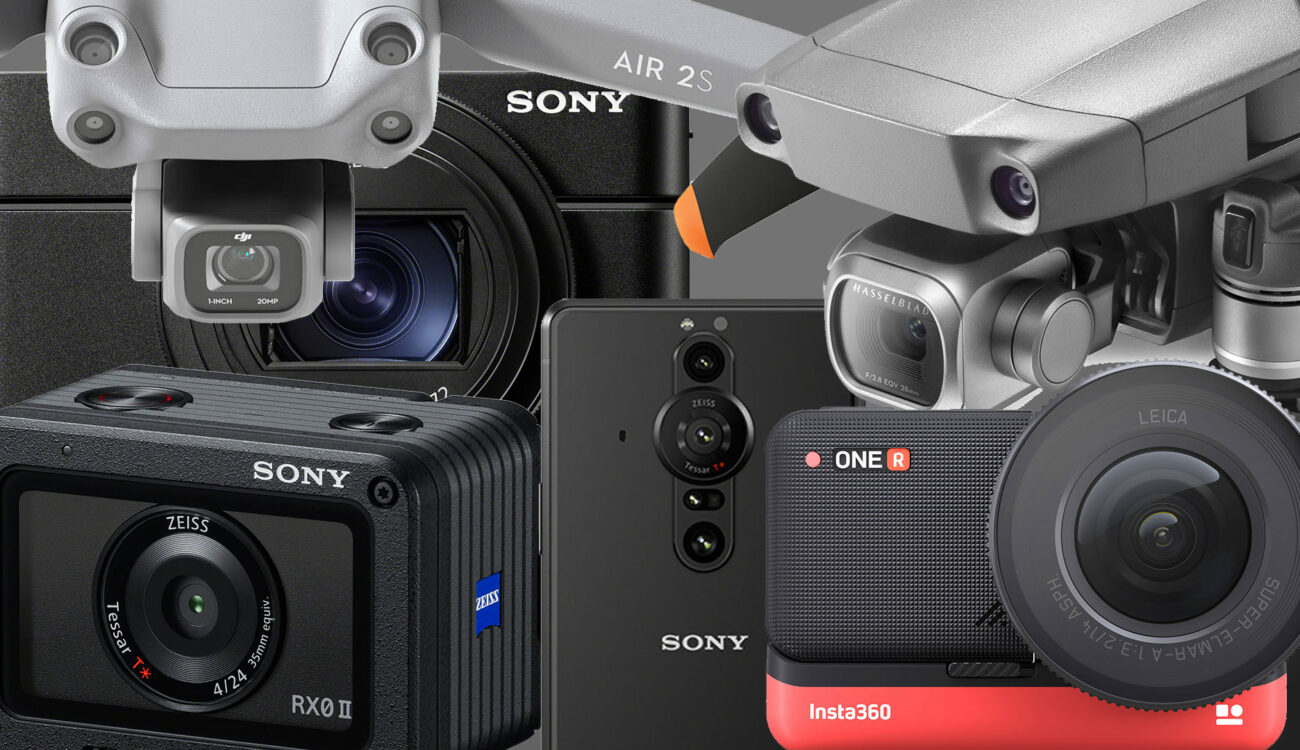 Did you know that 1-inch sensors are actually way smaller than 1-inch? The diagonal of these sensors only measures 0.63″ and we can blame the old cathode-ray tubes (CRT) technology for this misleading marketing technique.

I am pretty sure you have heard the term “1-inch sensor” or “1-inch type sensor” many times in the last few years. In the world of camcorders, phones, and drones, the term has been used very often lately as a way of marketing telling you – the customer – that the sensor is fairly large. At least larger than the standard sensor size in similar devices.

One example from recent months might be the Sony Xperia PRO-I phone (which does not even use the whole sensor, but that is a different problem). If you hear this, you might think that at least one measurement (usually the diagonal) of the 1″ sensor would actually physically be 1″ (25.4mm) right? Wrong. Spoiler alert – every 1-inch sensor measures diagonally much less than 1″.

In one of his latest videos, the Tech-Youtuber Marques “MKBHD” Brownlee talks about cases when tech companies lie to us (customers). A large portion of the video (from 07:48) is dedicated to the 1-inch sensor situation as a way of manufacturers giving us misleading information. As I think Marques summarizes the topic quite well, I decided to write a short article about it.

How large is a 1-inch sensor?

The history of the term “1-inch sensor”

To understand the “why” behind this confusing practice, we need to go way back to the beginning of broadcast cameras. For this segment, Marques borrowed a few nice animations from the Veritasium Youtube video called “How Was Video Invented?” I recommend watching the whole video if you haven’t seen it yet as it is really interesting and shows how much progress our industry made over time.

These first cameras designed for live broadcasting obviously did not have a film stripe inside. The hearts of these cameras, as well as televisions back then, were cathode-ray tubes (shortly CRT). These tubes were constantly sending and/or receiving a ray of electrons that got bent by electrical magnets. These rays of electrons either captured or projected an image line-after-line. I am sorry for this oversimplified explanation, but if you are interested in this technology, please do watch the whole Veritasium video. An interesting side note – there was no way to record the image in the early days of TV. It could only be broadcast live.

These cathode-ray tubes in the early TV cameras are actually the reason why until today companies use the term 1-inch sensor. The bigger the diameter of the tube, the more light it could capture. A widely used diameter of the tubes was, you guessed it right, 1-inch. The important part – the “sensitive area” – of such a tube was around 0.63″ (15.9mm) in diameter. That is the actual physical diagonal of our modern 1-inch sensor.

The size of video camera tubes is simply the overall outside diameter of the glass envelope. This differs from the size of the sensitive area of the target which is typically two-thirds of the size of the overall diameter. Tube sizes are always expressed in inches for historical reasons. A one-inch camera tube has a sensitive area of approximately two-thirds of an inch on the diagonal or about 16 mm.

So the size of today’s 1-inch sensors refers to the diameter of a hypothetical CRT tube that would be needed to encompass the sensitive area of the same size. Confusing? Definitely. Is it a serious problem? I don’t think so. While the term 1-inch sensor definitely is misleading, it is probably not that harmful if you know what you are buying and if you know where the size of the sensor sits when compared to other sensor sizes.

Interestingly, even the Micro Four Thirds sensor, with its 18×13.5mm sides and 22.5mm diagonal, physically does not reach “true” 1-inch (25.4mm) size. Now, some manufacturers are referring to the 1-inch sensors as 1-inch type (or 1.0-type) sensors, so this kind of hints on the hypothetical 1-inch size. It is good, however, to know the truth behind these sensors.

Did you think that 1-inch sensors are actually 1″ in diameter? Do you find this name confusing? Let us know in the comments section underneath the article.