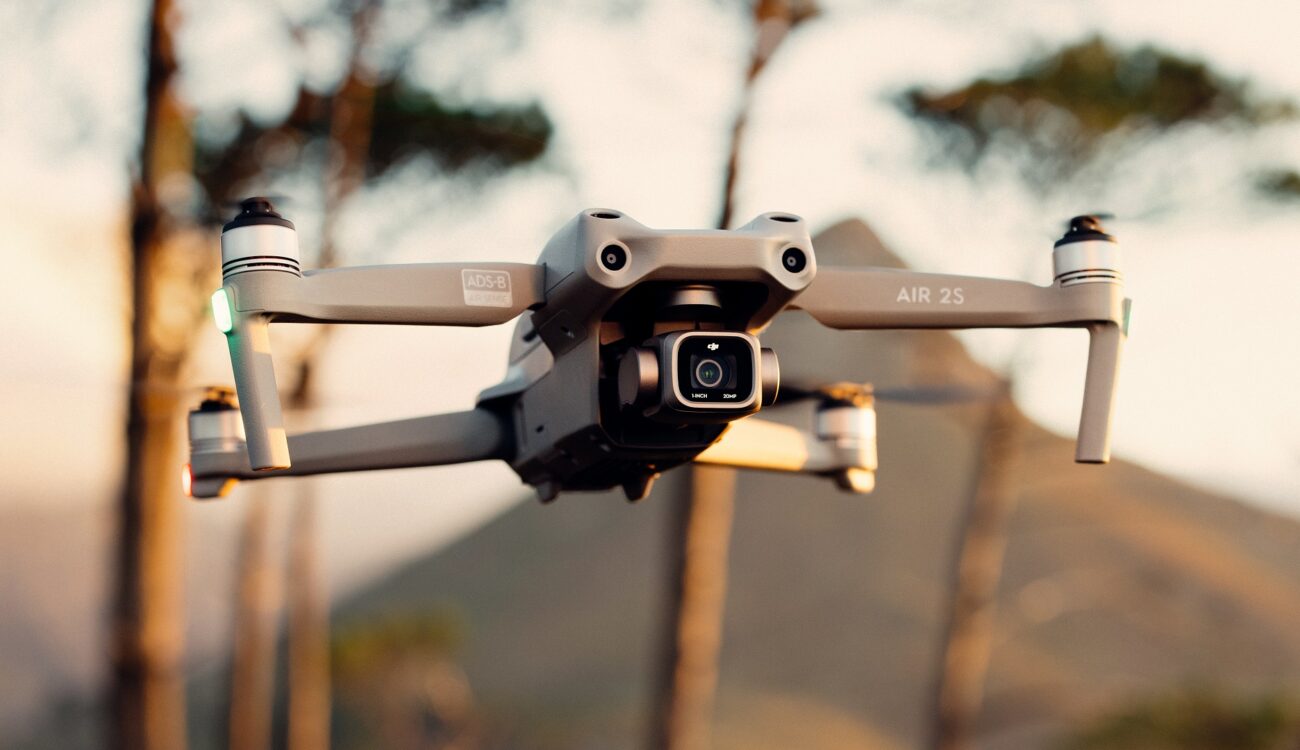 The newly announced DJI Air 2S drone features a 3-axis stabilized camera with a 1-inch 20MP sensor capable of recording 5.4K30 or 4K60 video in 10-bit with a D-Log gamma curve. With a maximum flight time of 31 minutes, the drone includes some new features such as MasterShots, APAS 4.0, or AirSense. It is available now starting at $999. My colleague Nino spent a considerable amount of time flying the new DJI Air 2S, so make sure to check his hands-on video and article review by clicking here.

The original DJI Mavic Air was introduced in January 2018 during an actual physical event (crazy right?) in Monaco. You can check Nino’s hands-on video with an article right here. Roughly a year ago, DJI announced its successor – the Mavic Air 2 (read our hands-on review here) – which improved a lot over the original drone and first introduced 4K60 video to the Mavic line. It was some time last year, too when DJI started dropping the known product names such as “Mavic”, “Ronin”, or “Osmo” off of its product lines. In the same manner, they announced the drone does not carry “Mavic” in its name anymore. It is simply called DJI Air 2S and I am quite impressed by the list of improvements from Air 2. Enough introduction, let’s dive into the drone’s features and specs.

Perhaps the most interesting improvement is the new camera. The size of the image sensor grew and it now matches the Mavic 2 Pro and its 1-inch image sensor. As a reference, the Mavic Air 2 has a 1/2” 48MP sensor. The resolution now dropped to 20MP (5472×3648, 3:2) which results in a larger pixel size of 2.4μm. The Air 2S should therefore produce better images in darker environments.

In addition to standard photo options like Timed Photo, AEB, and Panoramas, the Air 2S also sports a SmartPhoto mode that automatically chooses the best of three options given the captured scene – HDR, Hyperlight (designed for low-light scenarios), or Scene Recognition.

When it comes to available video resolutions and framerates, the DJI Air 2S stepped up their game by going beyond-4K. The drone offers following video modes:

Users can choose to record in H264 or H265, depending on their preferences for image detail and storage capacity, and can also choose from three video color profiles – Normal (8 bit), D-Log (10 bit), or HLG (10 bit). The maximum bitrate is 150Mbps. I think it is really nice, that DJI now offers a 10-bit video in the Air series.

Apart from regular manual flying, you can use some pre-programmed modes with the Air 2S. These options include:

The DJI Air 2S uses the same 3500mAh battery as the Mavic Air 2 that gives the new drone up to 31 minutes of flight time. The takeoff weight is 595g (1.31lbs) and the dimensions are 180×97×80mm (folded) and 183×253×77mm (unfolded). There are directional obstacle sensors on four sides of the drone (top, bottom, front, and back) that incorporate binocular zooming technology to recognize incoming objects from further away at faster speeds. The Air 2S lacks, however, the side sensors of the Mavic 2 Pro. Maximum flight speeds are 19 m/s (S Mode), 15 m/s (N Mode), and 5 m/s (T Mode).

Thanks to O3, DJI’s third iteration of OcuSync, the communication between the drone and the remote should be stable and reliable even for longer distances. According to DJI, the maximum distance for a stable feed is 8km (CE) or 12km (FCC) even in areas with a high number of signals. DJI Air 2S uses the latest version of the DJI Fly app.

Interestingly, the Air 2S takes advantage of the APAS 4.0 (Advanced Pilot Assistance System) that can autonomously maneuver around objects. While flying at normal speeds, the system offers a wider field-of-view to detect obstacles compared to previous versions. At higher speeds, the angle of the drone pitches forward more and the newly added upward obstacle sensor plays a critical part in assisting obstacle detection.

As with DJI’s latest drone models, the DJI Air 2S AirSense system warns drone pilots of nearby airplanes and helicopters transmitting ADS-B signals, so they can quickly fly to a safer location. Other standard DJI safety features include an improved Return-To-Home (RTH) feature, which can bring a drone back to its launch point if it loses contact with the controller or reaches a critically low battery level, and the GEO 2.0 geofencing system to advise pilots of airspace restrictions and help them steer clear of sensitive areas like airports.

The DJI Air 2S is available now. The price for the standard package with the drone, remote controller, and one battery has been set to $999. There is, of course, a Fly More Combo as well that adds two more batteries, ND filters, a charging hub, and a shoulder bag and it costs $1,299. I think it is a good move that DJI now includes ND filters pack in the Fly More Combo as that is an essential accessory for video capture.

What do you think about the DJI Air 2S? Are you going to upgrade from your current drone? Let us know your thoughts in the comments section below.