These days, shooting in 4K, is more popular then ever and certainly more affordable with the introduction of the Panasonic GH4. But how practical is it to shoot in a “real life production”?
In episode number 6 of our successful “ON THE COUCH” series recorded at NAB and hosted by my friend and colleague Nino Leitner, Rodney Charters, ASC, is questioning the necessity of 4K filming in modern digital cinema and TV productions. I admire Rodney and find his thoughts very interesting and extremely helpful, but from my personal experience and after getting the chance to participate as a DOP in a low/no budget production, I came to the conclusion that shooting in 4K (regardless to your final full HD output be it TV or web) is a must. 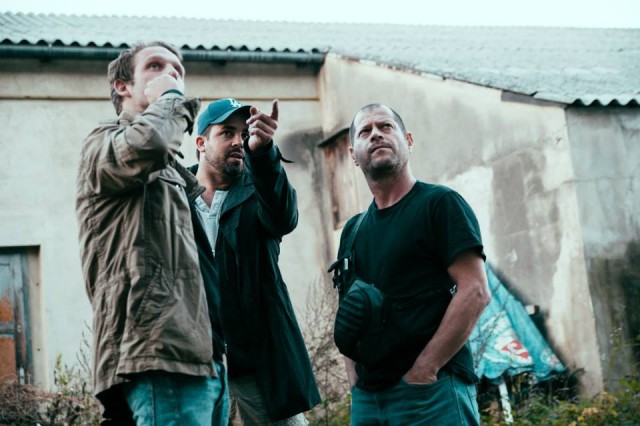 When the young and promising Austrian director Jan Woletz and his talented colleague Christof Dertschei (VFX effects specialist) asked me to join shooting the teaser for “Wienerland“, their up coming web series, we went into short discussion regarding the question, “which camera to use”?. As it was a no budget production, Jan was in favor of using his Canon C300 as our main camera, while I was suggesting shooting on my personal Canon 1DC. For many professionals using a 4K camera for a “web production” might look as an extremely “over kill” decision, nevertheless, my arguments for using the Canon 1DC were very clear:

-We had only 3 shooting days. In those packed days (or should I say nights), we had to film a great variety of perspectives. One of the ways to overcome the shortage of time and give my director freedom while editing (freedom in the sense of deciding on a certain perspective taken from the 4K frame and  also be able to “travel” within the frame” was to shoot in 4K and edit on a 1080 timeline.

-In this specific production we were under staffed and short in equipment. There was no doubt that only a camera which can produce a nice, clean looking image at high ISO values would be an option. The Canon 1DC was chosen as the best available option. 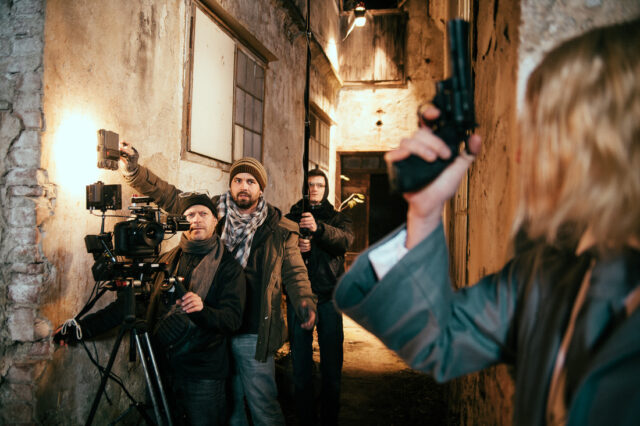 Now, a short pause from the 4K talk and a little bit about the “Wienerland project”. Actually, I will let Jan and Christof describe it best in a short 3 minute video they made exactly for this purpose.

Back to our discussion, unlike other “fashionable” filming trends, I’m sure 4K shooting is here to stay. It is up to us the users to make the most out of it and make it serve us best in our productions. As more companies like Panasonic, Blackmagic and Kinefinity to name a few are now offering affordable 4K recording, I am sure more companies will follow with modestly priced solutions too. 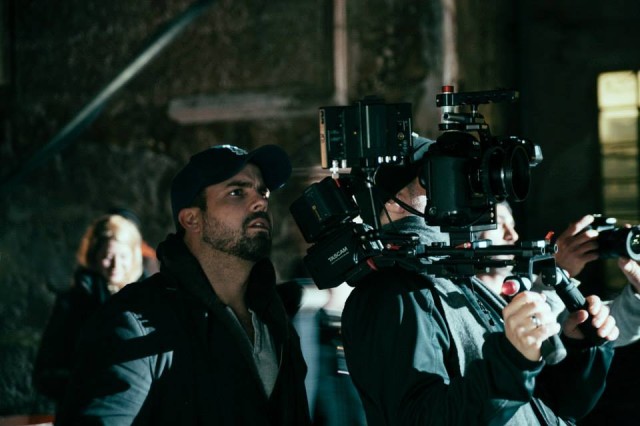 And what about “Wienerland”, where does the project currently stand? As this is a “web based series”, the creators are looking for a large fan based audience which will follow and support them during the different stages of the production. A crowdfunding campaign is also planned.  Cinema5D will continue to accompany the project and share when progress is made.

See the list below to find out which equipment was used for this teaser.

Main grading was done in DaVinci Resolve (no film look plugins used). Pre-grading & matching (respectively most of the grading of the shootout) was done in After Effects with Colorista II.

I would like to thank the most amazing dedicated crew. Without them any of it wouldn’t have been possible. A special thanks to my “Swiss army knife” gaffer Uli Neuburg and electrician Elias Jerusalem.

Please stay tuned to cinema5D as we will soon post another episode of “ON THE COUCH“, where Nino Leitner hosted a very engaging discussion with Jan Woletz, Christoph Dertschei and the Bui Brothers, talking about exactly that subject: Is it worth shooting in 4K or not? The episode will go live in the coming days.

A full actors/crew list of “Wienerland” can be seen here
Making of and behind the scene: