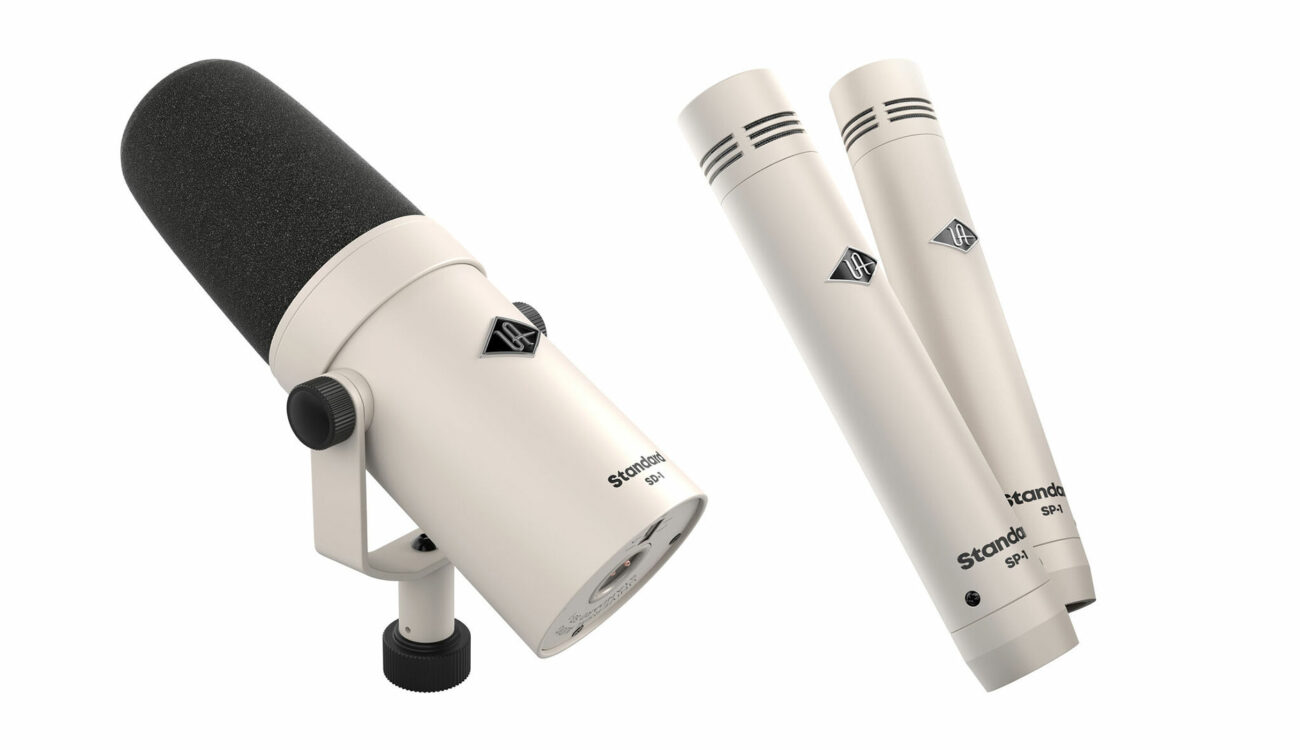 Universal Audio recently introduced its first-ever lineup of microphones with the release of the SD-1 cardioid microphone for studio use and the announcement of the SP-1 pair of pencil microphones, ideal for recording stereo room tones and much more. Let’s take a closer look at these!

Universal Audio is well-known for creating some of the best audio interfaces money can buy, like their portable Arrow model and Apollo series.

Just like the manufacturer Slate a couple of years ago, Universal Audio has now entered the microphone market with its first lineup of six models, including the SD-1 and SP-1 microphones.

The Universal Audio SD-1 is a dynamic cardioid microphone mainly targeted at vloggers/YouTubers/podcasters.

Let’s face it, the design with the built-in windscreen will probably remind you of the famous Shure SM7/SM7B that most content creators use. I use an SM7 too, and it’s pretty much the standard for recording vocals when you’re close to the microphone. Also, the main problem with the Shure is that it requires an insane amount of gain to get a clean signal/noise ratio, but that’s another story.

The Universal Audio SD-1 connects to your camera via a 3-pin XLR connector at the bottom of the microphone. It has a frequency response that goes from 50Hz to 16kHz.

As you can see, there are a couple of recessed switches. The first switch activates the low-cut filter to reduce rumbling and unwanted low-end noise. The second switch engages the Articulation Boost that adds a 3-5kHz boost. To make it short, it increases the human voice’s intelligibility.

Also, suppose you have an UA Apollo audio interface. In that case, the SD-1 comes with a set of audio presets to improve your results: radio-ready EQ and compression settings for vocals, guitars, and broadcasts.

Universal Audio also teased the SP-1, a pair of small-diaphragm condenser stereo microphones. Unfortunately, there’s very little information about this set of microphones at the moment.

If you’re familiar with the Rode NT5, you can also see slight design similarities. For example, this kind of microphone pair is often used to create stereo sounds, room tones, and ambiance.

The Universal Audio SD-1 is available now for $299. One of its main competitors, the Shure SM7B, retails for $399.

What do you think about these new Universal Audio microphones? Do you believe the SD-1 could replace your SM7/SM7B? Do you often use a pair of microphones like the SP-1? Don’t hesitate to let us know in the comments down below!