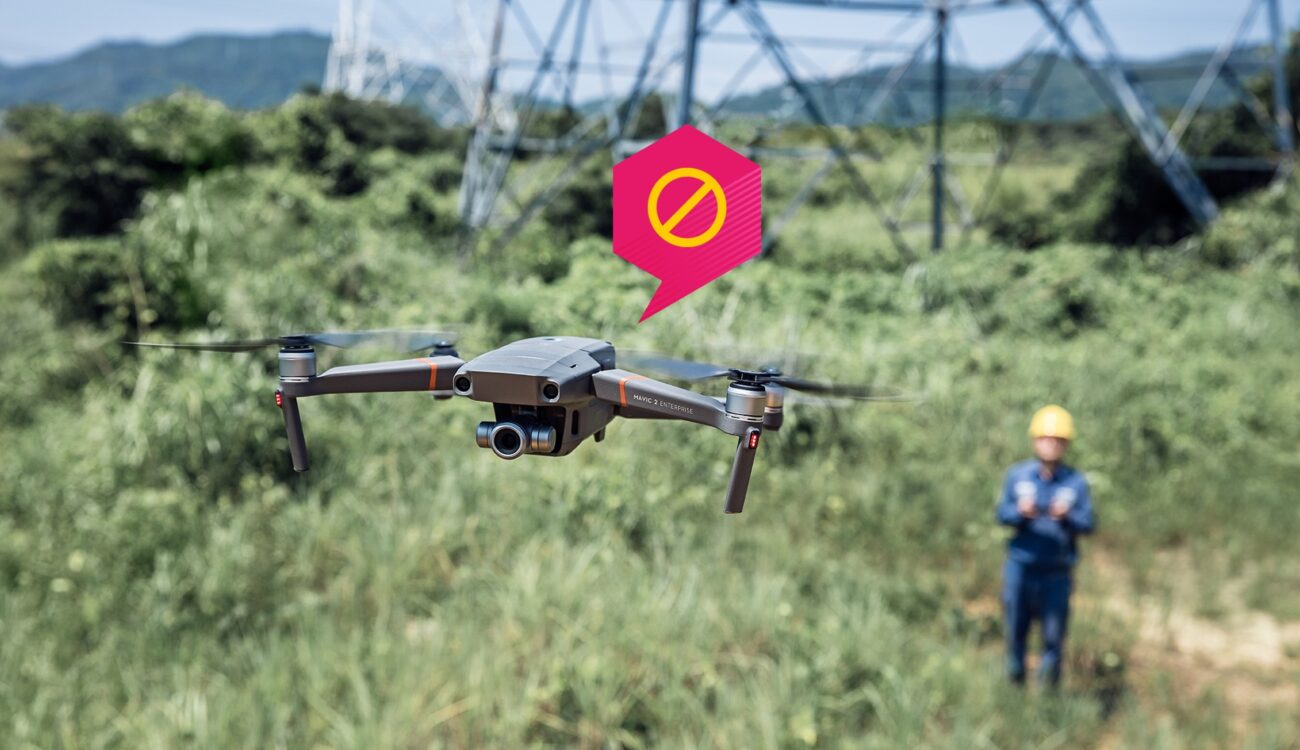 US Department of the Interior (DOI) issued new order, which means DOI’s employees can no longer fly drones made by foreign-owned companies or those made with foreign-manufactured components due to cybersecurity concerns. With the new order, DOI has basically grounded their entire drone program. The only exception from the new policy are emergency situations. It is not yet clear, whether it is a temporary measure or not. 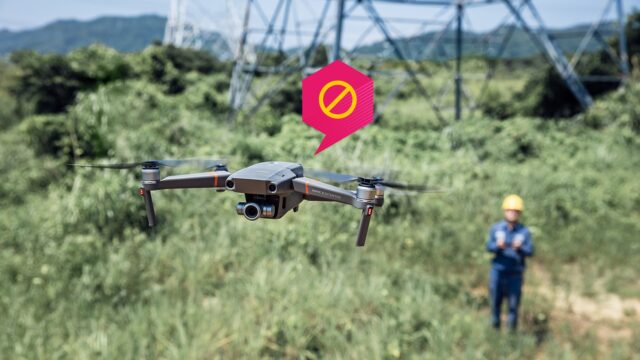 On January 29th, the US Department of the Interior (DOI) issued a new order number 3379. This order reveals a new department policy that takes aim at drone technology. According to the policy, DOI employees can no longer fly drones made by foreign-owned companies or those made with foreign-manufactured components.

This new policy basically means that DOI has grounded its entire drone program. The DOI communicates cybersecurity concerns as the sole reason behind the new order. Emergency situations are an exception to this order, according to DOI. In case of an emergency, DOI employees can further make use of their current drone fleet. The full order can be found here as an image or directly on DOI’s website as PDF. It is not yet clear, whether it is a temporary measure or not. 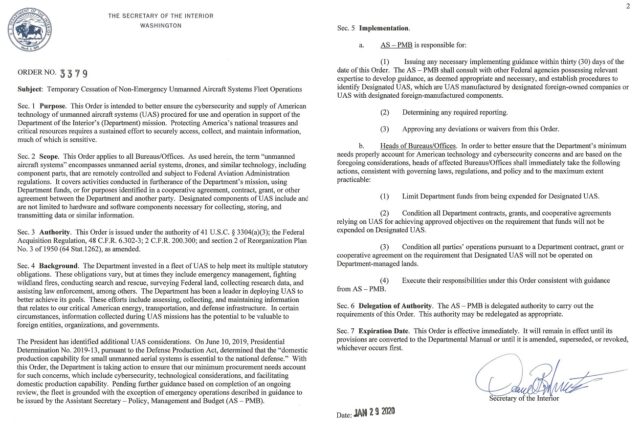 DJI is a Chinese tech company and a global leader in the drone market. In reaction to the new order, they published a post on their blog (you can read the whole post here). According to DJI, the DOI’s fleet of 810 civilian drones (only about 20% of which are DJI products) is the largest in the federal government. The DOI flew many drone missions (over 10.000 in 2018) to support everything from surveying migrating birds to fighting wildfires, or monitoring volcanos.

We worked diligently with DOI officials, who themselves worked with independent cybersecurity professionals and experts at NASA over the course of 15 months to create a safe and secure drone solution that met DOI’s rigorous requirements. The result of this collaboration was our Government Edition (GE) solution which provides additional safeguards so drone data is not intentionally or accidentally shared with unauthorized parties. Just a few months later, at the request of the Department of Homeland Security, our GE drones were independently evaluated a second time by the Department of Energy’s Idaho National Lab, which also found no areas of concern related to data leakage.

DJI says, that this order makes clear that the U.S. government’s concerns about DJI drones have little to do with security and are instead part of a politically motivated agenda to reduce market competition and support domestically produced drone technology, regardless of its merits.

By the DOI’s own admission, all of the drones it has procured are made in China or have components made there, including drones from companies headquartered in the US and Europe. Therefore, following its own policy to its logical conclusion would mean that the agency plans on keeping these drones grounded indefinitely, wasting the millions of dollars spent on procuring them.

DJI is concerned, that this policy might also require a restriction on other equipment used across DOI, like smartphones, laptops, radios, etc. They did not forget to mention lower cost and increased safety of using unmaned aircrafts versus traditional helicopters for certain tasks.

As an alternative to DOI’s strict policy, DJI suggests:

Instead of focusing on country of origin, a more effective solution would be to treat drones as any other information technology asset like a laptop or smartphone, and set clear industry-wide technology standards and requirements that ensure their safe and secure operation, much like those the DOI shared with us when we developed our Government Edition solution. Drone manufacturers would in turn ensure their products are built to meet the standards that are prescribed for the intended mission.

What do you think about the recent DOI’s order? Do you agree with DJI on this topic? Do you think chinese products have serious cybersecurity issues? Let us know in the comments underneath the article.