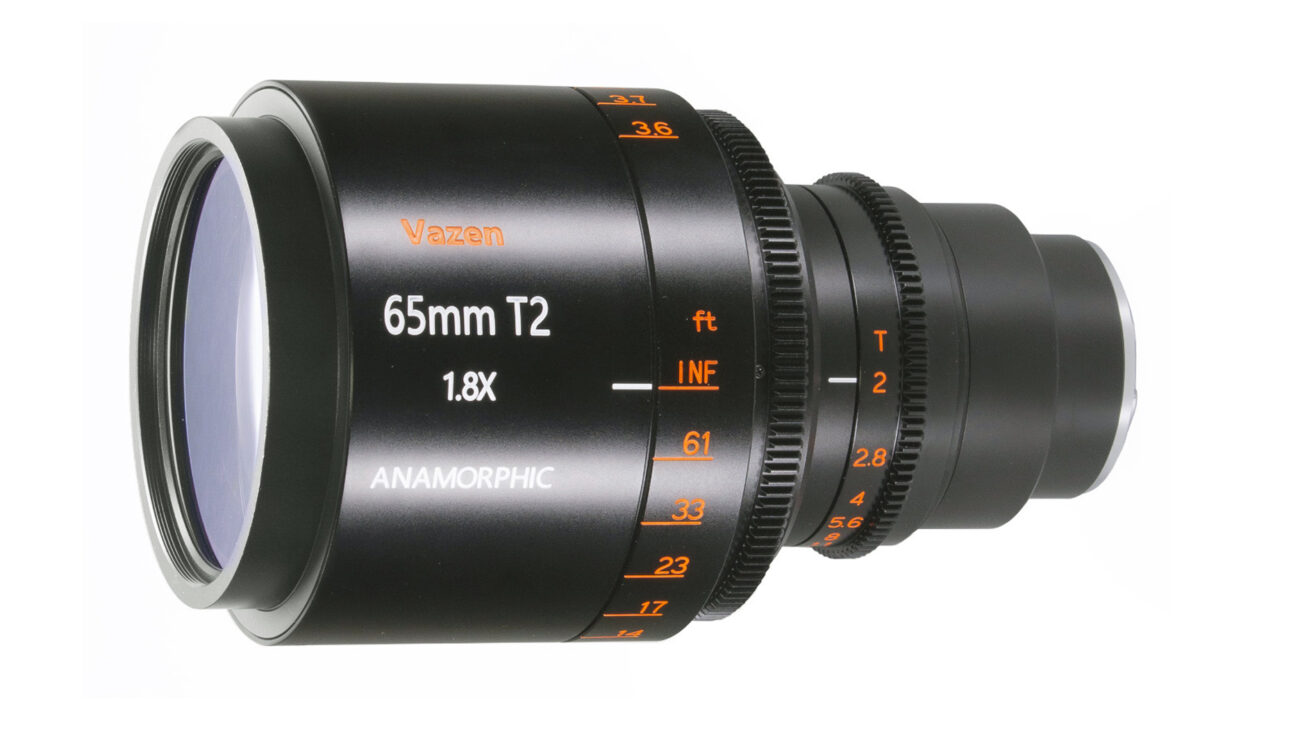 It was back in June 2019 when Vazen initially announced three anamorphic lenses for the Micro Four Thirds format. Now, some 18 months later, the trio is complete. The 65mm T2 1.8x is the longest in focal length of the three. Let’s take a closer look.

Filtration compatibility is as expected – 95mm front diameter with a 86mm internal thread. 0.8 mod gears are featured on both focus and aperture rings.

As with all previous Vazen anamorphics (both their other two Micro Four Thirds and their Full Frame line), the Vazen 65mm T2 features a 1.8x squeeze design.

4:3 sensor modes are fairly common within the MFT format, which when coupled with a 1.8x anamorphic squeeze, will yield familiar results.

The 1.8x crop on a 4:3 sensor plane gives you a circa 2.39:1 aspect ratio. This is an aspect ratio that we have become accustomed to over the years with traditional cinema formats.

The 1.8x crop on a 16:9 sensor gives you an overly rectangular final format; your image is much wider than perhaps one is used to.

Some like to retain this width, but more often it is cropped out, therefore reducing resolution.

Anamorphic lenses with less of a crop, for example 1.33x, provide the same sort of aspect ratio but on a 16:9 sensor.

Whilst this addresses the final output format, it does so in a way that offers less anamorphic squeeze, therefore lessening the aesthetic effect of the final image (e.g areas of out of focus are less oval).

It is therefore deemed by Vazen that a 1.8x squeeze design offers the most amount of balance (anamorphic aesthetic vs. resolution).

The Vazen 65mm T2 1.8x Anamorphic is priced the same as the 40mm, $3250 when purchased individually. According to Vazen, it is available to ship immediately.

Have you been using any Vazen anamorphic lenses in your productions? Were you happy with the overall image quality? Please share your thoughts with us in the comment section below.