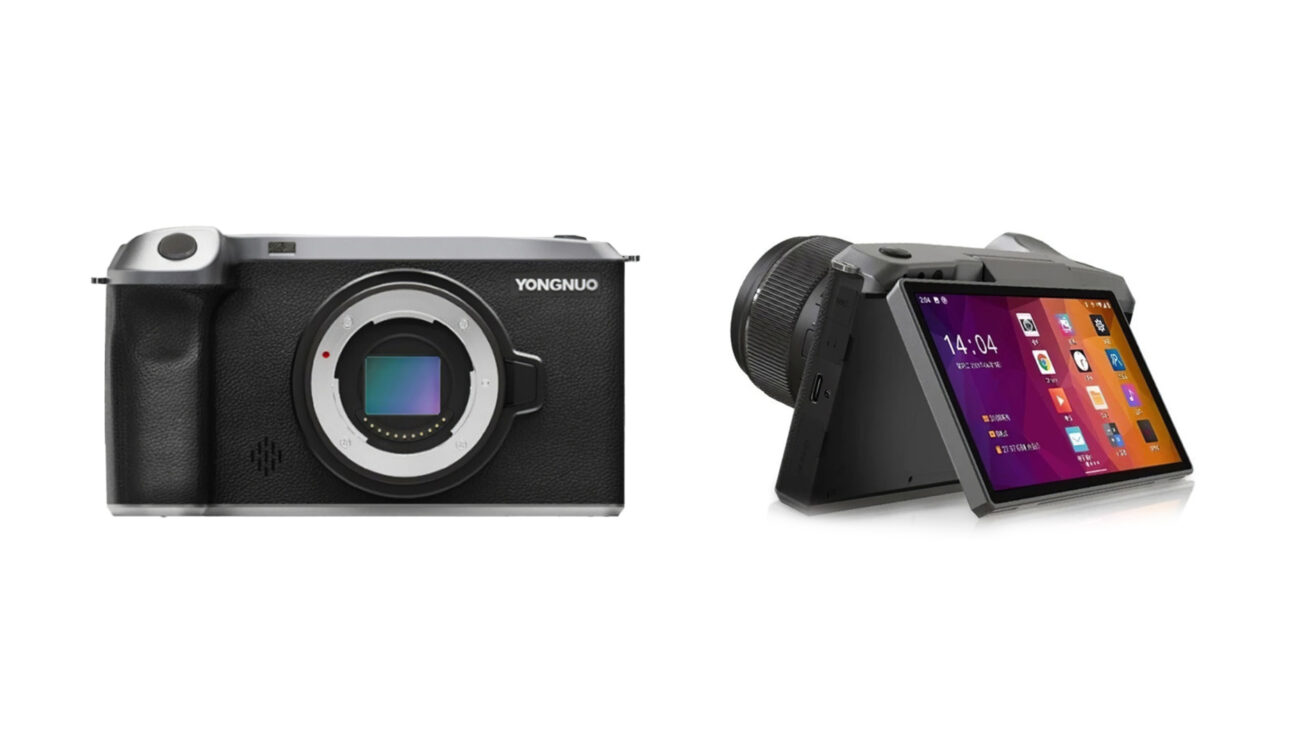 Yongnuo has recently showcased a new Micro Four Thirds camera during the Shanghai P&I Exhibition: the Yongnuo YN455. The camera features a 20MP sensor, a 5″ tilt-touch display, it can record footage at up to 4K30p, and it runs under Android 10. Let’s take a closer look at this interesting smartphone/camera hybrid concept!

Chinese manufacturer Yongnuo is mostly known for making affordable lenses like their 25mm F/1.7 prime lens for MFT cameras or the 35mm F/2 AF for Full Frame Sony E mirrorless cameras. However, in 2019, the company joined the camera market to launch the YN450 Android camera with MFT and Canon EF mounts.

Unfortunately, this little camera was sold only in the Chinese market for around $500. But, with the new Yongnuo YN455 announced a couple of days ago, this new iteration might be for everybody.

While the video/photo specifications are pretty decent, the Yongnuo YN455 is a hybrid between smartphones and cameras. Indeed, the YN455 is powered by a Snapdragon SoC, similar to what can be found inside high-end smartphones. This Snapdragon chip has a 2.2Ghz 8-cores CPU, 6GB of built-in RAM, and it can take a 2/3/4G Nano-SIM for connectivity.

On top of that, the YN455 runs on Android 10, which can be found on many smartphones. It means that the camera will have live-streaming capabilities and the ability to edit pictures/videos directly inside the camera. Oh, and if you’re waiting during your shoot, you can always browse the web or Instagram.

What do you think about this kind of camera/smartphone hybrid system? Do you think the Yongnuo YN455 would be a great option on the international market? Don’t hesitate to let us know in the comments below!