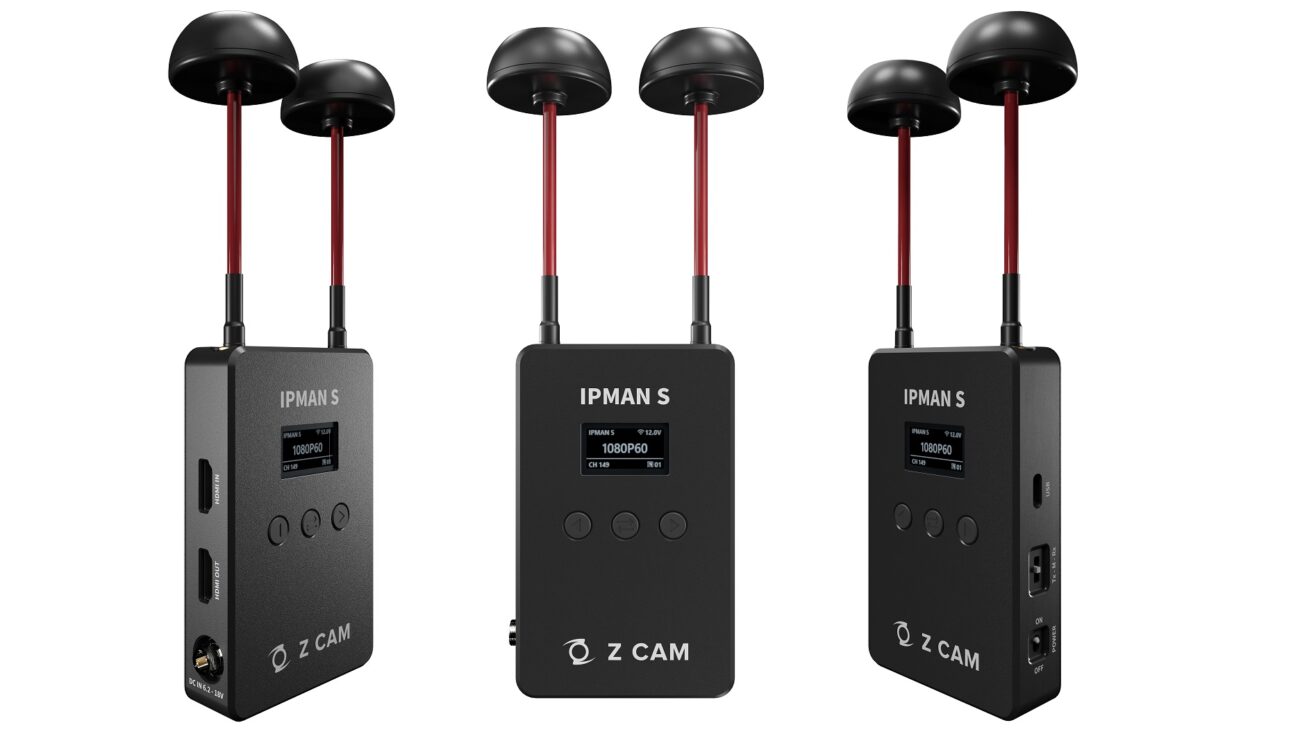 Z CAM IPMAN S is a new affordable streaming and wireless video transmission device. It can act as a transmitter or receiver, incorporates both HDMI input and output ports, and can wirelessly send up to 1080p 60ps video. Powered via NP-F batteries or DC input, the IPMAN S should be available in June for $149.

The Chinese camera manufacturer Z CAM offers a wide variety of cameras with different sensor sizes – take a look at our Z CAM E2 F6 review for example. They also manufacture some accessories for cameras – the latest one is a wireless video transmitter and a streaming device called Z CAM IPMAN S. Let’s take a look at its features and specs.

Z CAM IPMAN S is a compact device with two antennas, that looks like a regular wireless video transmitter. According to Z CAM, it can do more, however. It has both HDMI input and output, but it seems it will only support select cameras with HDMI output. Z CAM did not specify yet which cameras will be compatible with it. The device has the following functions:

For ethernet streaming, the device requires an additional USB-C to Ethernet adapter. Each device can only be connected to one camera, since there is only one video input. There is a small switch on the side to change the function between Transmitter and Receiver mode. Live streaming works for up to four devices simultaneously – with wired or wireless connection. The device has a small display on the side to check status, as well as three buttons to help set it up.

Both HDMI ports on the IPMAN S are capable of Full HD 1080p 60fps maximum. The HDMI output port can be used either as a loop out when the device is set to Transmitter (TX) mode or as a video output in case the Receiver (RX) mode is activated. There is also an M mode between TX and RX on the switch, but Z CAM did not specify yet what it’s exactly for. Perhaps for the multiple cameras network?

The Z CAM IPMAN S can be powered either via NP-F battery (the battery plate is on the back of the device) or via DC socket 6.2V ~ 18V. The line of sight transmission distance with the two antennas is approximately 100m (330′) according to Z CAM, but this can, of course, vary depending on radio interference on site.

The IPMAN S will start shipping in June 2021 and the MSRP has been set to $149. The package will include the main unit and two antennas.

What do you think about the Z CAM IPMAN S? Do you see the need for such a streaming solution for cameras with HDMI? Let us know in the comments section underneath the article.