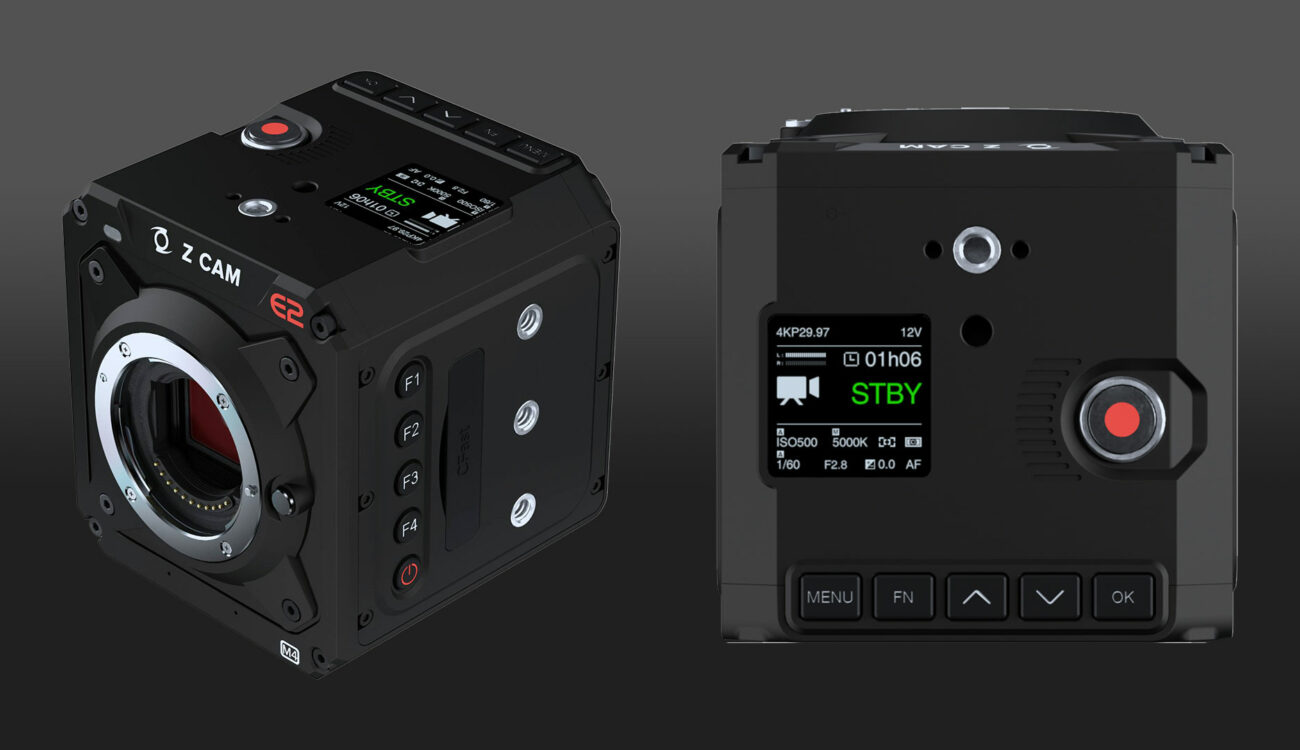 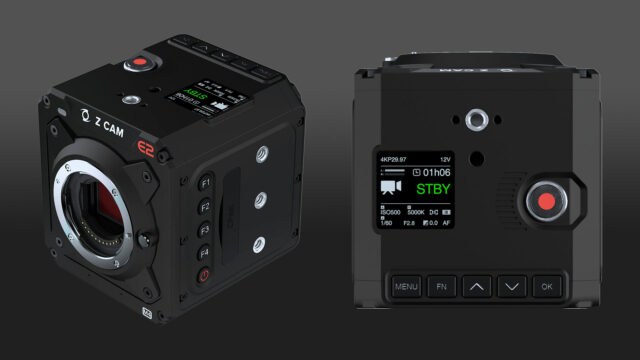 The Chinese camera company Z CAM first presented the E2 model at NAB 2018. Back then, the camera made headlines with its impressive specs like 4K 120fps, 10-bit internal codecs, and small form factor. It is worth noting that even after its release, Z CAM constantly kept improving the camera over time with firmware updates. Recently, Atomos and Z CAM announced that the E2 will be able to output RAW over HDMI and Ninja V will record it in 12-bit ProRes RAW.

Z CAM already offers quite a broad camera portfolio already. The original E2 got a more affordable sibling with the E2C (first look review here) whereas Z CAM started selling its new flagship line of larger sensor cameras with the E2-S6, F6, and F8. Today, the company is announcing the Z CAM E2-M4 camera. Where does it fit in their current offering?

Firstly, the original Z CAM E2 features Micro Four Thirds CMOS sensor and it is capable of recording DCI or UHD 4K video at up to 160fps, it offers different flavors of ProRes 4:2:2 or 10-bit H.264 or H.265, and uses CFast 2.0 memory cards. To know more about the camera, make sure to check our Z CAM E2 review article with video.

The new Z CAM E2-M4 is basically the original Z CAM E2 fitted in the newer flagship-line body used for the E2-S6, E2-F6, and E2-F8 cameras. The only E2 feature which got sacrificed with the new E2-M4, is Sync feature used for multi-cam synchronization. The original E2, therefore, remains the only model that supports the Multi-cam Sync feature. The new E2-M4 will also support the 12-bit RAW output over HDMI.

One feature that comes with the new body is a user-interchangeable lens mount. The camera will ship standard with the MFT lens mount and can be optionally fitted with an EF, PL, or M lens mount. The good thing about Z CAM’s EF and PL mounts is that they support the electronic ND filter insert.

On top of the EF and PL mounts with the eND, Z CAM will also offer the so-called TurboMount. From what I was able to find, the TurboMount will work the same way as Speed Booster adaptors – it will increase an f-stop of a mounted EF lens to simulate a larger sensor.

The difference is that this is fixed to the camera as a lens mount rather than an adaptor. According to ZCam CEO Kinson Loo, the TurboMount will come for the E2-M4 (later also for the E2-S6) and it should provide full control of EF lenses. It seems it will have a Positive Lock EF mount. 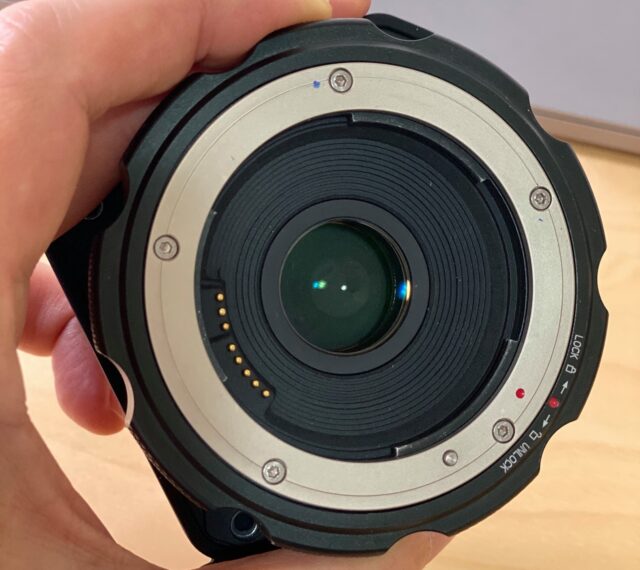 Z CAM confirmed that it will NOT be possible to use the TurboMount and the eND insert at the same time. Users have to choose either focal reducer or eND. TurboMount’s magnification will be 0.71x which is equivalent to the Metabones Speedbooster Ultra. That means APS-C EF lenses will not vignette. Pricing and availability have not been announced yet as well.

The new E2-M4 will sell for $1,499 which is $500 less than the original E2. Shipping should start in the first week of June. The E2-M4 ships without an AC power supply, but other than that it ships with the same accessories as the E2 camera. Z CAM also announced they are not planning to drop the price of the original E2 ($1,999) at the moment.

Along with the Z CAM E2-M4 announcement, the Chinese company decided to drop prices for its 6K flagship cameras, which were already quite affordable before.

Please note that it might take a short while before the shops update their prices.

Last but not least, Z CAM announced that all E2 series cameras will soon support direct RTMP, RTMPS and SRT live streaming. This function is including but not limited to Facebook and YouTube live streaming without going through a computer.

What do you think about the new Z CAM E2-M4 and the price drops? Do you have experience working with a Z CAM camera? Let us know in the comment section below the article.