The Chinese camera manufacturer Z CAM has made quite an impression on us when we reviewed their flagship model Z CAM E2. Now we have the much more affordable sister cam Z Cam E2C cinema camera in our hands – has it inherited some of the strong features? Read on …

Edit: the Z Cam E2C offers a gigabyte ethernet connection for control and live streaming, but no multicam synchronization as written earlier in this post and mentioned in the video above – sorry for this mistake – I have deleted the respective passages in the text below.

Since May this year, I have been using the micro four thirds (MFT) Z CAM E2 and more recently now the Z Cam E2C cinema camera. The more expensive  Z CAM E2 flagship model has very pleasing colors out of the box, a flat Z-Log2 profile and high frame rates (up to 4K 160fps)  in combination with strong internal recording options (H265, ProRes) as well as anamorphic modes – a very well rounded offering. 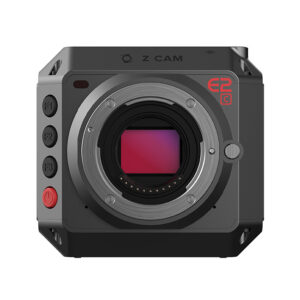 So when the new Z Cam E2C arrived I was curious to see if some of the strengths have trickled down to this very affordable model – the Z Cam E2C is currently listed at just 799 USD.

When looking at the price of this camera, keep in mind though that you have to rig it up with a monitor and audio equipment – see the setup that I used for the sample footage below: 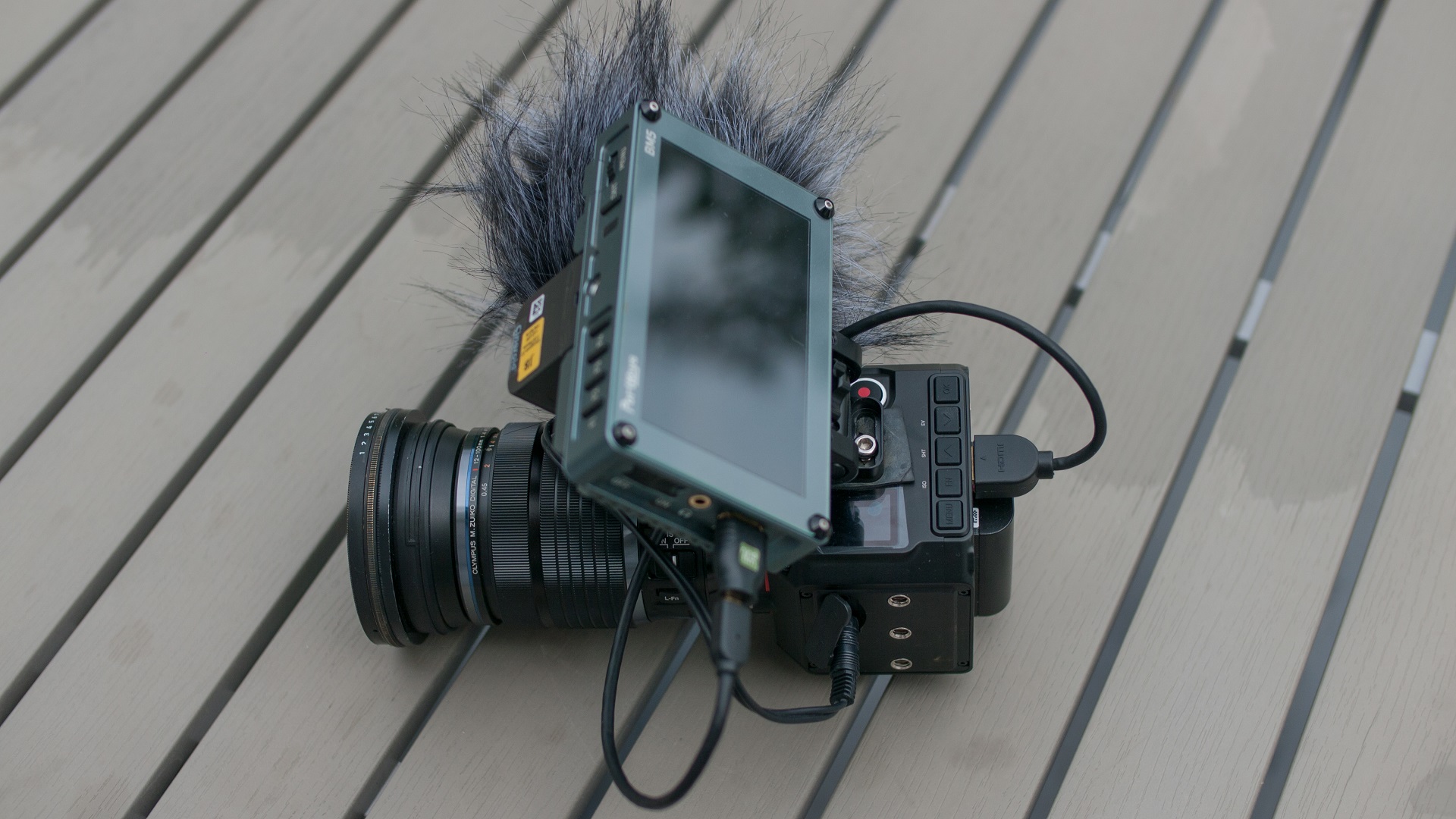 Z Cam E2C cinema camera rigged up with a monitor (Portkeys BM5) and a ZOOM H2 (not visible, behind the monitor) for audio capture via the 3.5mm input.

The Z Cam E2C uses an MFT sensor (slightly smaller than the one used in the Z CAM E2) which allows DCI 4K capturing of up to 4K 29.98 fps in combination with the Z-Log2 flat picture profile.

Codec wise there are H264 and H265 10bit internal recording options to SD cards, but as a big differentiator to other cams in this price bracket, it offers to record ProRes via USB-C to an external SSD drive.

Another feature is a gigabyte ethernet connection for control of the camera and live streaming. The WIFI (with the included antenna) of the cam allows the use of the Z CAM app that features a full-screen image view – essentially, if you accept some lag (see the video above) you can use your smartphone as a monitor. 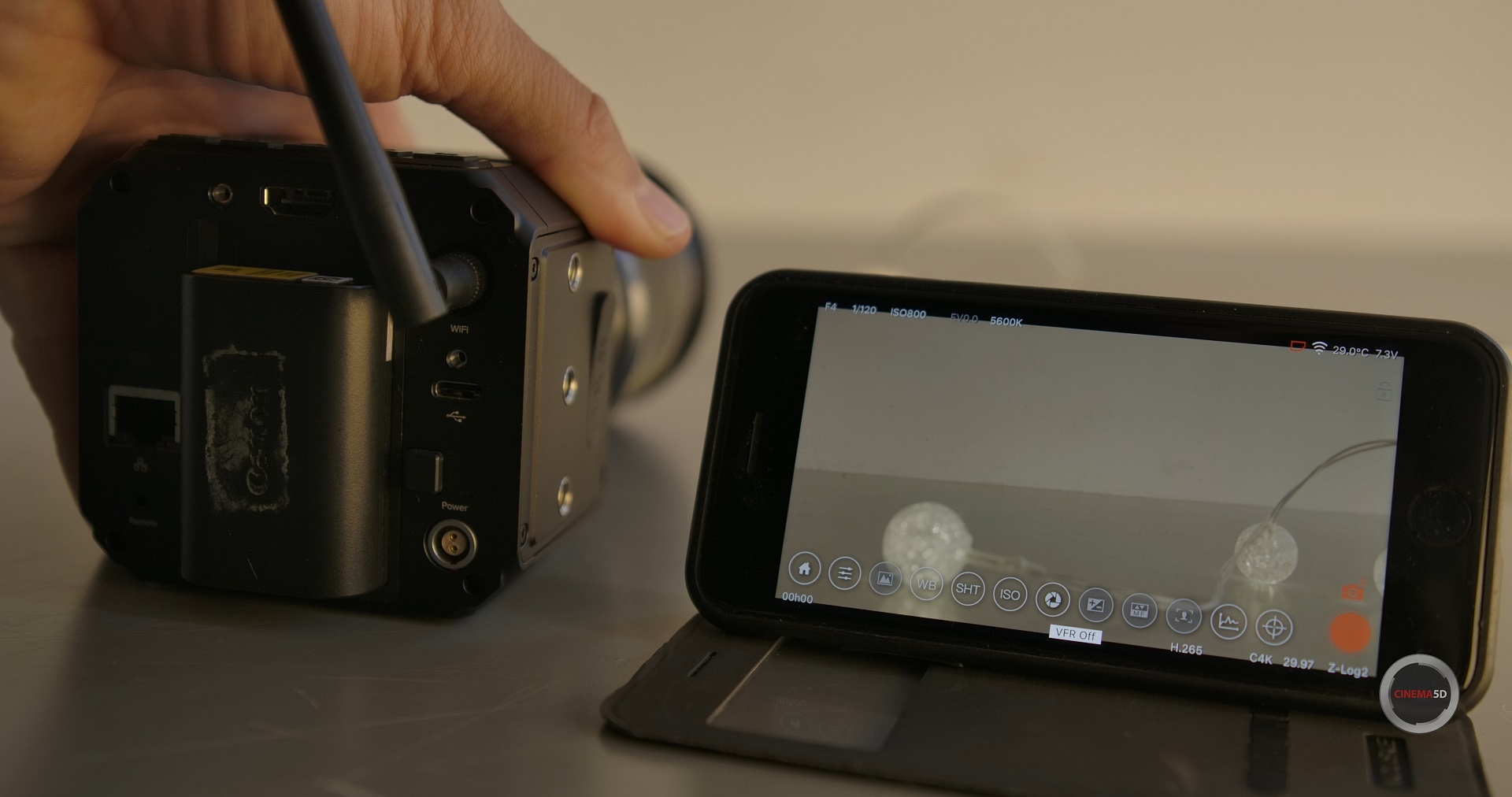 Enabling WIFI on the Z Cam E2C allows a full-screen image preview on your smartphone using the Z CAM app.

In addition, the Z CAM app essentially gives you full control over all the camera settings – very nice!

So far, so good! Next, I put the Z Cam E2C through our lab to measure dynamic range and rolling shutter.

We use a strobe light at 300Hz to reveal pairs of black bars that occur due to the read out nature of CMOS sensors (the rolling shutter). Each pair represents 3.3 ms of rolling shutter. 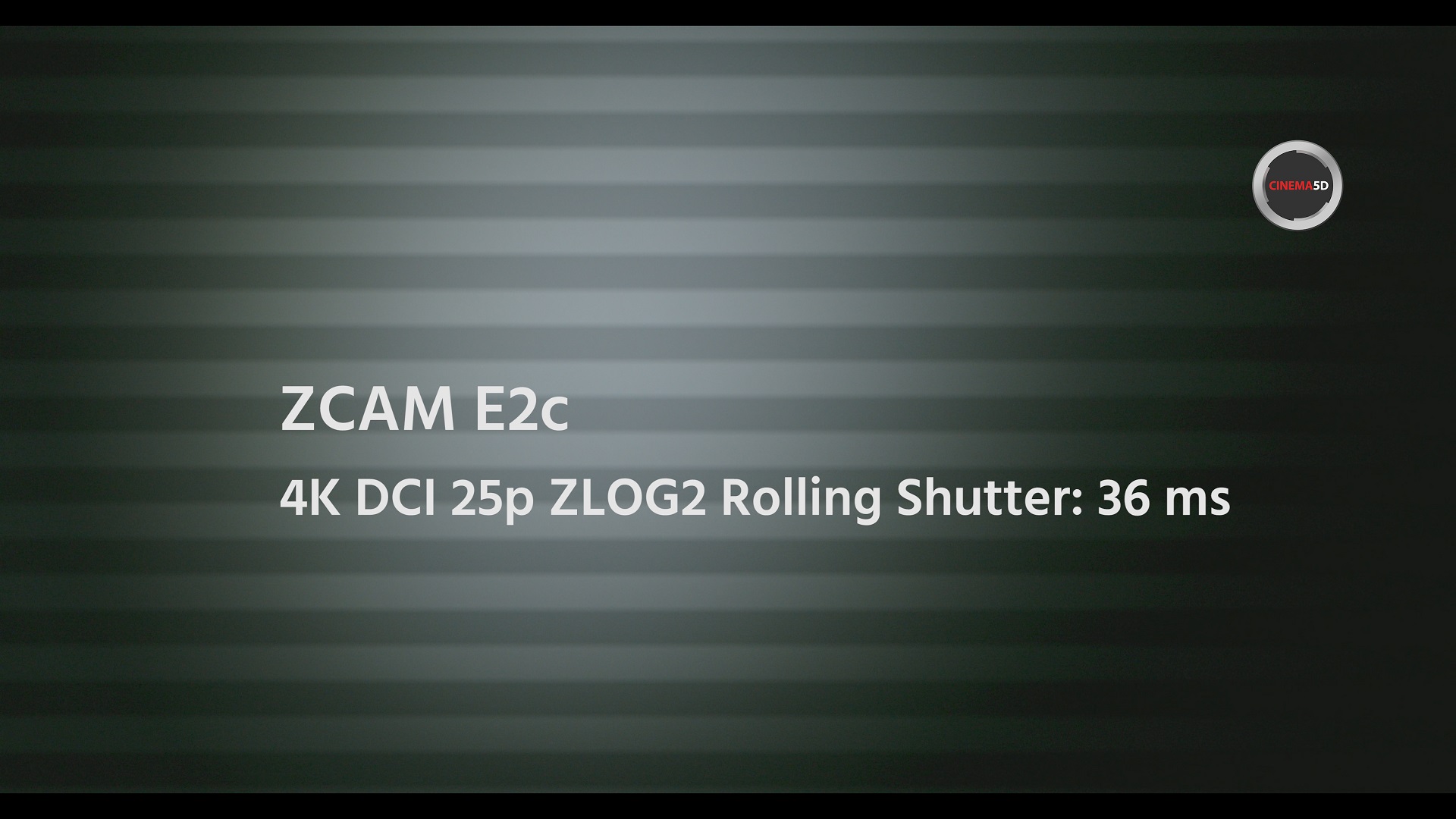 This rolling shutter result of 36 ms is the highest I have ever measured in the lab. Compared to the very good 11.1 ms of the sister Z CAM E2 camera, it renders the E2C a very delicate candidate for handheld work.

Given the value of 36 ms, I was wondering how it can do 29.98fps at 4K – I measured the rolling shutter at 29.98fps and got a result of 31.3 ms interestingly. So obviously the readout speed changes with the different modes.

Next, I was curious to see the dynamic range of the Z Cam E2C (have a look here to see how we measure DR).

Unfortunately, after the rolling shutter, the next disappointing fact was revealed: by the way how the stops are distributed in the Z-Log2 profile (which is the obvious choice for highest dynamic range readings), the noise floor is completely cut off.

This does not allow an analysis via our standard IMATEST routines – because no RMS noise values can be calculated for the lower stops. Therefore we only have the waveform plot of the Xyla 21 stepchart as a reference. From the waveform, about 10 stops of dynamic range can be identified.

This means, that you cannot dig into the shadows – there is nothing there, only black. 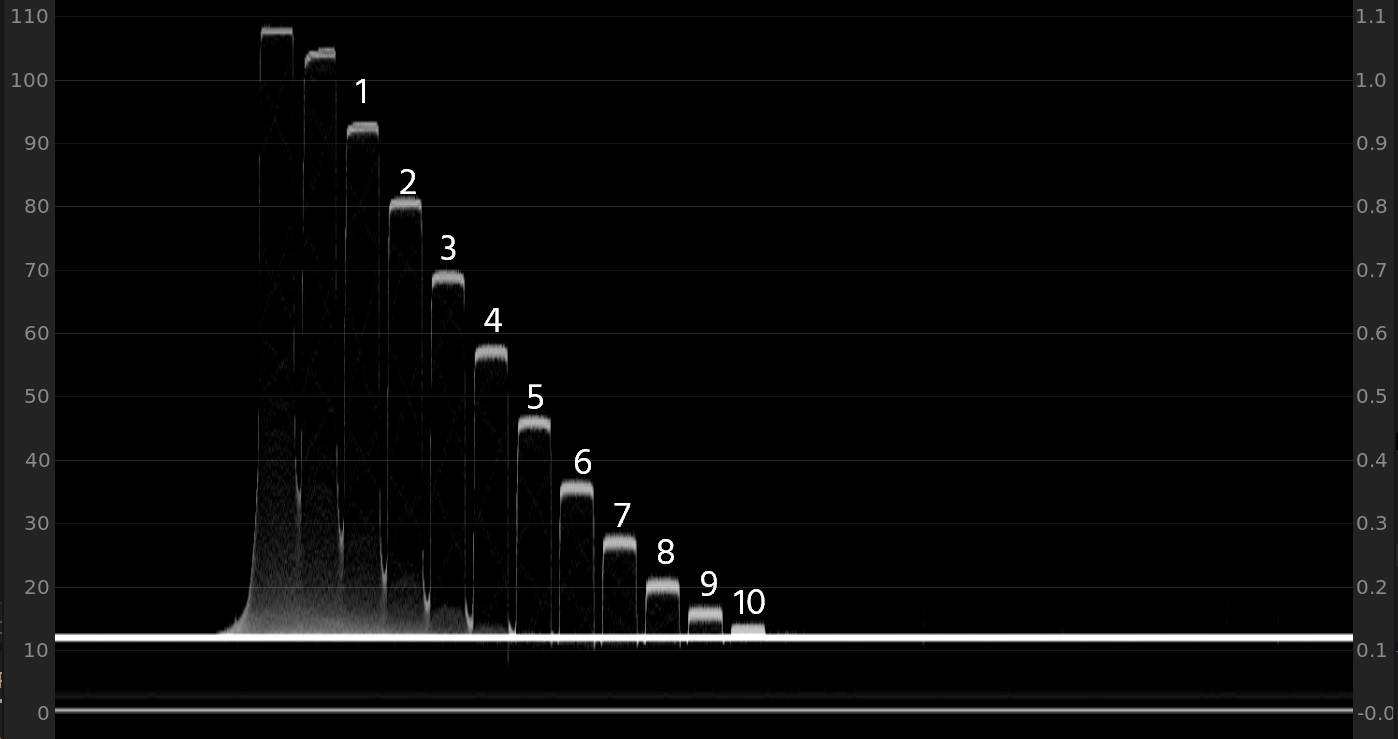 Waveform plot of the Xyla 21 stepchart: about 10 stops of dynamic range can be identified. Strangely, the noise floor is cut off by the way how Z-Log2 is implemented – not good.

Finally, when grading the footage of the Z Cam E2C in DaVinci Resolve using the official Z CAM LUT’s from their webpage (I used the zlog2_LC709A_64_noGain_normal LUT) I noticed very yellowish skin tones – see the image below.

Some tweaks to the footage are needed to make it look more pleasing – that was not the case with the sister model Z CAM E2 which offers very nice, out of the box colors using the same LUT’s. 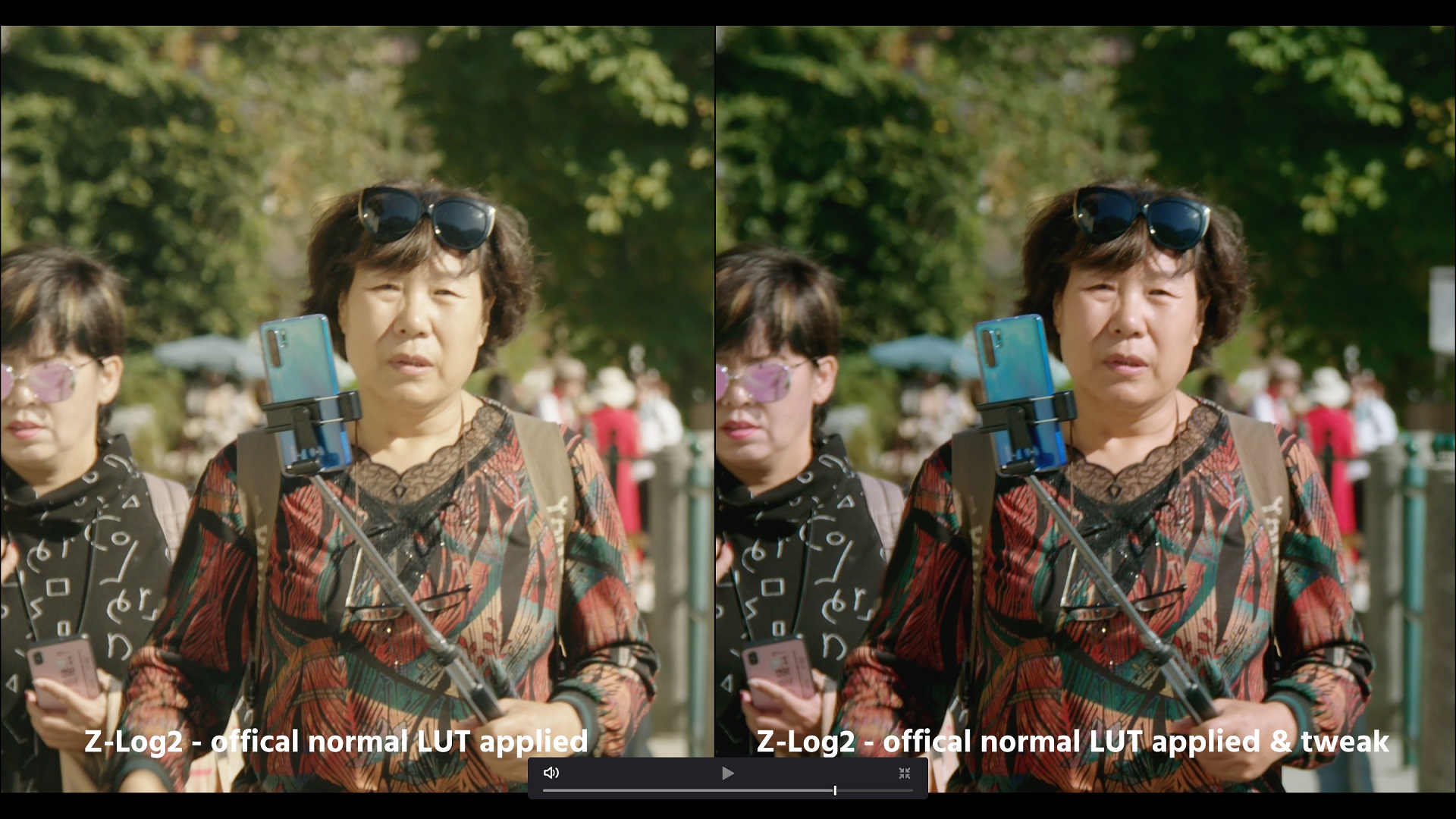 I am left a bit puzzled about possible use cases for this cam – by its very name it implies the use as a cinema camera which I definitely cannot recommend because of the mentioned extreme rolling shutter and the limited dynamic range.

If you want to use this camera for live streaming, in a locked-down scenario which is not demanding in terms of dynamic range, it will work very well.

If you are tempted by the price to use it as a cinema camera be aware that the rolling shutter means that you cannot shoot handheld footage without a stabilized lens. It’s an absolute must in that scenario.

Also, dynamic range is limited to 10 stops and hindered furthermore by the fact, that the noise floor is cut off – hence, you cannot dig into the shadows to get that organic, flatter look – shadows are simply black with no information.

Therefore, think twice how you want to use this camera. Considering it’s low price, small footprint and the varsatility that comes with it, it will still find its market though.

Have you used the new Z Cam E2C cinema camera already? What are your experiences? Let us know in the comments below!