Zacuto just has introduced a new baseplate, called the VCT Pro, which replaces their existing universal baseplate. They’ve managed to reduce the weight even more and have added some interesting features also.

Let’s start with a quote here. With the introduction of their universal VCT basplate a few years ago, Steve Weiss claimed:

This will be the last baseplate you’ll ever need.

Well, here we are at IBC 2016 with a new baseplate, probably the last one you’ll ever need! There are some nice upgrades, though, so let’s have a close look. 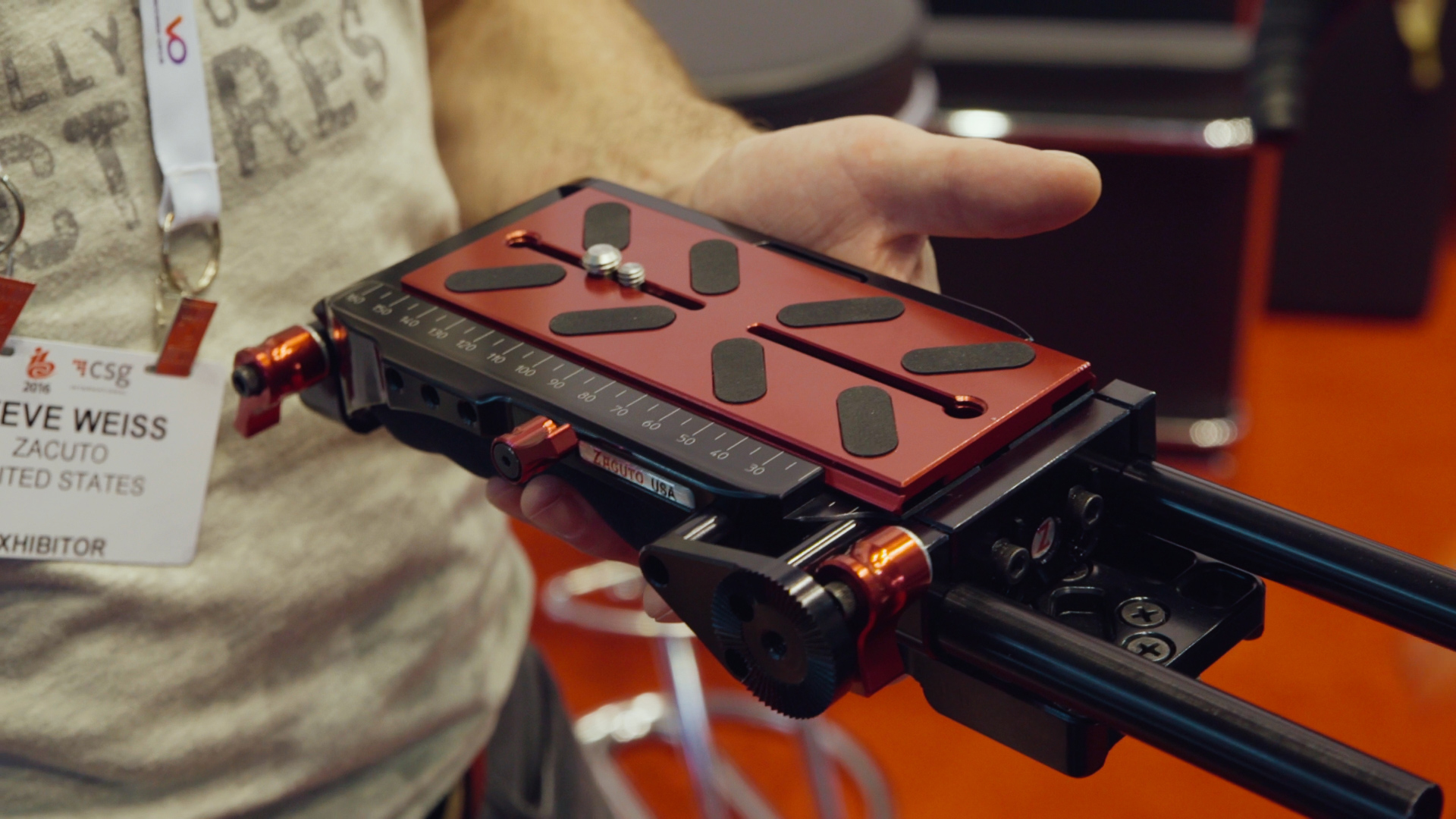 Features of the VCT Pro

Zacuto have managed to reduce the weight of this baseplate by getting rid of every ounce possible. The soft gel pad is still in place, it just has been moved a little bit to one side in order to achieve perfect balance of the whole rig. The real improvement is the now detachable top plate which can be slid back and forth for about 12″. The idea is to get one of these top plates for every camera you’ll be using on a given shoot. With these attached you can be really at lightning speed when it come to switch camera from tripod to shoulder operation.

The one feature that made the original universal VCT baseplate special, namely the expanded space on the rods for mounting things like follow focuses and other things is still in place, as well. And they’ve added the ability of fastening and unfastening both, the rods in the front and the ones in the back with just one thumb screw respectively. No more screw-in rods in the back, which is a nice upgrade, I think. 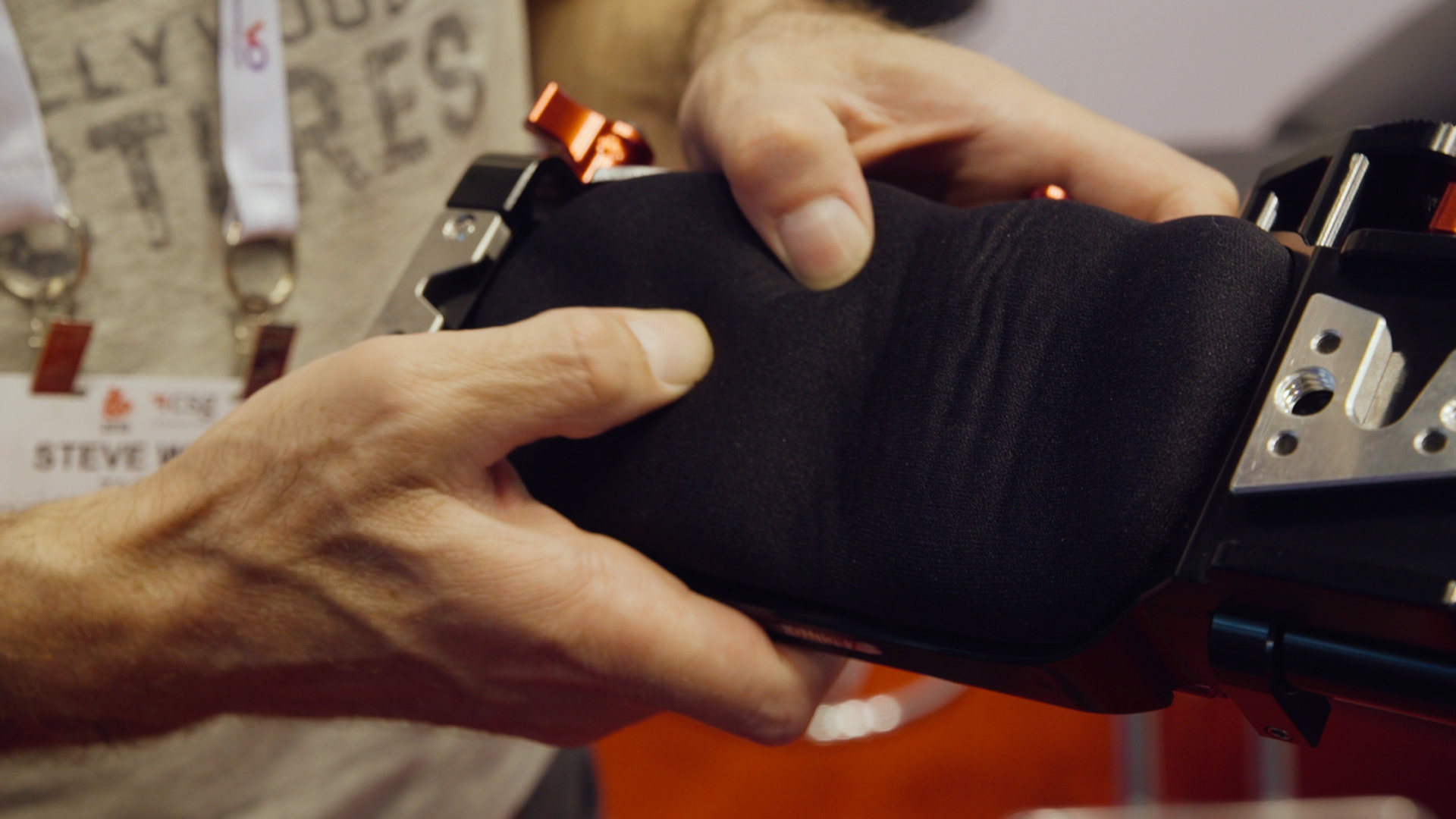 the gel pad of the VCT Pro

So in the end this is really an evolution rather a revolution but it’s nice to see that Zacuto is improving and polishing existing products until they are perfect for what they were made for. What do you think? Is this something worth upgrading to?