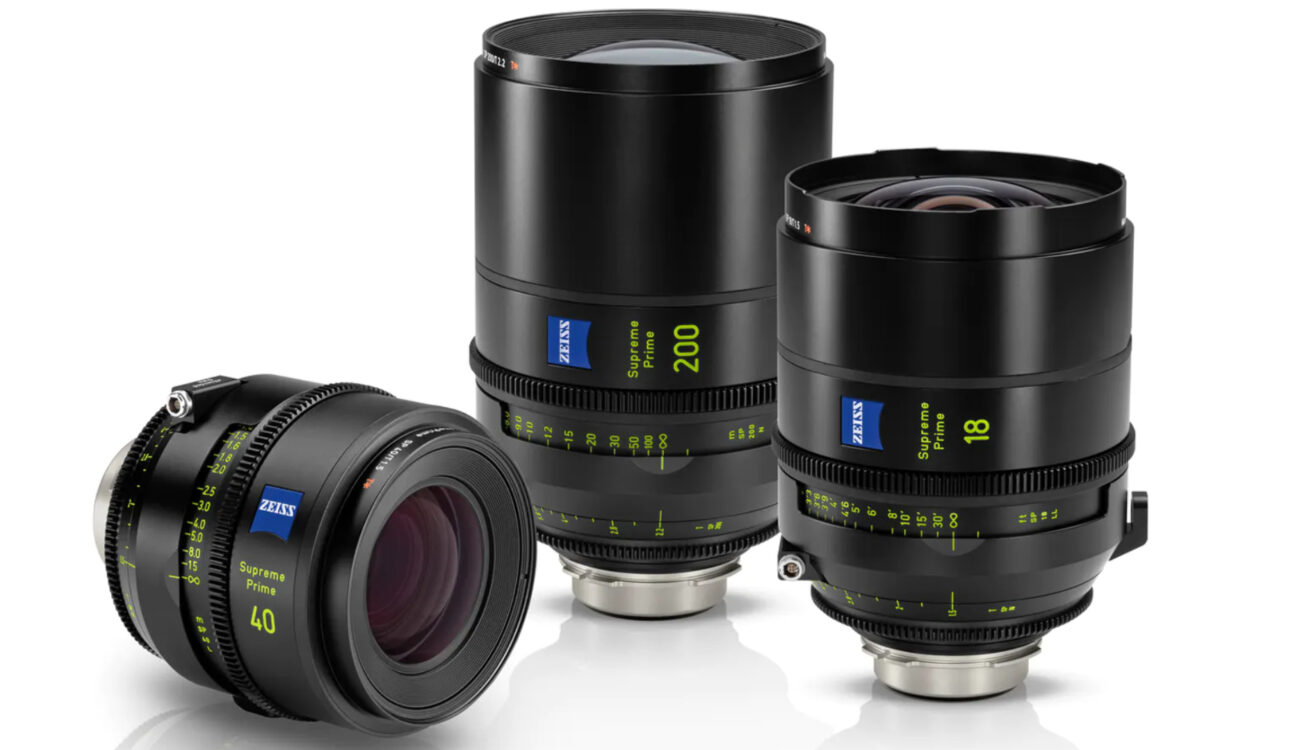 The ZEISS Supreme Prime line-up of full-frame (and high-end) cine lenses keeps on expanding: ZEISS just announced three new lenses, two of them were already on the roadmap but one is completely new: the 40mm T1.5 is meant to fill the gap between the 35mm T1.5 and the 50mm T1.5. 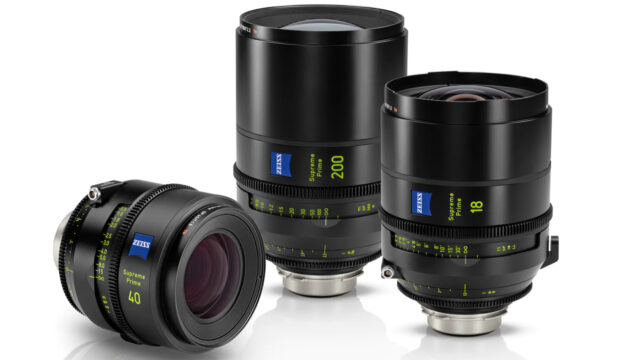 The Supreme Prime line-up was first introduced in 2018, and we had the opportunity to spot them in the wild at CineGear that year (read our article here). These ZEISS lenses are designed to cover full frame sensors of high-end cine cameras, therefore these are money-no-object pieces of gear.

Back in 2018 ZEISS not only launched the first few lenses but released a roadmap of lenses to come, for example, the now announced 18mm T1.5 and the 200mm T2.2. The addition of a 40mm T1.5 is a bit of a surprise since this lens didn’t show up on any roadmap but here it is. Here’s Christophe Casenave, responsible for cinema products at ZEISS, on the matter:

Since launching these lenses, we have been in constant contact with customers worldwide and will continue to work on further enhancing this family. We added the new lens in order to respond flexibly to our customers’ desire to close the gap between the 35 and 50 millimeter focal length.

Although 18mm is a pretty extreme focal length, this is not the end yet. ZEISS will be adding a 15mm T1.8 by mid-2021. That makes 14 lenses in total for the Supreme Prime family of lenses.

That’s not all of them! Image credit: ZEISS

For the latest additions, ZEISS has released two new videos showing off the optical performance of the whole line-up (except for the upcoming 15mm T1.8). The first video sports a fixed camera position, in the second one the camera position compensates for the increasing focal length.

The second video also includes focus pulls in order to better judge focus breathing, focus, and bokeh on these lenses. Both videos were shot on a Sony VENICE 6K.

All the lenses across the family cover full frame and even bigger sensors with an image circle of 46.3 mm. The Supreme Prime lenses are color matched across the full range. Most lenses feature a 95mm front diameter and each lens has a standardized positioning of the focus and iris rings.

If you want to all about the Supreme Prime family of lenses, the following spreadsheet is for you. Each of the 14 lenses is in there with all the available details. 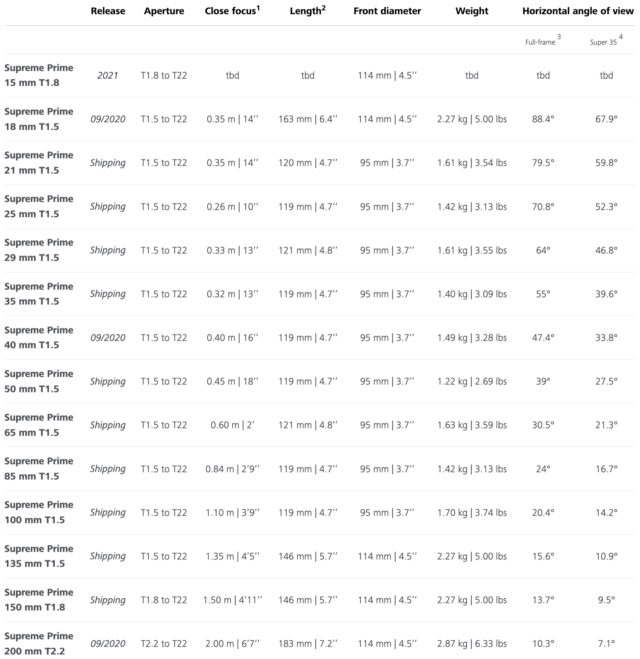 The only info missing is the details about the upcoming 15mm T1.8 lens, so we have to wait just a little bit longer for that I guess but at least it’s nice to have a clear roadmap!

Since these lenses are meant to be used in a high-end cine/commercial environment, they feature the so-called eXtended Data interface.

With it, you can record key lens data based on the Cooke /i* Technology and the ZEISS distortion and shading lens data. After recording on set together with the video files, they can be applied in post-production for compositing for example by using the ZEISS developed lens plugin.

The lenses are pretty much user-customizable in terms of lens mount (PL, ARRI LPL and Canon EF) and you can even swap the scale from meters to feet and vice-versa with just a T4 Torx driver.

What do you think? Have you ever worked with these lenses? Share your experiences in the comments below!