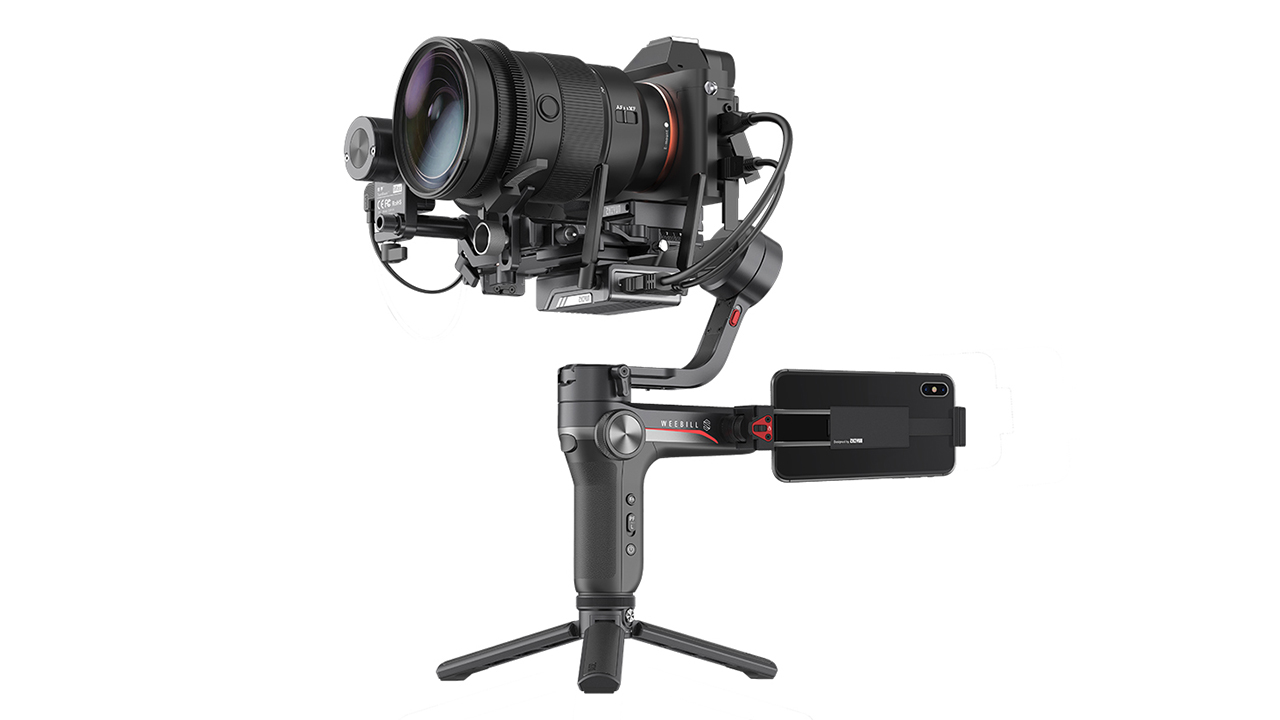 After the massive success of the Kickstarter campaign for their SMOOTH-Q2 smartphone gimbal, Zhiyun is back with a new gimbal for DSLR and Mirrorless cameras: the Zhiyun Weebill-S. This compact and robust handheld gimbal is a follow-up to the previous Weebill LAB that was announced at Photokina 2018. Let’s take a closer look at it!

Zhiyun has just announced their new handheld gimbal for mirrorless and DSLR cameras: the Zhiyun Weebill-S. This fresh stabilizer is a follow-up to the previous Weebill LAB, but it is not a replacement. Overall, the one-of-his-kind design is similar between the two. If it works, don’t fix it. 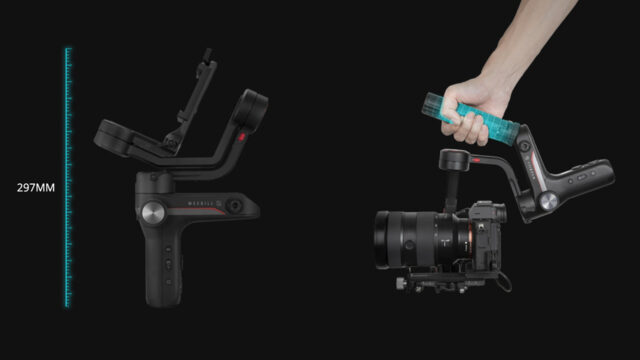 You can mount the included tripod – that double as a handle – in “normal” mode under the gimbal. That way, you can operate the Weebill-S like any other one-hand-gimbal. But, the neat feature is that you can also mount the tripod horizontally as a handgrip. In that position, it makes it easier to operate the gimbal in underslung mode and get low-to-the-ground shots.

The Zhiyun Weebill-S is also pretty compact, with a total height of just 297mm. It is powered by two 18650 interchangeable batteries, for a runtime of up-to 14-hours according to Zhiyun. 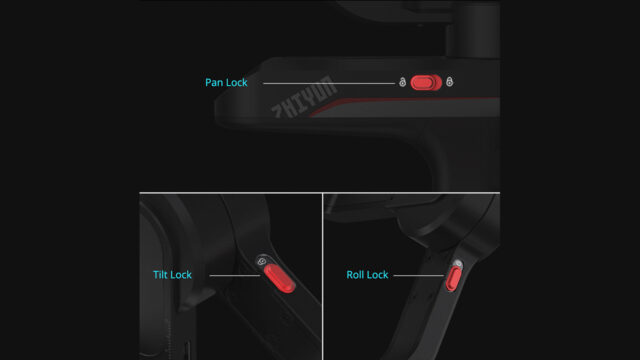 One thing that I like in the design of the Zhiyun Weebill-S is the locking switches on every axis. There is one dedicated switch on the Pan, Tilt and Roll axis.

These locks are helpful for transport purposes, so your gimbal doesn’t go in every direction in your bag without you noticing. Also, for balancing goals, you can adjust each axis at a time by locking the other two. These are the small design features that make your life easier and your job quicker. 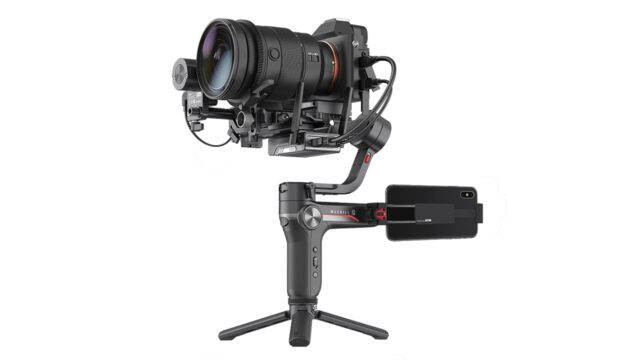 But what’s new with the Zhiyun Weebill-S compared to the previous generations?

The Zhiyun Weebill-S features new motors with a 300% improvement in motor torque and a 50% increase in responsiveness, according to Zhiyun. In short, it means that you can now mount and balance more massive setups like a Sony A7III + FE 24-70mm F/2.8 and Canon 5D4 + EF 24-70mm F/2.8.

The quick-release plate to mount your camera is now Manfrotto and Arca-Swiss compatible. Otherwise, there is no word from Zhiyun regarding the maximum payload the Weebill-S can take at the moment. 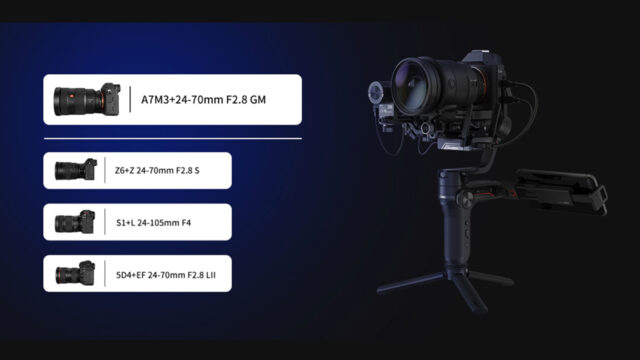 A new intelligent auto-tune feature should provide more stable and flawless stabilization results. Indeed, the Weebill-S can now automatically recognize the setup weight and auto-tune its power to adapt the camera setup best. 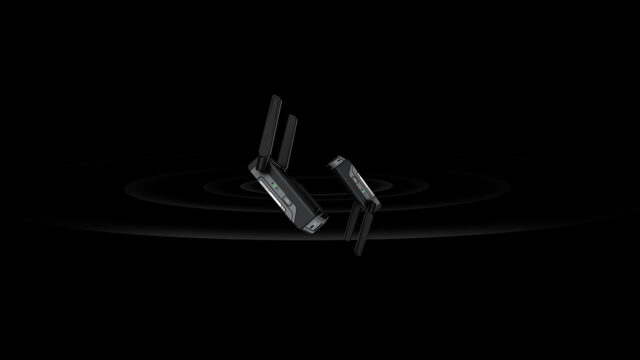 The features of the TransMount module are quite impressive: 1080P transmission at up to 30 frames per second, a 100-meter range, and a range of tools such as LUT/false color/focus peaking/zebra. Also, you can use the TransMount for live streaming purposes, but you can also connect up to three devices at the same time. 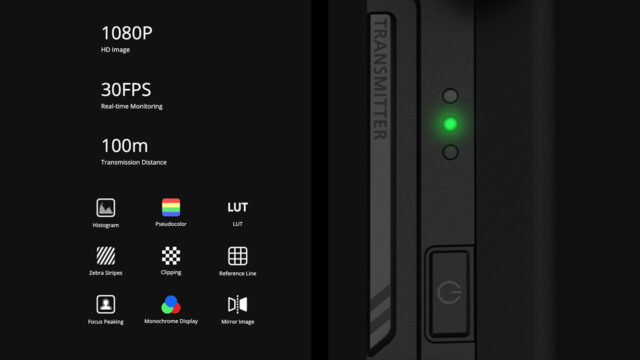 The TransMount Image Transmission Module gives you access to the ViaTouch 2.0 eco-system. In short, ViaTouch turns your smartphone into a monitor and remote controller. If your camera is compatible, you can control/record/adjust the camera parameters through ViaTouch 2.0. For a complete list of the compatible cameras, please look at the Zhiyun’s inventory on their website here. 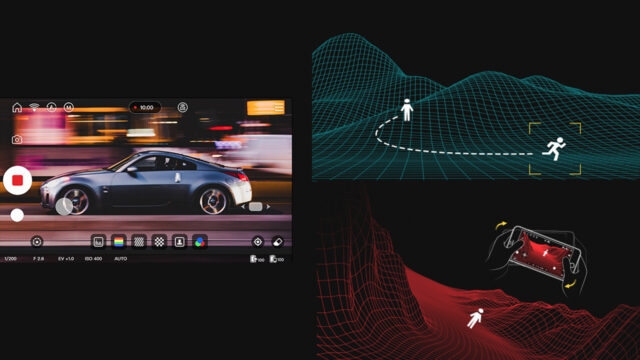 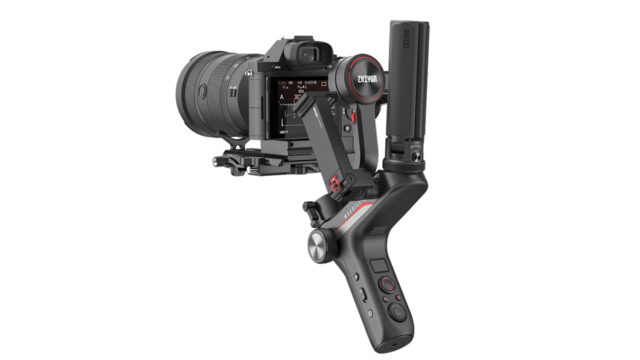 On the gimbal itself, there is a control wheel on the side of the bottom handle. You can use that wheel to control your focus electronically without the need for an additional follow-focus (if your camera is supported). But the control wheel can also pilot the Zhiyun TransMount Servo Zoom/Focus Controller (sold as an accessory). 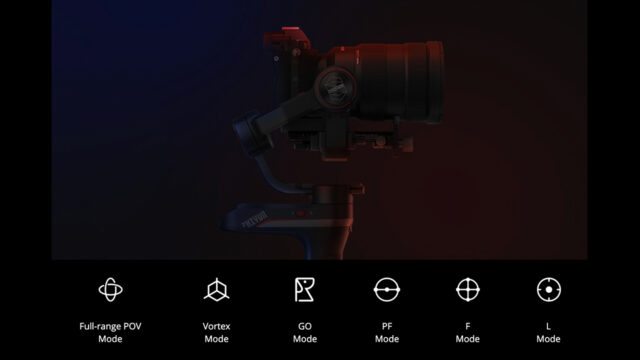 The Zhiyun Weebill-S retails for $439/351€. Shipping should begin at the end of October. The TransMount Max Servo Zoom/Focus Controller retails for $89/85€.

What do you think of the Zhiyun Weebill-S? Do you think it is a direct competitor to the Ronin-S/SC? Let us know in the comments!