The Zhiyun-Tech WEEBILL LAB is the latest small handheld gimbal for mirrorless cameras, capable of up to 3kg payloads and wireless camera control.

Following on from the re-design of the Crane 3, this new model from Zhiyun-Tech is focused around minimum size and maximum payload. The WEEBILL LAB gimbal is smaller than an A4 piece of paper, but capable of stabilising lots of mirrorless cameras and controlling them through the Zhiyun app.

The ideal gimbal for mirrorless cameras?

The roll motor has been relocated so the camera screen is in full view, with the control dial and buttons located on the back of the base. These look very similar to those from the Crane 3 and Crane 3 LAB, which is great for familiarisation and muscle memory from using the larger gimbals. 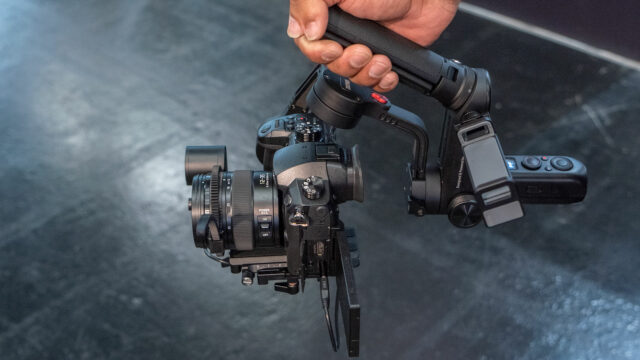 The Zhiuin-Tech WEEBILL LAB also has the latest wireless transmission feature built in (also seen in the Crane 3 LAB), which allows users to track focus and adjust shutter speed, ISO and aperture settings via a smartphone. An external follow focus motor is also included in the package, controlled either by the dial on the left side of the gimbal grip, or via the smartphone app. We can confirm that this feature is compatible with the following cameras:

Due to the redesign of the gimbal, it is now easier and faster to enter ‘underslung’ mode too, which is very popular for achieving low angle shots. Previously, it was difficult to achieve this quickly – especially when using a larger camera. 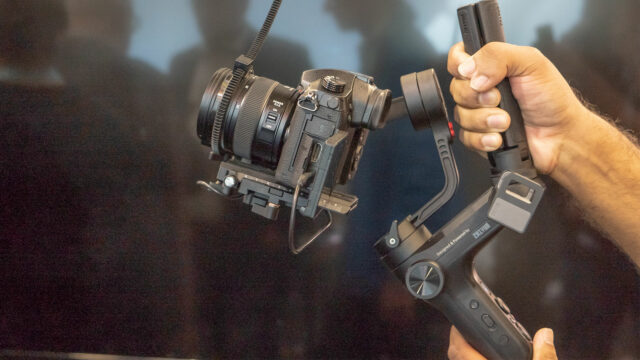 The Zhiyun -Tech WEEBILL LAB will use the same large batteries as the Crane, Crane 3 and Crane 3 LAB, with a running time of 10-12 hours hours when balanced correctly. It will also use the Manfrotto standard camera plate, which is great when quickly changing from shooting on a tripod or monopod to the gimbal.

A small tripod will be included, which is now rubbarized to be used as a hand grip. This can also be relocated to the rear of the gimbal for use in underslung mode.

It’s great to see Zhiyun-Tech develop a product range specifically for smaller cameras, but with a heavier payload. Many shooters using smaller mirrorless cameras have invested in the Crane 2 or DJI Ronin-S because of their payload, and now the Zhiyun-Tech WEEBILL LAB is offering this in a tiny package.

Are you looking for a gimbal for your mirrorless camera, but don’t want one that is too large or heavy? Do you like to be able to track focus and adjust settings while shooting on a gimbal? Let us know in the comments.