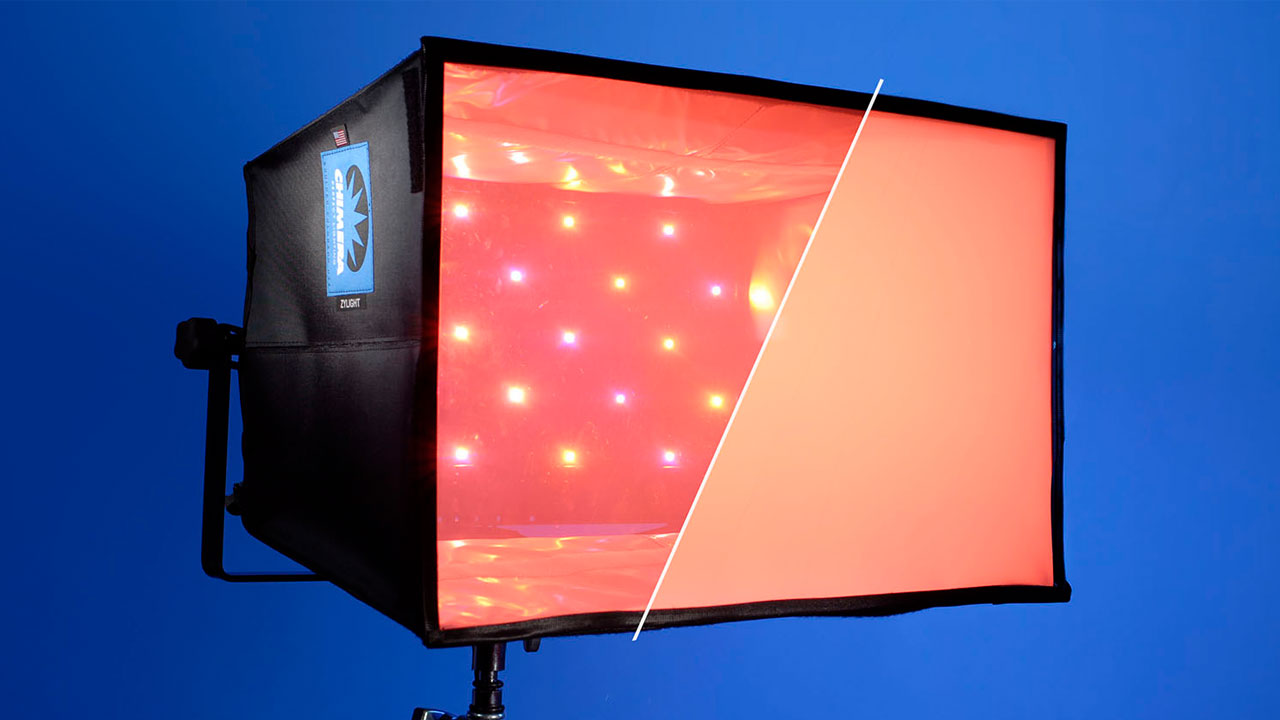 We saw previews of this innovative technology back at NAB 2010 and 2011, but now Zylight has partnered with Chimera to bring Active Diffusion to market. But what exactly is Active Diffusion?

Imagine a variable electronic ND filter, but applied as a diffuser to a lighting fixture. The diffusion material is an LCD screen that is flexible and controlled electronically via a remote control. It can be applied to gel frames or Chimera soft boxes in a variety of dimensions, and can be used on cool lighting fixtures like fluorescents or LEDs.

With variable diffusion from 0-100%, the light source can be adjusted from hard to soft with ease, and without the need for multiple diffuser frames on set. The flexible LCD screen can be folded and rolled, making it easy to transport and store.

Other features of the Active Diffusion screen include DMX compatibility – useful for complex lighting setups or remote adjustment – as well as a long life of over 1 million on/off switches, and a power draw of only 9V.

Back in 2010, Zylight estimated the pricing for the 2×2 feet model to be around $400, up to the 4×4 feet model which is estimated at around $1200, but this isn’t confirmed. Chimera will be demonstrating the Active Diffuser at NAB in a couple of weeks’ time, so stay tuned for more info.

Do you think Active Diffusion sounds like a good concept? Let us know your thoughts in the comments below!