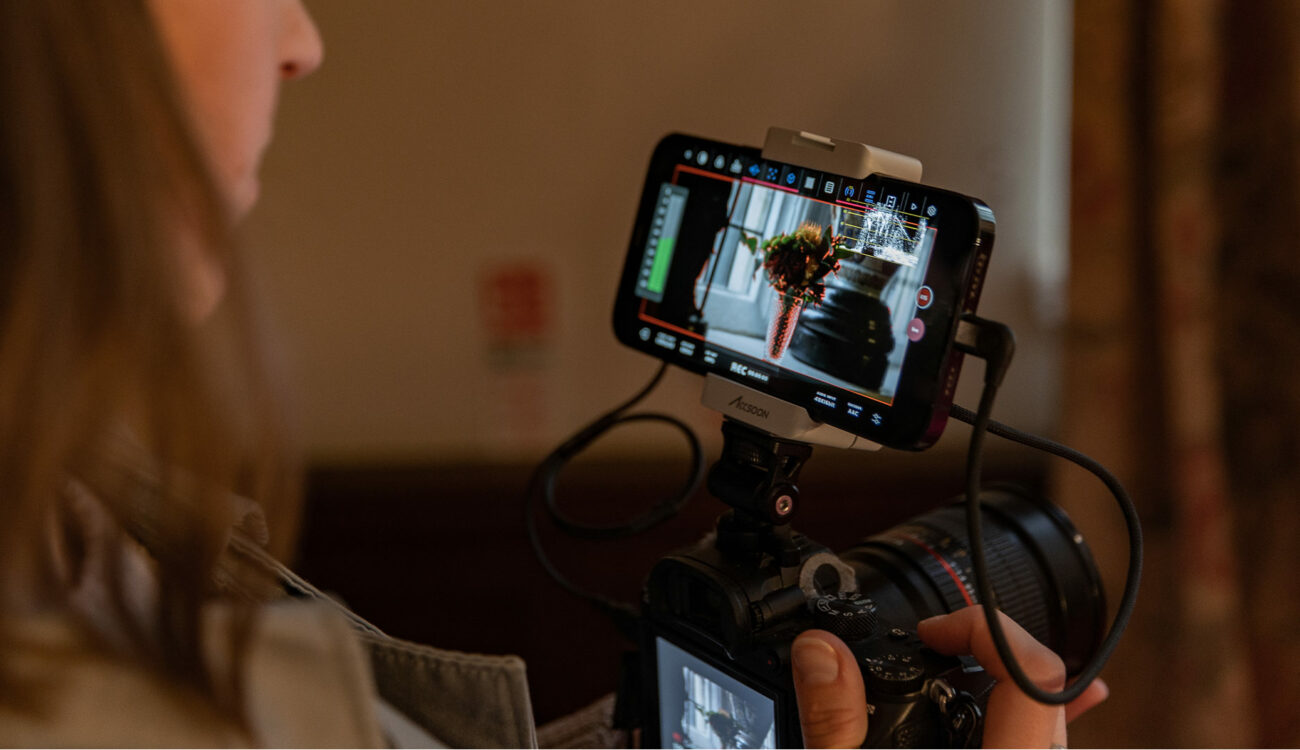 Today, the iOS app for the SeeMo HDMI adapter for iPhone and iPad, the Accsoon SEE was updated. The main controls are now at the top to prevent the possibility of accidentally exiting the app in iOS, the audio monitoring is improved with a new interface and the ability to choose which sound channel you wish to monitor. Also, the Apple device’s internal battery status is now displayed on the screen at all times.

You can say, Accsoon is the Chinese company that democratized wireless video streaming with the very affordable 1080p transmitter CineEye back in 2019. Many products later Accsoon released a new device called SeeMo in October 2022- an HDMI adapter that can connect to an iPhone or iPad to use it as a monitor. My colleague Nino recently reviewed the Accsoon SeeMo – don’t forget to check it out, in case you missed it.

By the way, Accsoon also previously brought this technology to Android phones with the Accsoon M1 which was teased back in September 2021 and has been available for quite some time now, but it somehow never got as much attention as the new iOS version.

Today, the iOS app for SeeMo, the Accsoon SEE, received a significant update that brings many improvements and new features. Let’s take a look at the details.

On top of offering a variety of monitoring tools, the Accsoon SEE app can also stream HD video signals directly from the camera to popular streaming platforms such as YouTube via a cellular network or WiFi connection. Last but not least, the app can also record an H.264 HD video that can be used for quick sharing or as a backup to the main footage in the camera.

Based on user feedback, Accsoon included the following updates in the new version of the app:

The app is now available for download from the App Store. The good news is that Accsoon says the company is committed to the continual development of the SeeMo, so there might be further firmware or app updates planned in the future.

Do you use the Accsoon SeeMo with your iOS device? What do you think about the image quality and reliability? Do you welcome the new updates in the Accsoon SEE app? Let us know in the comments section underneath the article.