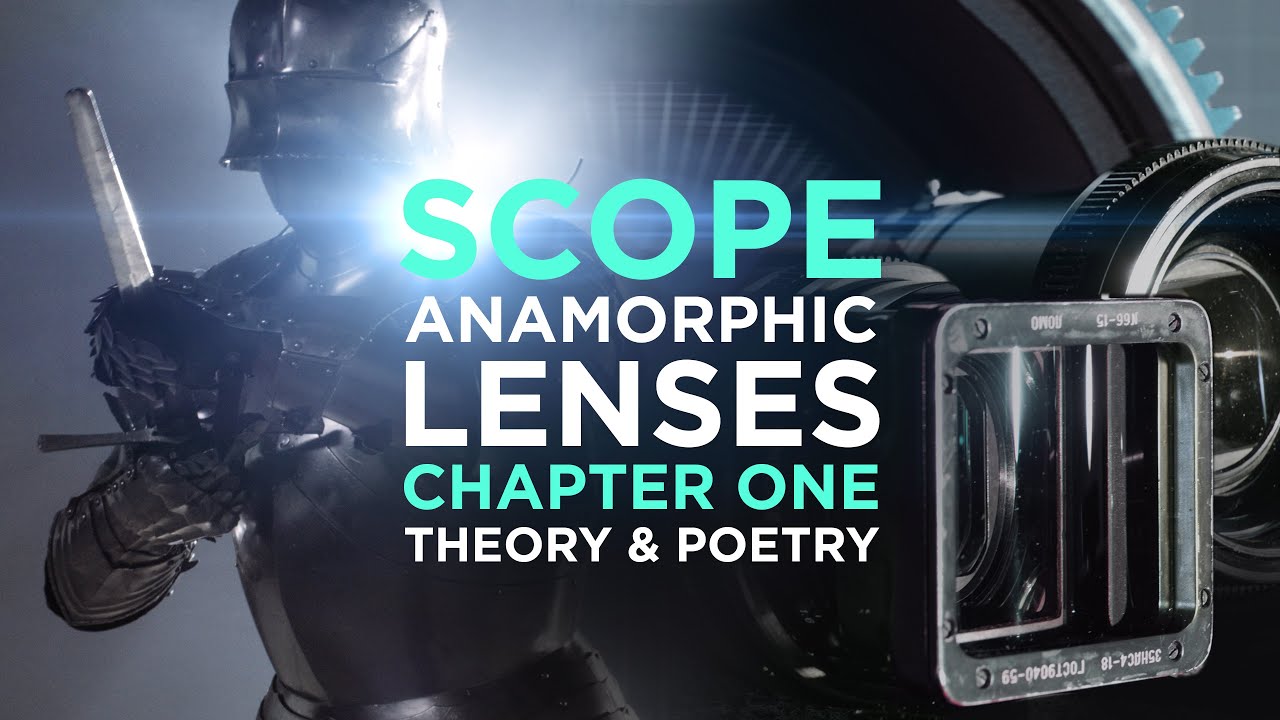 On February 16, 2021, when I saw that a new Epic Episode had just dropped on Media Division YouTube channel, I got excited. It had been six long months since the last video – Canon FD and K35 Legendary Cine Lenses on a Budget so the wait was not exactly a short one. Publishing one video every six months is not very common on YouTube, but if you watch one of Media Division’s videos, you will understand why – they are long, filled with a ton of information, and very well produced.

Nikolas Moldenhauer, the host of Media Division, likes to spice up his content by spoofing a famous movie. In previous videos, we have already seen him inserting himself into famous scenes from The Shining (1980) and Aliens (1986). This time Nikolas chose the legendary movie Blade Runner (1982) directed by Ridley Scott, as it was shot with anamorphic lenses and that goes well with the topic of this epic episode – the Anamorphic Lenses in Cinema.

With a length of 76 minutes, this is only the first video out of two on the topic of anamorphic lenses. Nikolas is going to release SCOPE Chapter Two in the next weeks, which will feature more practical tips for people who want to shoot anamorphic. He will build and test various setups using adapters and projector lenses and compare their image quality with full-blown anamorphic cinema lenses.

Despite its length, the SCOPE Chapter One is well organized and there are timestamps in the description, so it is possible to skip something or go precisely to the chapter you are most interested in.

I really like how Nikolas uses a lot of examples with scenes from many iconic movies. He structured the first chapter into two main parts.

Part 1 – What is anamorphic all about?

In the first part called “What is anamorphic all about?”, Nikolas is first going through the history of anamorphic shooting. He mentions all the different widescreen formats (Fox Grandeur, Cinerama, CinemaScope, VistaVision, Todd-AO, CinemaScope 55, Ultra & Super Panavision 70, Technirama, Techniscope, Super 35) and illustrates it very nicely with an animation of a filmstrip. He further talks about the interchangeability of these formats and about the end of the golden era and the rebirth of anamorphic.

The next segment of the first part looks at anamorphic characteristics – what makes an anamorphic image different. It consists of the following topics:

The last segment of the first part dives into the lens design. Nikolas explains topics like double focus, mechanical synchro, Panavision Gottschalk, Todd-AO, vari diopters, and the placement of elements. I am truly amazed by the level of technical knowledge and the amount of research on the topic.

In the second part, the main topic is the poetry of anamorphic shooting. Nikolas goes through the different styles of anamorphic shooting. He contemplates the question of whether or not to mix the anamorphic and spherical footage. One segment is about composing for the widescreen. Finally, Nikolas also talks about whether anamorphic really is more cinematic and about the (im)practicality of actually shooting anamorphic.

Behind the Scenes Insights from Nikolas Moldenhauer

When I contacted Nikolas and asked him about this video, he told me that it took 6 months to plan, research, shoot, and produce – a total of around 400 hours of work. That is an incredible amount of work for a YouTube video.

He further said that unlike his previous episodes, writing, and researching took up most of the time. He had to study the subject of anamorphic shooting first and the lack of good sources did not exactly make his job any easier.

Interestingly enough, Nikolas contacted some lens manufacturers such as ZEISS, Vantage (Hawk), Cooke, Glaswerk, Vazen, and Panavision to cooperate on this episode. As he told me, only ZEISS answered but did not participate in the end. Vazen wanted to participate but couldn’t deliver the lenses in time for the test.

A large part of the shooting took place in the studio of the film production company The Marmalade where they also used two motion control robots. Nikolas further told me, that the knight’s armor and swordsmen are real (not just props). The visor of the helmet would have stayed open during an engagement with a sword. The Blade Runner Spoof was filmed alone and with only one light. A second light was only used to make the retinas glow for one moment.

The First full episode can be watch by clicking here.

What do you think about this episode from Media Division? Do you follow Nikolas’ YouTube Channel? Do you shoot anamorphic? Let us know in the comments underneath the article.