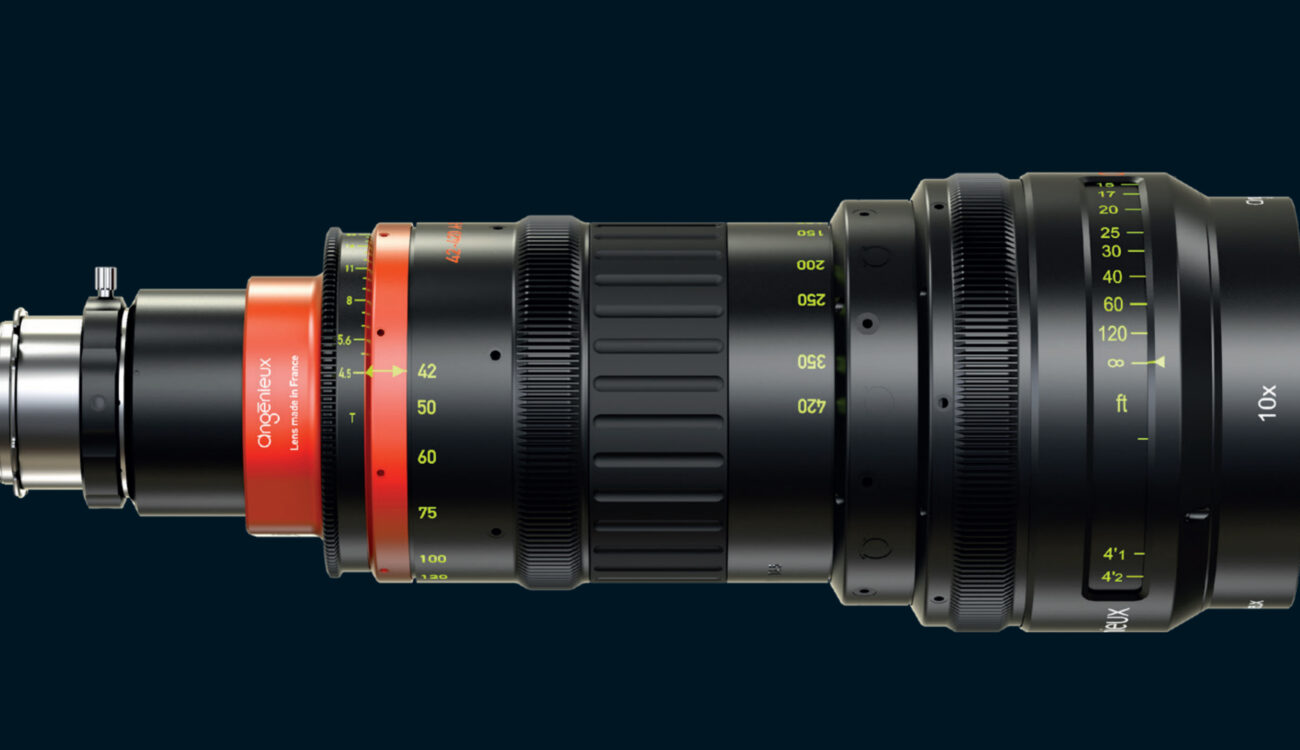 Angenieux expands its anamorphic lineup by presenting the new Optimo anamorphic 42-420 mm A2S, which has a different focal length and less distortion than the 2 year old Optimo  44-440 mm. Check it out. 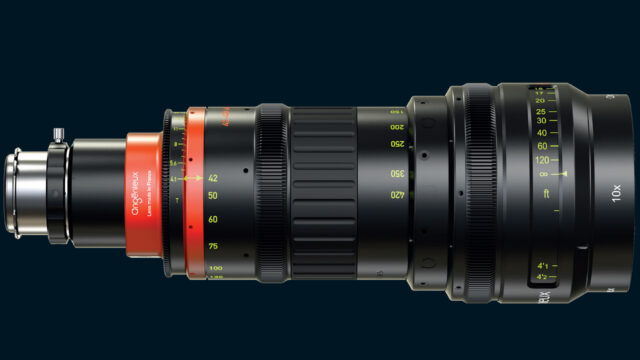 The lens is available in PL mount, features a 2x horizontal squeeze and is made for tough production conditions (temperature range from -20°C to +45°C).

As stated by Angenieux:

The resemblance between the older and new lens continues as they both implementing the same IRO technology.

The Optimo 42-420mm A2S also features IRO (Interchangeable Rear Optics) technology, which is a modular lens design that enables different lens configurations. It was first introduced on the Optimo 44-440 A2S.

Tthanks to the IRO technology, the Optimo 42-420 A2S, with a spherical kit option, can be converted to a spherical 25-250 T3.5 zoom by swapping the rear group and appropriate rings.

By having an Interchangeable Rear Optics system (IRO) on its newest lenses, Angénieux offers the privilege to adapt the lenses to a majority of image formats.

Watch the video below to learn more about the IRO technology that is also relevant in the new Optimo Anamorphic 42-420 mm zoom lens.

The price is yet to be announced, but it’s not going to be a rather cheap lens, since its older brother (the Angenieux Optimo Anamorphic 44-440mm) costs $75,000.