Apple has made a massive move today, announcing that by year’s end it will be offering computers running on “Apple Silicon.” These new chips replace the Intel processors that have powered MacOS for the last 15 years. Let’s explain what that means, and see how it affects filmmakers.

What Is Apple Silicon?

Strange as it may sound, Apple has long been a leading processor manufacturer. Their powerful, custom chips have set them apart from other manufacturers in the mobile and tablet arenas. iPhones have consistently out-performed top offerings from Samsung and Google. And, amazingly, they sometimes outperform themselves. The latest generation of iPad Pros get better GeekBench scores than a brand-new 13” Macbook Pro. Apple has been pushing the performance envelope on these custom ARM chips, and it has paid dividends for them.

Today’s announcement, then, can be seen as almost inevitable. Apple has decided to begin placing these powerful custom processors in their Mac lineup as well, starting this fall. They have rolled out a suite of software products and updates to support this transition.Within a few years, I expect that all Apple computers will be running on Apple Silicon.

Why does Apple Silicon Matter? And What Is ARM?

These processors are not just Intel look-alikes. Apple Silicon processors are ARM chips, which are distinctly different from the x86 processors made by Intel and AMD. The details are less important than the impact: programs written for x86 processors will not run on ARM processors. You cannot run Photoshop natively on your iPad, and for many years could not run iPad apps on your Mac.

In 2019, Apple announced Project Catalyst, a project that allowed iOS and iPadOS apps to run on MacOS. In other words, it translated apps from ARM systems to x86 systems. At the time, it was received as a welcome boost to the Mac App store, but it turns out to be the foundation for what was to come. Apple proved it could successfully and smoothly translate ARM to x86. Now they are preparing to translate the other direction.

Will My Apps Still Work?

When Apple first made the move to Intel chips, they added a piece of software called “Rosetta.” This program smoothed the transition by emulating the old systems on the new x86 hardware. Fittingly, Apple has announced Rosetta 2, this time translating x86 into ARM. According to 9to5 Mac, this change will cause fewer problems than it might seem. To quote their developers, “Very few apps work at such a low level that they care about the difference in CPU architecture.” With some small tweaks, your favorite apps should be fine. 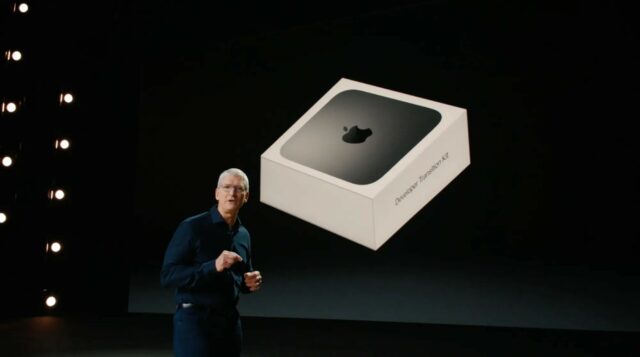 Some Apps are Already Native

That said, all Apple Pro apps will run natively on the new systems, making this whole conversation irrelevant. Final Cut Pro editors should have no issues making the upgrade.

Adobe has been working closely with Apple to get up and running on these new chips. Apple demonstrated Adobe Photoshop running natively on stage, which bodes well for Premiere and After Effects. No word yet from Avid or Blackmagic Design ( DaVinci Resolve). 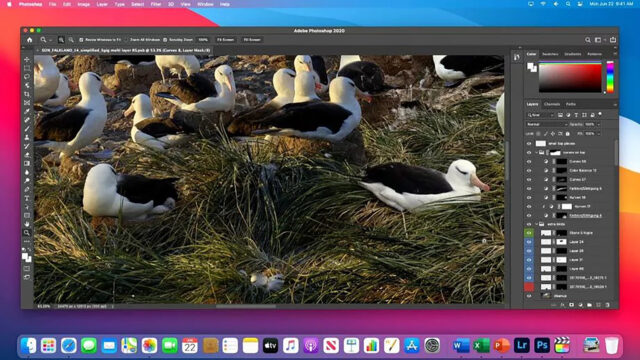 The Upshot for Filmmakers

This major move from Apple means a lot for the filmmaking community. To start, Macbook Pros have had issues with cooling their overpowered Intel chips for years. ARM chips are designed to draw less power and therefore create less heat. This will likely extend battery life and help keep their laptops away from thermal throttling without sacrificing performance.

Second, the iPad Pro demonstrates that performance is not about to be sacrificed. If a small and nimble iPad can perform so well on an ARM chip, imagine what a MacBook or Mac Pro will be able to do with more room for additional hardware and heat dissipation. Tim Cook demonstrated 4K editing in FCPX, and bragged that it could play back 3 streams of 4K footage simultaneously. Make no mistake, this is a boost to raw computational performance.

Third, the inter-operability of the entire Apple ecosystem going forward should not be ignored. iOS control apps, such as those for lights, motion control rigs, and more, will be available on Mac. And even more than that, desktop editing apps like Final Cut Pro may finally be available on iPad. That’s a major win for filmmakers and editors on the go, especially for documentaries and small crews trying to pack light. 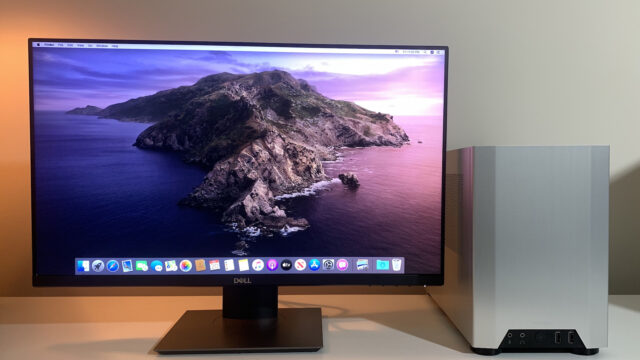 Fourthly, unfortunately, this will likely lead to the end of Hackintosh computers, at least as we know them. A Hackintosh is an unapproved, non-Apple computer that still runs MacOS. This has proved to be a popular middle ground between Apple die-hards and custom-PC builders. Unfortunately, that only works if everyone has access to the same basic components that Apple already uses. Namely, Intel processors and AMD graphics cards. If MacOS in the future is built around Apple-exclusive processors, it will be very difficult to build your own. This will further lock people in to the Apple ecosystem.

When Will This Arrive?

If you are a developer, the answer is now. Apple is offering developer beta kits immediately. For the rest of us, the first computers with Apple Silicon processors will be available by the end of the year. From there, you can expect it to take over the entire lineup of Mac computers as they are refreshed one by one on their regular release schedule.

So what do you think? Will you make the switch? Or do you plan to hang back and see how it goes? Let us know in the comments!