Aputure seems to have had quite a busy time recently, as they didn’t just release the DEC VariND lens adapter, but also some very bright and indestructible lights. Meet the Amaran Tri-8 lineup of compact LED lights.

There are times when you just need that extra punch of light, no matter what. If you happen to be in some rough terrain or on a fast paced run-and-gun type of shoot, this new Aputure Tri-8 LED might just be the right tool for you. It’s super bright, yet quite compact at the same time, around the size of an iPad. It outputs the equivalent of a conventional 500 – 550 W tungsten light and has a massive 888 LED array. That’s why it is called Tri-8, obviously. 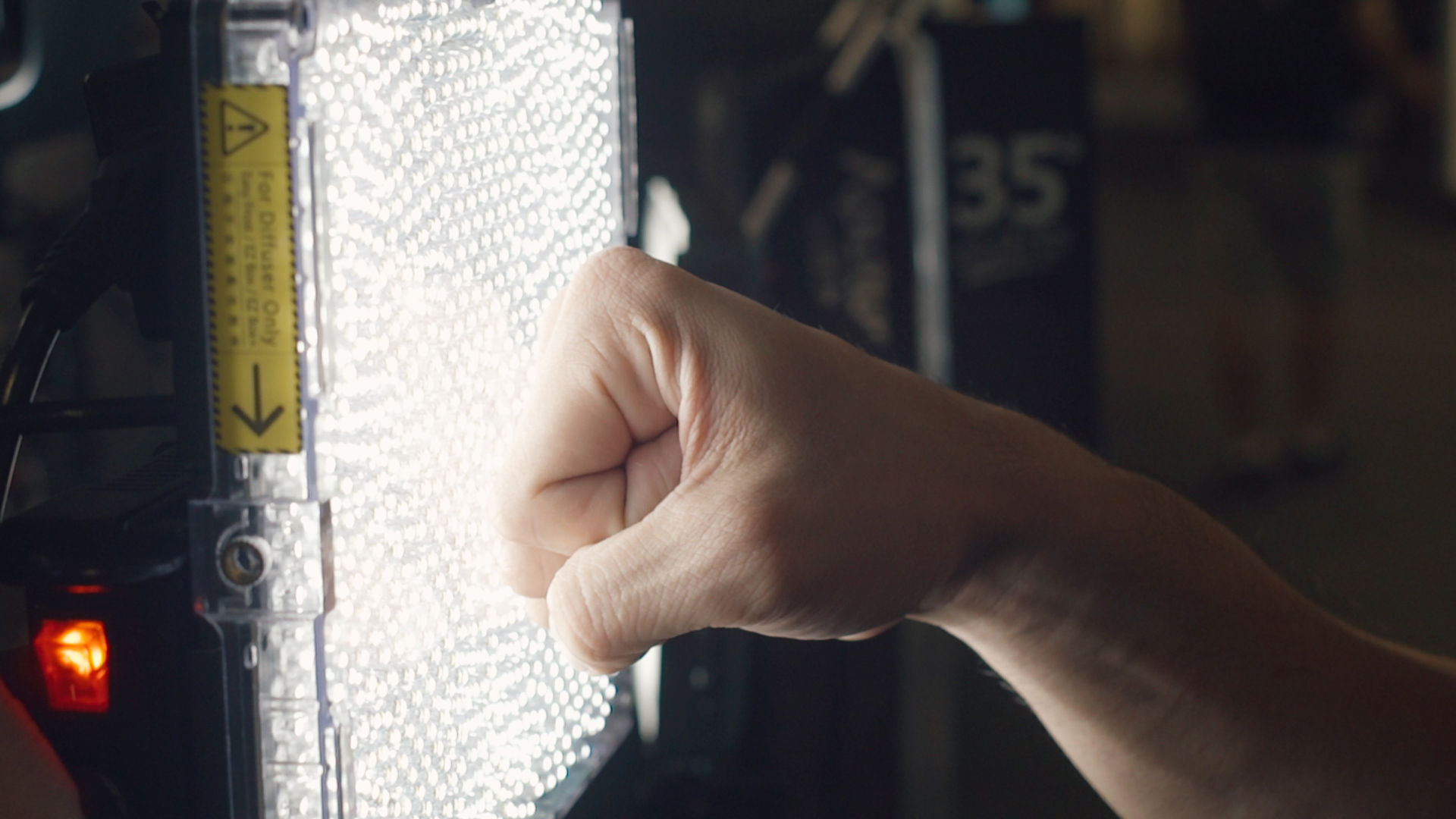 The Amaran Tri-8 LED can take a beating!

Another feature is its upgraded build quality, as its actually now built like a tank. Unlike the old 672 version made out of plastic, this new Tri-8 is made out of aluminum and features a pure PVC front. As Ted Sim from Aputure puts it: “Beat it up, kick it, play hockey, you can do whatever you want with it!” That’s a rare statement, but one I could get used to hearing from other manufacturers. Very nice!

There are three versions of the Amaran LED available:

All of these LED fixtures, like older models, are controllable via a dedicated remote to switch the light on and off as well as dim the output from a minimum of 10% all the way up to 100%. As earlier versions of the Aputure’s LED range, the Amaran Tri-8 is mains powered, but also accepts NP-F style batteries.

As an optional accessory, you can buy a diffusor called the EZ Box, which will double the size of the light. As it is foldable, it won’t take much space when packed away. Also, there is a 35° degree grid available.

It will be priced at around $350 to $400 and will be available in about two months from now.