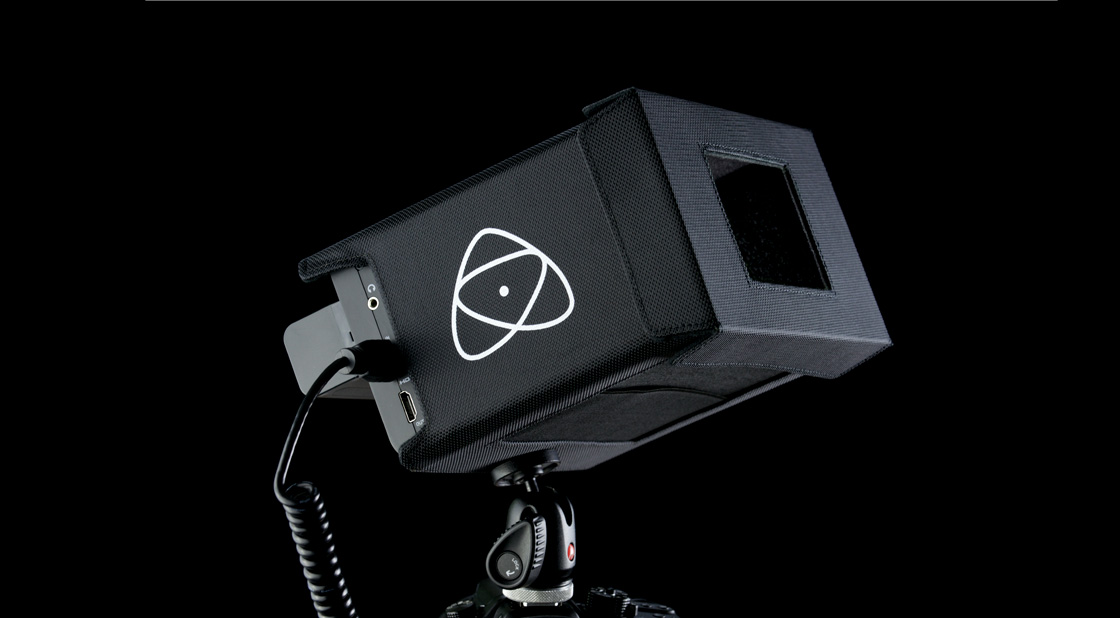 Atomos has released its Shogun Sun Hood, the design takes a revised approach to those found on Samurai and Ninja devices by offering larger panels that cover all four sides.

It’s been on users wish lists for a while, the Shogun ships with pretty much every other accessory available; the hood perhaps one the most critical.

Atomos has listened to users, who stated that the original 3-sided design for the Samurai and Ninja recorders didn’t offer enough protection from bright light. I was one of those users, and quickly switched to a Hoodman HRT5 hood for my Atomos Ninja Blade. The Shogun hood is much bigger, and covers all 4 sides of the recorder fully; there is an elastic trap door at the bottom to squeeze your fingers through to operate the touchscreen.

Further more is a letterbox style lid to offer complete enclosure when you press your face to the screen. I tried one of these out at BVE, it’s very sturdy and will have no problem blocking out rays.

My only reservation is the choice to maintain the mounting point as the top and bottom 1/4 20″ threads.

These are of course the most logical, but one of the threads is guaranteed to be shared with your ballhead or EVF mount, meaning quickly changing between hood and no hood configurations is not possible as you have to remove and re-attached your ballhead/EVF mount every time.

The Sun Hood will ship separately to the Shogun, and is available in both black and…. yellow!