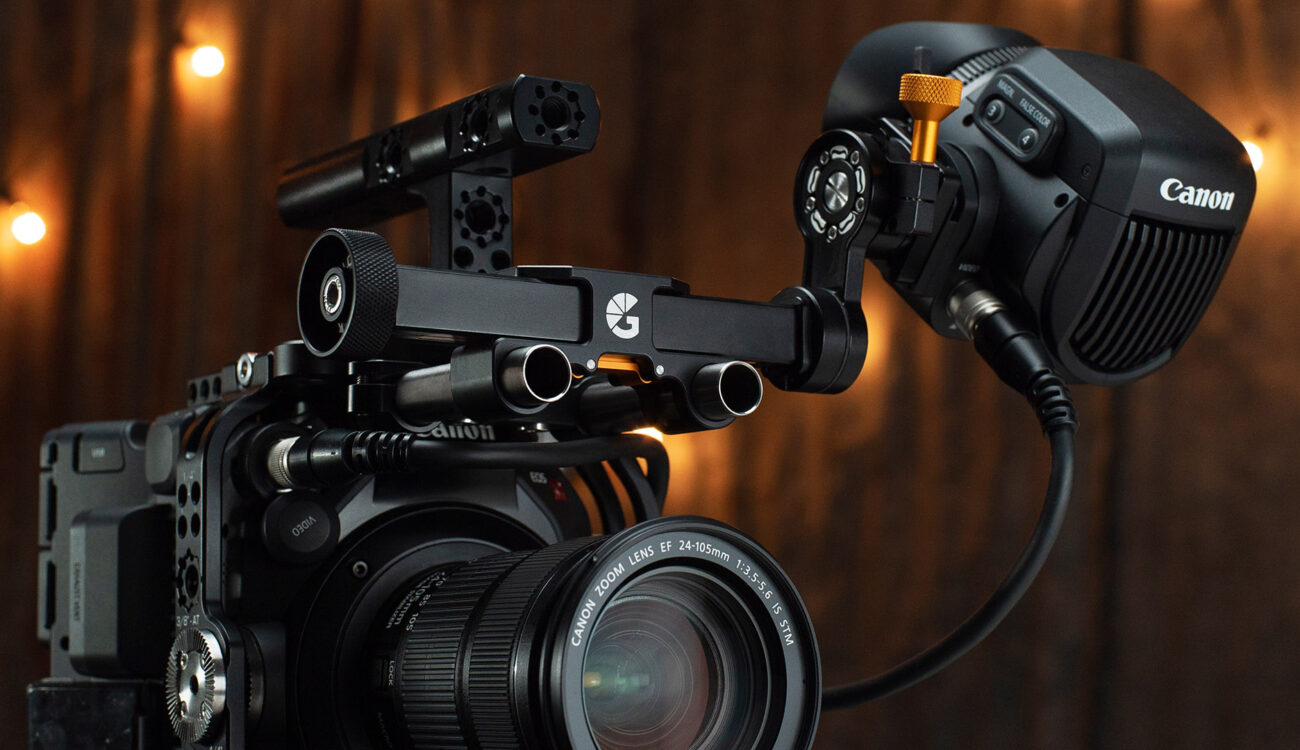 The Bright Tangerine AXL is a universal EVF mount designed for sleek, fuss-free mounting and adjustment of your viewfinder.

At its core, the Bright Tangerine AXL is a 15mm rod-mounted sliding EVF mount, but there are a lot of nice features that make this accessory an interesting and considered product.

Billed a “Universal EVF mount”, although perhaps more fitting is “widely compatible” – the AXL has a native mount compatible with ARRI viewfinders, Bright Tangerine then offer up an array of adaptors for other camera formats.

Other camera formats consist of Canon, Sony and Zacuto EVFs as well as promised continued support for future systems.

The Bright Tangerine AXL is based on keeping adjustments simple; a single large knob (large enough for gloved operation) on the dumbside locks the sliding and rotating motion of the EVF mount.

A second orange knob is located at the neck offer swivel adjustment for your EVF. This has a lovely feature in that whilst adjusting, the knob never rotates past grabbing distance (it doesn’t rotate past 180 degrees), but still allows the EVF to continue swiveling; very nice.

The rotating action of the AXL is dampened, this improves action as well as alleviating weight off of your EVF to allow single hand adjustment.

It also mitigates mount failure, limiting the risk of damaging your EVF by it swinging down and fouling the camera body.

Slide adjustments have etched markings on the operator side to enable precise and repeatable configuration.

Pricing for various EVF options below, as mentioned the core kit will fit ARRI natively, further adaptor plates can be purchase separately or in a specific package.

Do you see this new Bright Tangerine EVF mount fit into your production setup? Let us know in the comments below.