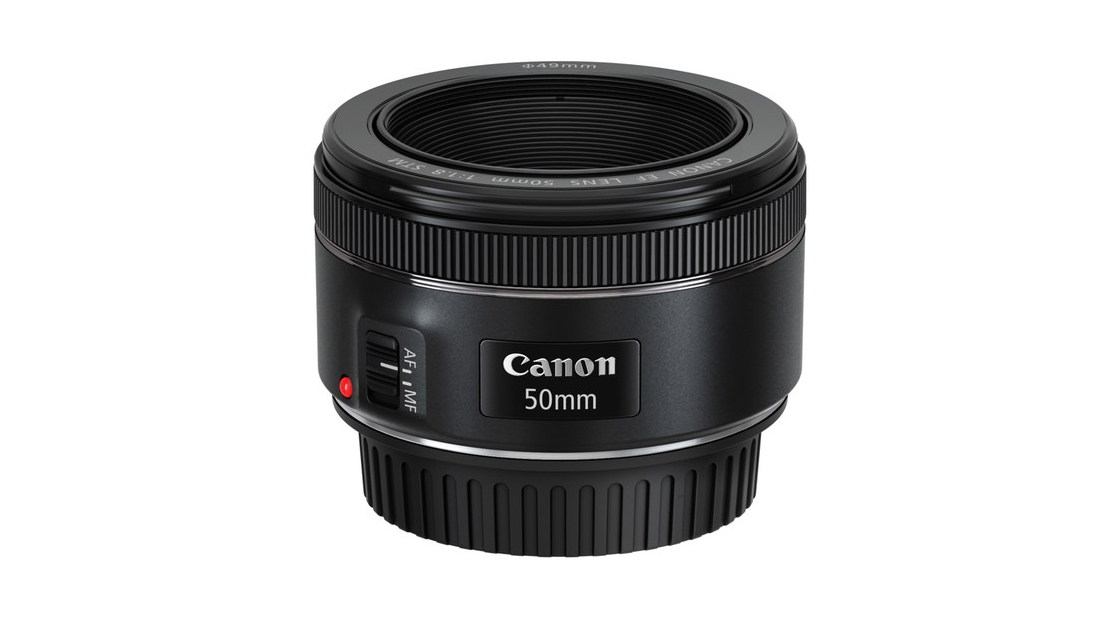 The Canon 50mm f/1.8 II was previously Canons cheapest lens available. It has shockingly good value for money, despite the build quality being a little rough around the edges. Image quality at certain apertures would challenge its bigger, 10x more expensive brothers.

This system is both great and annoying for video users. It’s annoying in the fact that turning the focus ring activates a motor and doesn’t physically connect with adjustment like a USM (ultrasonic) lens, therefore losing some control with manual focussing.

But it’s great in the fact that it’s more compatible with Canons Dual Pixel Autofocus.

Autofocus is often a scoffed at term in the professional filmmaking industry. But as fast as we saw shallow depth of field come about, we’ve been introduced into many new and amazing ways to move your camera through scenes with use of stabilizers and drones, all of which reduce the physical contact you have with your camera.

For the one-man band, or smaller crew setups this is where autofocus really excels. There are now legitimate reasons to use auto focus in many small to mid sized professional outfits.

I use autofocus on my C100/Movi M5 setup a lot, the Dual Pixel AF upgrade works fantastic in many situations. Whilst Dual Pixel Autofocus works well with USM lenses, newer systems like the one found in the C100 mark II benefit from a STM lens as they can activate additional features such as face tracking (USM lenses can only operate autofocus using a small window in the centre of the screen). Check out one of our older articles here to see this feature in action.

Back to the lens, Canon has addressed one of the caveats of the previous ‘nifty fifty’ 50mm by improving the aperture diaphragm. The previous Canon 50mm f2.8 II had a 5-bladed aperture diaphragm where as the new 50mm f/1.8 STM sports seven rounded blades. Keen filmmakers could instantly tell the use of the cheaper lens by out of focus detail.

Here is an unrelated example of 5 blade versus an 8 blade diaphragm. Having rounded blades means even smoother out of focus areas further disguising individual blades.

Further specifications of the lens are very similar to its predecessor. Built up of 6 elements in 5 groups, same max aperture and viewing angle, slightly decreased mini focus distance of 14″ (35.56 cm) therefore increased max magnification ratio at 0.21x. The filter thread diameter is slightly decreased at 49mm. I can only assume by judging the pictures and first hand experience with other new entry level Canon primes  that the build quality has slightly improved, so you can forgive the extra ounce in weight the 50mm f/1.8 STM has gained.

The Focus ring still remains quite far forward, but slightly less recessed than the previous 50mm f1.8 II therefore hopefully much easier to mount filters without too much bother (a fault of the previous model).

I’m sure this lens just like the last nifty fifty will sell very well. Despite it being on the longer end for gimbal and drone use, I can see it being a popular purchase for use with autofocus for video. I just hope canon start to release a professional line of STM equipped lenses for the same purpose.