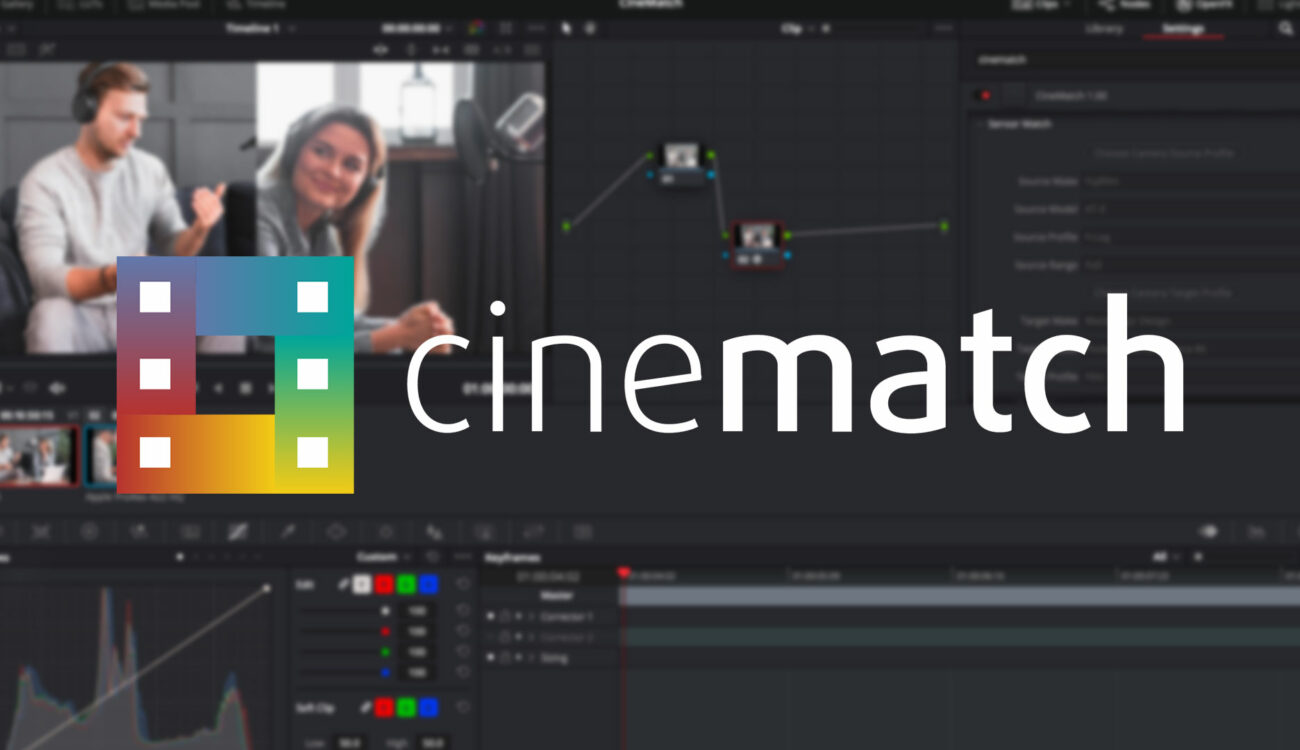 CineMatch, a FilmConvert company, has just released v1.04 of its plugin that is now compatible with Adobe Premiere Pro and DaVinci Resolve. This plugin’s main purpose is to help you match different cameras with just one click. The latest update includes support for the Canon EOS R5 and R6.

If you never heard of CineMatch, this is a Mac and Windows compatible plugin for Adobe Premiere Pro –and now DaVinci Resolve– that allows you to color match footage shot with different cameras quickly and easily. We first heard about CineMatch during NAB 2019, and we had the chance to interview both CEOs last year to learn more about it.

CineMatch, like every FilmConvert product, is based on tailormade camera packs that allow you to recreate film stocks and match different cameras precisely. The team at FilmConvert is working hard for years to release new camera packs for specific cameras, like the ones for the Canon EOS C70, the Panasonic LUMIX S5, the Sony a7S III, or more recently, the Canon EOS R5, to name just a few.

CineMatch was initially launched as a plugin for Adobe Premiere Pro. The latest CineMatch v1.04 release now include support for DaVinci Resolve, which is a much welcomed addition. Indeed, I have no doubts it’ll speed up the process of many filmmakers.

As a personal example, I recently shot a commercial with the Canon EOS C70 as my A camera and the Canon EOS R as a B camera. Even if both cameras were shooting in Canon Log –Canon Log 3 for the C70 and Canon Log for the EOS R– most of the scenes had a very high dynamic range. In short, I had a “hard time” matching both cameras in post-production: it took me 6 nodes on DaVinci Resolve to match both cameras perfectly.

I decided to give CineMatch a try, and I was very impressed. In just two clicks, I was 95% there. It’s not often that I’m impressed by a plugin, but CineMatch seems to really hold all its promises. We plan on doing a full review of the plugin soon, so stay tuned on CineD to learn more about this plugin.

Back to our main topic, CineMatch v1.04 also adds camera support for the Canon EOS R5 and R6, which is a welcomed addition.

This CineMatch v1.04 update is free for all CineMatch owners. The CineMatch for Adobe Premiere Pro plugin currently retails for $199, similar to the DaVinci Resolve plugin. If you want to get both plugins, you can purchase a bundle for $299.

If you want to download it and give it a try for yourself, please visit CineMatch’s website here.

What do you think about this CineMatch v1.04 update? Did you already try CineMatch? Don’t hesitate to let us know in the comments below!