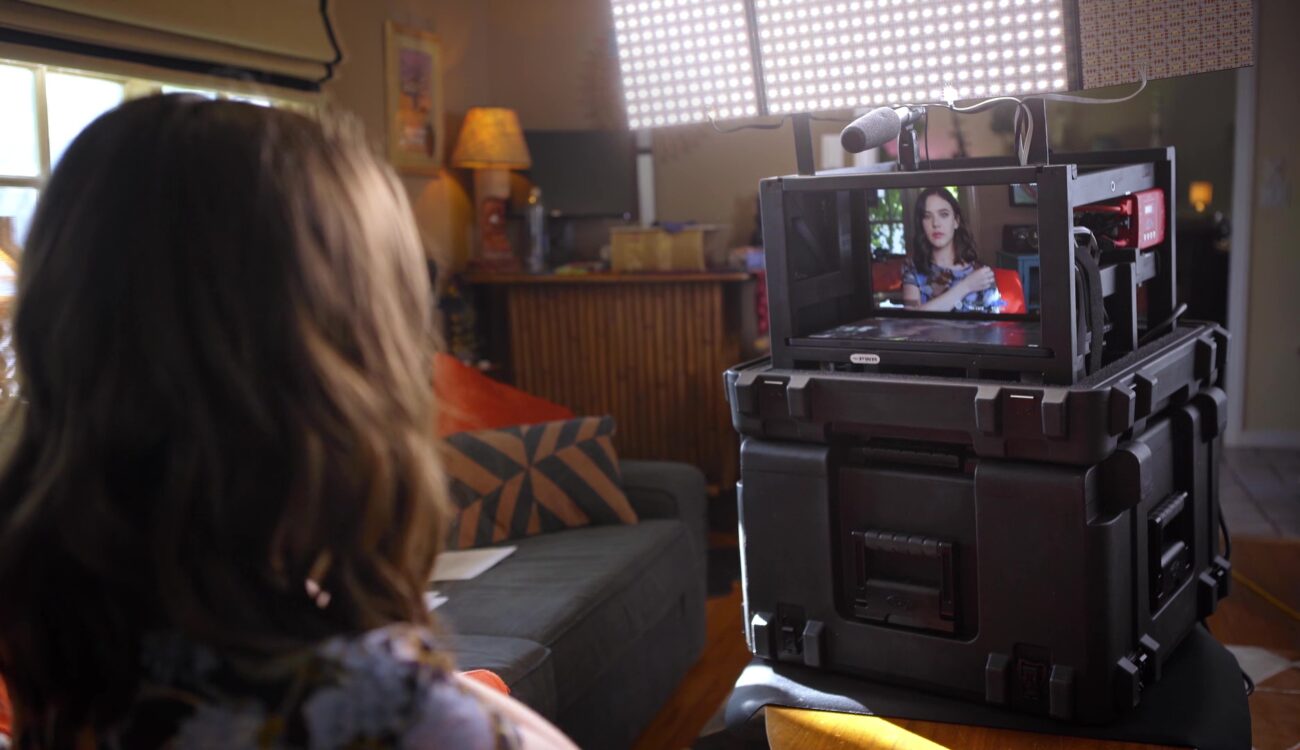 Crew in a Box is a product/service that was launched in June 2020 in LA. It offers an all-in-one remote production solution with a BMPCC 6K camera, light, two screens, and two microphones – all packed in a rugged box. The whole box is remotely controlled by a trained cinematographer so the talent only has to position the box, open the light, and put the microphones in place. Other participants can be virtually on set via a teleconference as well.

2020, the year of social distancing, introduced many new challenges not only for our filmmaking industry. With challenges, there are always certain opportunities that come hand-in-hand. We have seen many productions focusing more and more on live streaming and remote productions. CineD also didn’t sleep as we have conducted dozens of virtual interviews instead of being on trade shows physically.

Ira Rosensweig, Dallas Sterling, and Jeremy Fernsler from Los Angeles also saw an opportunity and they created a new product/service called Crew in a Box. Let’s take a short look at their offer.

Crew in a Box

Crew in a Box describes itself as a professional-quality, plug-and-play, remote production solution. It is basically a 2-foot rugged box equipped with a camera, light, microphone, and a teleprompter/interrotron. The camera used is the Blackmagic Pocket Cinema Camera 6K. The three-part bi-color LED light is 3-foot wide when unfolded. Each panel is also dimmable. Finally, there are two microphones – a hyper-cardioid condenser and a lavalier mic.

The talent can simply open the box, plug it in, and connect to a remote team of filmmakers who can control every aspect of the shoot. Agency and clients can join a video conference where they can view the image feed straight out of the camera and participate as if they were on set.

The screen underneath the camera is projected on a glass in front of the camera. It can act as a standard teleprompter that displays any text for the talent to read. It can also act as an interrotron – it can display the video feed directly from the videoconference – director’s or client’s laptop. The talent can then speak with him or her and look straight into the camera at the same time.

For off-camera eye-line (speaking with a virtual interviewer that would sit next to the camera), the Crew in a Box also includes a secondary monitor, that can be placed on each side of the box. The monitor can also display either a rolling text or the interview partner.

Before coming into the talent’s home, the box gets disinfected. The talent also gets a pre-production video briefing that will help find the best location to place the box.

After lifting the lid of the box and plugging it in, the Crew in a Box automatically connects over the internet using the included bonded cellular technology.

Once connected, a trained cinematographer from the Crew in a Box team instructs the talent to adjust the position of the box for the best framing. The full control of the camera, audio, and light is being done remotely by the cinematographer as well.

The recorded material is saved directly in the box. The footage can be sent to the client right after the shoot either by shipping the drive or with a remote data transfer. The box can also live stream the image directly.

Crew in a Box is currently available for purchase, or as a rental with an operator and the necessary production support. Price has not been announced. If you want to know more, the best way is to contact Ira Rosensweig directly. The company is located in Hollywood, CA.

What do you think about the idea of Crew in a Box? Do you think this type of solution will be neccessary in the next years? Have you done any remote production this year? Let us know in the comments section underneath the article.