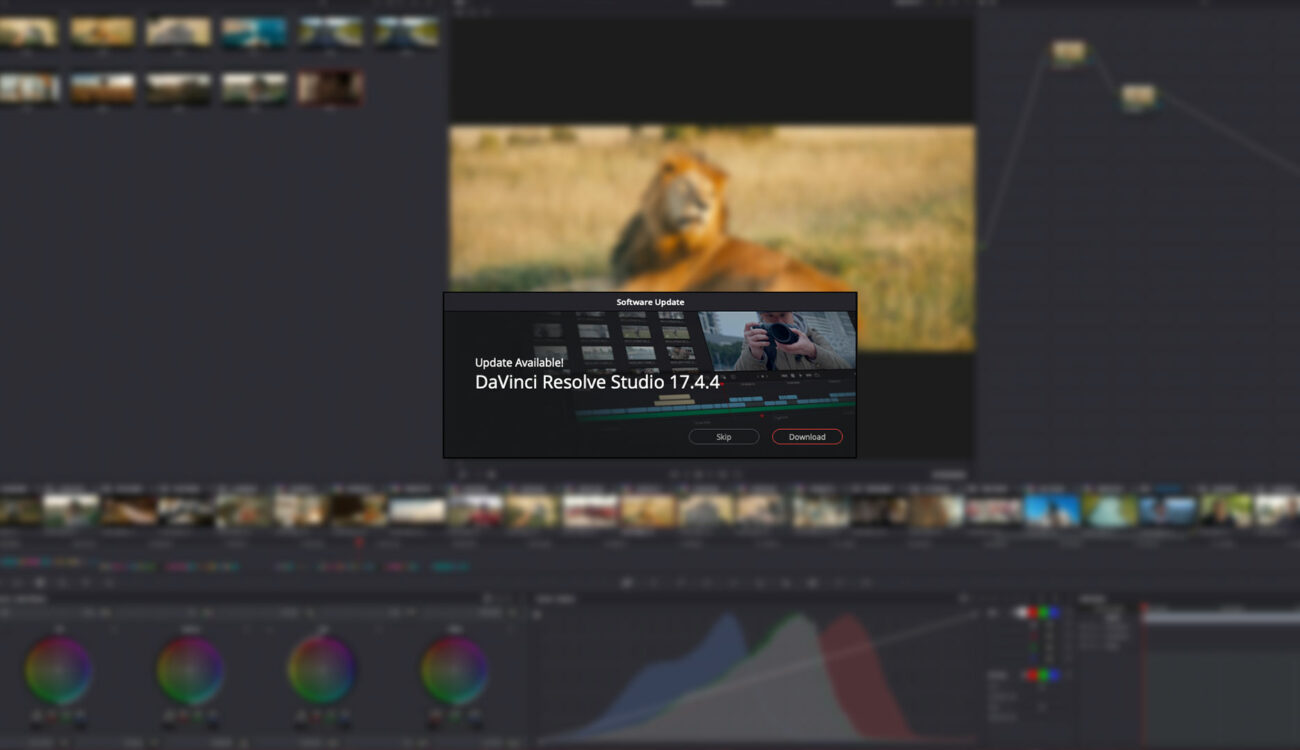 DaVinci Resolve 17, the popular NLE from Blackmagic Design, has been first released back in November 2020. Since then, many betas and final release subversions introduced countless optimizations, new features, and bug fixes. It remains to be seen when the company makes the big leap again and releases DaVinci Resolve 18. Until then, we will keep getting additional subversions – now Blackmagic Design releases version 17.4.4. Let’s take a look at what is new.

Perhaps the most notable feature of the new Resolve 17.4.4 is the support for Blackmagic RAW SDK 2.3. Furthermore, Blackmagic Design added support for browser-based authentication for Dropbox and YouTube, support for further formats encoding on Apple Silicon devices, and more. The full list of the new improvements look like this:

As always, the latest version of DaVinci Resolve is available now as a free download from the Blackmagic Support Center. The full Studio license of DaVinci Resolve 17.4.4 is also available on the same page, but you will need to purchase an activation code in order to launch it. The full license for two computers costs currently $295 or you can get the license with a Blackmagic Speed Editor (check our review here) for $395. The license also comes with all new Blackmagic Design cameras.

When it comes to database, DaVinci Resolve 17.4.x requires a database upgrade from Resolve 16.2.7 and previous versions. It is strongly recommended that you back up your existing database (both DiskDB and PostgreSQL) and then restore that database for the upgrade before upgrading to this release. There is no database change from 17.x.

Is DaVinci Resolve your main editing software? What do you think of the latest update? Let us know in the comments section underneath the article.