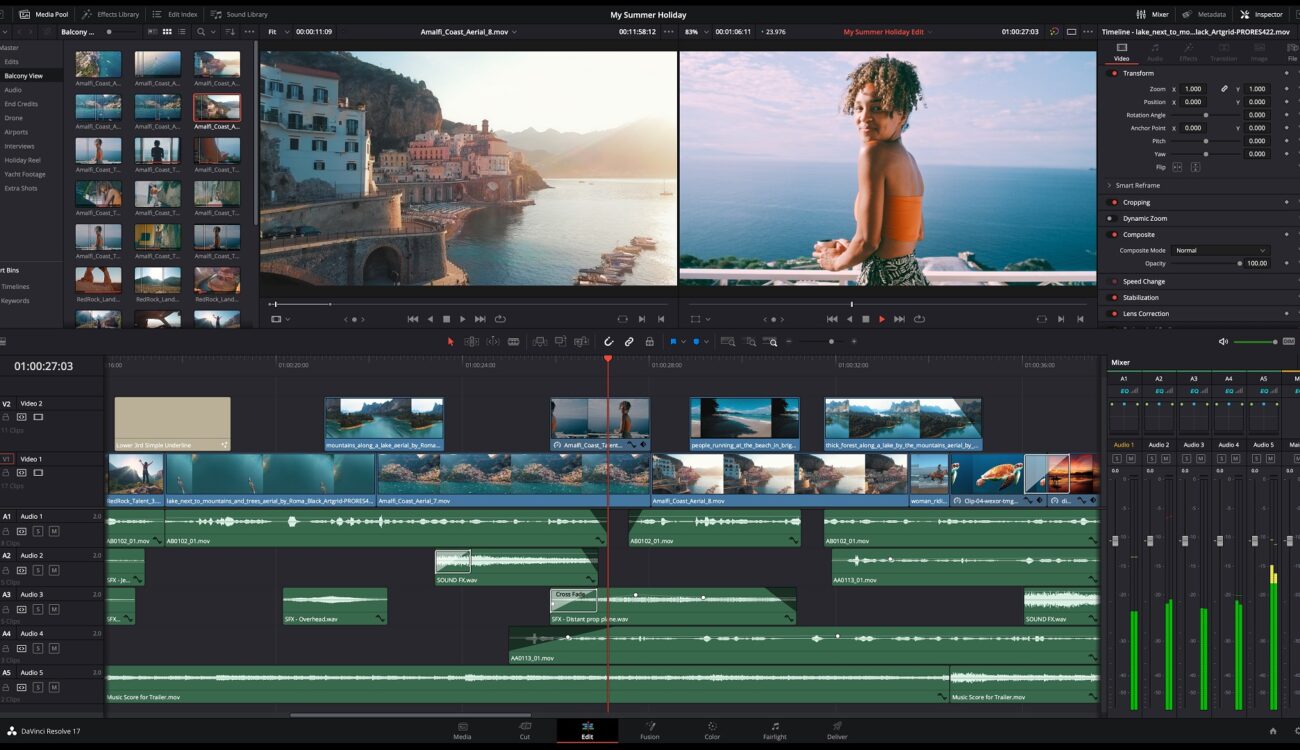 The new DaVinci Resolve 17.4 brings support for hardware-accelerated Apple ProRes and full use of 120Hz displays on Apple MacBook Pro laptops with an M1 Pro and M1 Max chip. Furthermore, there is now a native Dropbox and Dropbox Replay integration and many other new improvements.

Roughly 14 days ago, we received the new DaVinci Resolve 17.3.2 version from Blackmagic Design. Now, in reaction to the new MacBook Pro laptops from Apple, Blackmagic Design is releasing a new version of Resolve – the 17.4. Apart from the optimization for the new M1 Pro and M1 Max machines, the new Resolve brings plenty of other improvements and optimizations. Let’s take a look at what is new.

As anticipated, the new Apple MacBook Pro laptops triggered a wave of excitement among many creators. Although we still have to wait for real-world reviews, it seems like the laptops again offer an unprecedented combination of power and effectivity (low battery consumption), which is vital for working on demanding tasks on the go. When the first Apple M1 MacBooks came last year, Blackmagic Design was very quick with releasing an optimized version of DaVinci Resolve for the ARM-based architecture. Now, the situation repeats itself.

This is the full list of the new features in the DaVinci Resolve 17.4:

As always, the latest version of DaVinci Resolve is available now as a free download from the Blackmagic Support Center. The full Studio license of DaVinci Resolve 17.3.2 is also available on the same page, but an activation code has to be purchased in order to launch it. The full license for two computers currently costs $295, but with the purchase, you also get a free Blackmagic Speed Editor (check our review here). The license also comes with all new Blackmagic Design cameras.

When it comes to database, DaVinci Resolve 17.4 requires a database upgrade from Resolve 16.2.7 and previous versions. It is strongly recommended that you back up your existing database (both DiskDB and PostgreSQL) and then restore it for the upgrade before upgrading to this release. There is no database change from 17.0.

What do you think about the new DaVinci Resolve 17.4 update? Are you planning to purchase one of the new MacBook Pro machines with the M1 Pro or M1 Max chip? Let us know your thoughts in the comment section below.