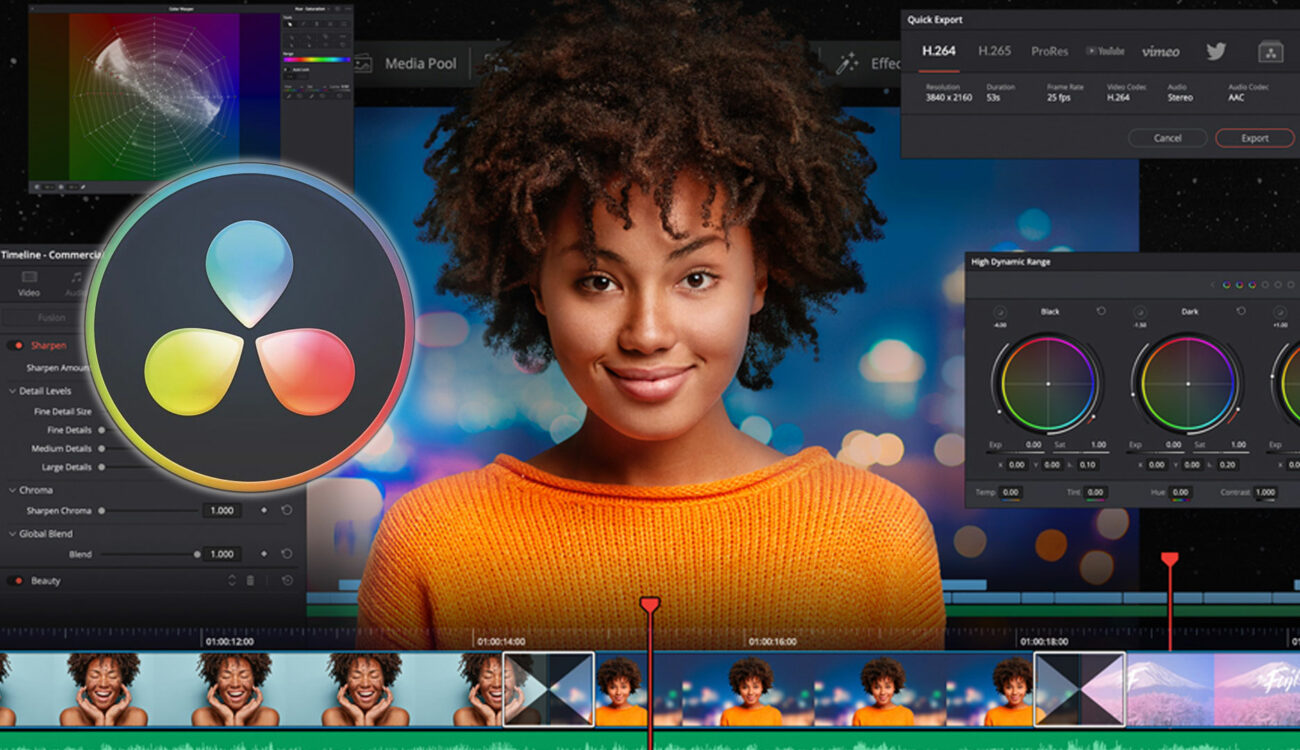 Blackmagic Design just released an update for its famous DaVinci Resolve Studio 17.4.2 NLE and color correction software. This update improves playback performance for Fusion titles and effects and addresses a lot of issues and support for the latest RED SDK. Let’s take a closer look at it!

Blackmagic Design released DaVinci Resolve 17 back in February this year after a pretty long beta period. Regularly, the company releases updates that improve the performances of its famous NLE/color grading software, like the previous 17.4 updates that included support and optimization for Apple M1/M1 Max computers.

To improve the performance of its software, Blackmagic Design has just released DaVinci Resolve Studio 17.4.2, which is a “minor” update but fixes a lot of bugs and improves the software’s capabilities.

This latest DaVinci Resolve Studio 17.4.2 improves the playback performance for Fusion titles and effects significantly. At CineD, we’re using Resolve as our primary video editing software, and it’s nice to see that Blackmagic Design took the time to improve Fusion playback performances, which is not the software’s most optimized Page, to say the least.

Also, this latest update now supports RED’s latest SDK for optimal performances. Below is a list of all the other changes and fixes:

Here are the changes related to the audio/Fairlight Page:

And last but not least, here are the changes to the Color/Render pages:

As you can tell, DaVinci Resolve Studio 17.4.2 is not a “major” update. Still, it is always lovely to see Blackmagic Design working hard to improve what has become one of the best video editing software in the industry.

This DaVinci Resolve Studio 17.4.2 is available now at no charge for existing customers. You can download it directly on Blackmagic Design’s support page here.

The “standard” DaVinci Resolve version is still available to download for free. The Studio version is $295.00/€267.

What do you think about this latest DaVinci Resolve Studio update? Do you often use the Fusion page? Don’t hesitate to let us know in the comments down below!