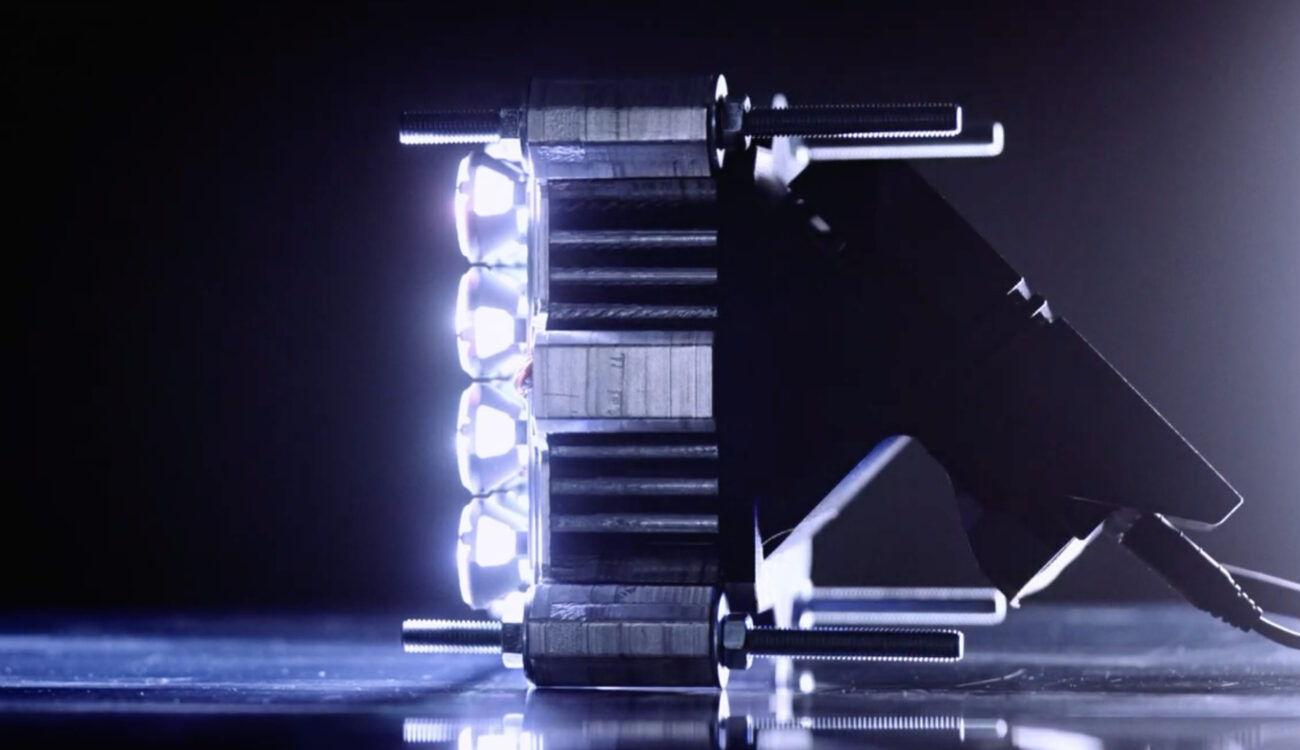 Digital Sputnik produces a small yet versatile range of lighting equipment. While their offerings are on the opposite side of budget-friendly, each product allows the ability to achieve stunning results with efficiency. Moving forward, this small product range expands with the addition of the Digital Sputnik Apollo 1 lighting fixture. Here’s a dive into the new product and the current range.

With their initial launch, Digital Sputnik introduced only one light: The DS1. Based on a LEGO-inspired design, the DS1 system provided full RGB lighting in a modular package that was compact and battery-powered. Yet the small light packed a huge punch, providing output equivalent to a 100W HMI or a 500W tungsten fixture.All in a 4 by 4-inch package.

This brick-style design was also created to be scalable, as multiple heads could be attached to create an array. Now years later, Digital Sputnik is releasing what appears to be the successor to the light they initially released. Staying true to their space program naming theme, the Digital Sputnik Apollo 1 is claimed to be brighter, lighter, and more intelligent.

Let there be light

The Apollo 1 looks very similar to its predecessor in terms of style and design. Both feature the same brick-style design and 16 RGBW LED lights. According to the release documentation from Digital Sputnik and the DS1 specs from B&H, both lights offer the same output of 32000 lux at 1 meter. Since this is still an early announcement, these specs might just be a placeholder. We’ll have to wait for the product release to see what upgrades will come with the new lighting fixture.

The other offerings from Digital Sputnik, the DS1, and the Voyager Smartlight, are fundamentally similar to other products on the market. There are similar fixtures, although different in shape and design, that offer the same output and RGB control.

Look at Aputure and Quasar Science for example. However, Digital Sputnik has stood out from the mass market by focusing on the quality of light and efficiency in production. Much like Arri, their products are produced in smaller quantities when compared to other manufacturers, but offer greater quality and control during production. This is why you see DS1 lighting kits on film productions such as Rogue One: A Star Wars Story, Independence Day Resurgence, Pacific Rim 2, Ghost in the Shell, Glass, The Mandalorian, Dune, Batman, Lion, and many others.

By focusing on quality and efficiency, Digital Sputnik has cemented their products in the market, where the likes of Aputure will struggle to meet them. Their team has even tested the connection of 100 Voyagers Smartlights via a single app during one project.

Unfortunately, the question is rather “CAN you get it?” Digital Sputnik lights are pricey, with a single DS1 unit starting at $2,500. The racks in the photo above are well over $10,000. It is safe to assume that the Apollo 1 will fit the same pricing structure.

The Apollo 1 will be coming soonTM, pricing is still tba.

What do you think of this upcoming offering from Digital Sputnik? Is this something you want in your kit? Let us know in the comments!